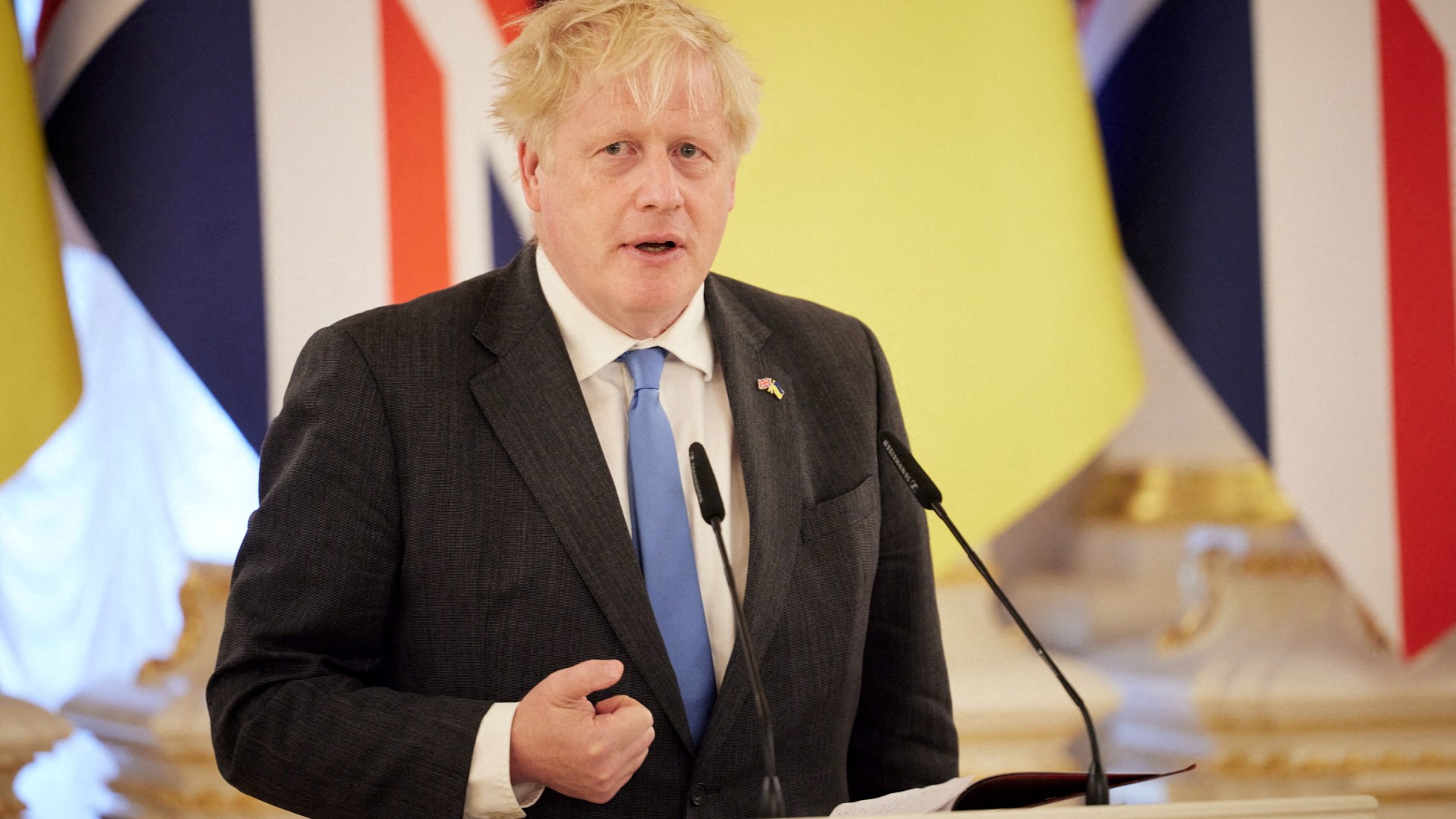 IT is grimly ironic that the man who made his career with the phrase “Take back ­control” is still doing so little of it.

But first we will cut Boris Johnson some slack, unfashionable though that is.

It is not his fault that, in a global cost-of-living nightmare triggered by Covid, Putin-sympathising thugs running the rail unions aim to make matters worse.

Next week’s strikes — crippling the network, damaging the economy and backed by Labour — are needless and nakedly political, the plan being a “summer of discontent” over Tory rule.

Hard-up families and stressed commuters are the militants’ cannon fodder.

Meanwhile Brussels is suing us over our bid to stop their hyper-zealous customs checks leaving UK citizens in Northern Ireland facing empty shelves or even a return to bloody violence.

They know their sacred “protocol” is dangerous. They don’t care.

They want to leave the Brexit door ajar for a Labour Remainer Government to push open.

Nor is it Boris’s fault that the Rwanda offshoring policy for illegal economic migrants has been upended by the European Court of Human Rights.

It is the right solution, albeit a last resort.

And no one has a better idea.

Boris must tackle all three crises next week in the teeth of a rabid Remainer hate campaign amplified by the major TV networks whose efforts to depose our elected PM are unprecedentedly blatant.

This, after two hellish years of Covid, is the bleak hand he has been dealt.

Boris is lucky only in his enemies.

There is no obvious Tory successor.

His Labour alternative Keir Starmer is a shifty and utterly uninspiring chancer.

That won’t be enough to keep the PM in power. Not unless, like Maggie Thatcher with the miners, he faces down the strikers.

Their power to close a vital service MUST end.

Not unless, too, he abandons the Protocol if Brussels will not agree his sensible “two lanes” compromise.

And not unless he forges ahead rapidly with the new Bill of Rights, ending the ECHR’s veto over our Governments and courts.

Even then Boris must be FAR bolder on the economy.

Our liberation from the high-tax, over-regulated EU is being squandered.

The huge ­burden on workers and businesses is now suffocating.

Small wonder our growth, dismal for more than a decade, is now at zero.

But until he takes a scythe to tax and regulation it will remain what it seems: A fantasy.

IF Ukraine can host Eurovision safely in 2023, they still should.

If not, let’s hold the giant extravaganza here . . . maybe at Wembley.

It’s got the space, man.