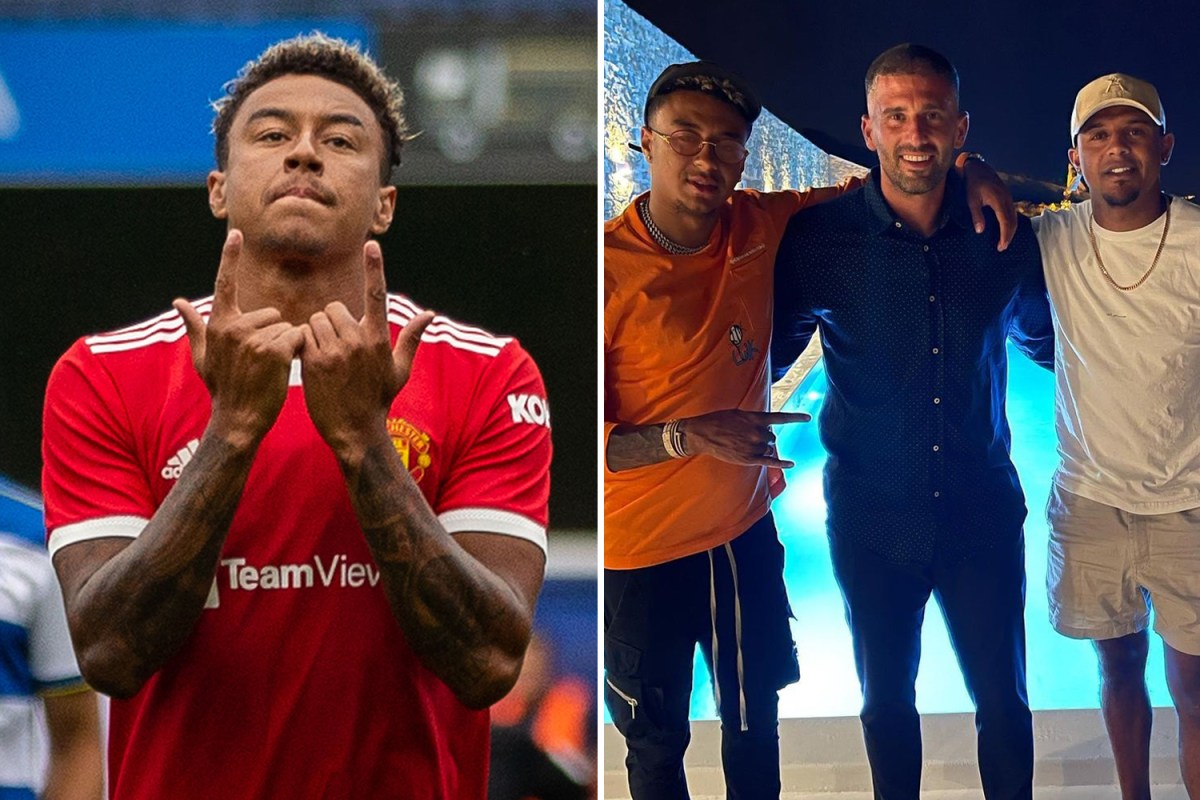 
MANCHESTER UNITED star Jesse Lingard revealed he turned to drink to ‘try to ease the pain’ during bad periods at Old Trafford.

The midfielder did a stunning job of reviving his career at West Ham last season and has revealed how dark it got before his brother helped bring him back.

In March 2020, Lingard, 28, had played just twice for United that season and was getting regular abuse on social media.

And it was at that stage things were dark for Lingard and he decided – along with brother Louie Scott and analyst Alexiadis Alexandros – to launch his Jesse 2.0 project.

Lingard – who has 29 England caps – spoke to Jamie Redknapp via the Mail and was asked if he feels he has changed as a person since those dark days.

And the playmaker said: “Definitely. We had times during the bad periods when I started to resort to drinking at night and that wasn’t me.

“I was bottling up so much in my head that I had resorted to drinking to try to ease the pain.

“Louie was looking at me and thinking, ‘That’s not my brother’.

“I’ve never been a big drinker, but I was resorting to that for my own peace.

“When I finally opened up and started speaking to family, it really helped. I owe it to them.”

Lingard, who narrowly missed out on a spot in Gareth Southgate’s Euro 2020 England squad, enjoyed an impressive spell boosting West Ham’s attack from January to June this year.

And his efforts helped the team finish sixth in the top-flight last term and qualify for the Europa League.

Back in July, he took to Instagram to give fans an insight into Jesse 2.0.

Lingard shared a picture of him alongside Alexandros and thanked him publicly for his contribution.

He wrote: “Thank you @alexiadis_alexandros for the analysis last year and congratulations on getting your new coaching role fully deserved.

“Now lets get ready for the new season.”