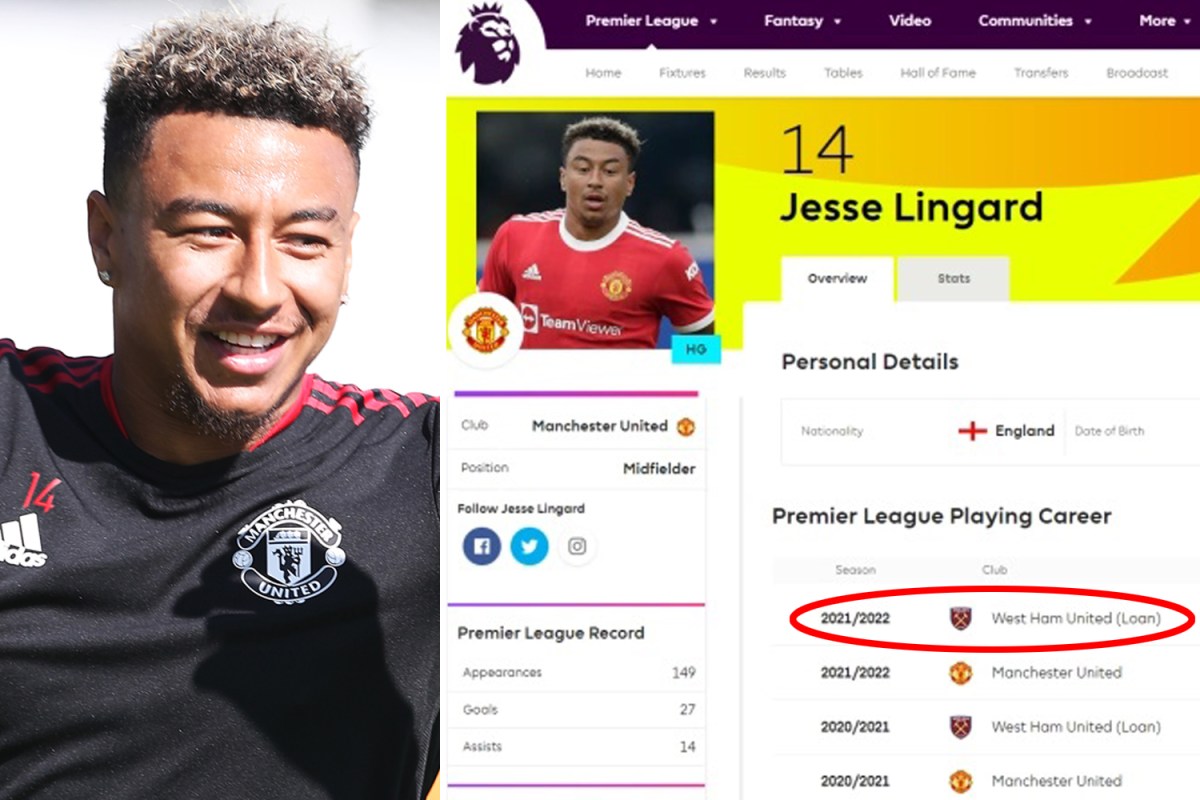 
JESSE LINGARD has been named as a West Ham player on the Premier League’s official website.

But he very much still belongs to Manchester United.

Lingard, who has been isolating after testing positive for Covid-19, enjoyed a stunning loan spell at the London Stadium last season.

The Hammers are eager to bring him back to East London, but have so far been left frustrated in their attempts to get a deal over the line.

On his profile on the Prem’s official website, however, he has been listed a West Ham player for the 2021-22 campaign.

They have him down as having joined on loan for the season, which happens to be the last on his current Man United contract.

He has not left Old Trafford, however, and after Saturday’s 5-1 thumping of Leeds, boss Ole Gunnar Solskjaer was keen to remind fans of how important Lingard could be this season.

The Norwegian, 48, said: “Don’t forget Jesse Lingard who has re-invented himself and has come back the man that we know he is with the quality.

“He is going to play a big part as well.

“Of course there could be more rotation. We will be fresher. We will have to have a big and strong squad to be competitive in this league.”

Thankfully, despite testing positive prior to United’s final pre-season friendly against Everton on August 7, Lingard has been ‘fine’.

He tweeted at the time: “Really gutted to have tested positive after a good pre season, luckily I feel fine and will follow the guidelines and be back with the boys on pitch very soon! Thank you for your support.”

As for Moyes, the Scot has refused to be drawn on his desire to work with Lingard again.

He said: “Well, you are talking about a Manchester United player, not a West Ham player.

We would like him to come and join us. That has been an open secret

“So you need to ask Ole about that. I can only talk to you about the West Ham players.”

Moyes’ assistant Stuart Pearce, however, was not so guarded.

He told talkSPORT this morning: “We would like him to come and join us. That has been an open secret. He was wonderful last year.

“The ball is in Manchester United’s court. He is contracted to them. We would like him with us, there is no doubt about that.

“His ability shone out last year and gave us a great option in our squad. You never know, but at this moment in time it looks like he is fighting for a place in the United line-up.”