Man Utd, City, Chelsea & Liverpool are in a genuine four-way race for Premier League title but none will win at a canter 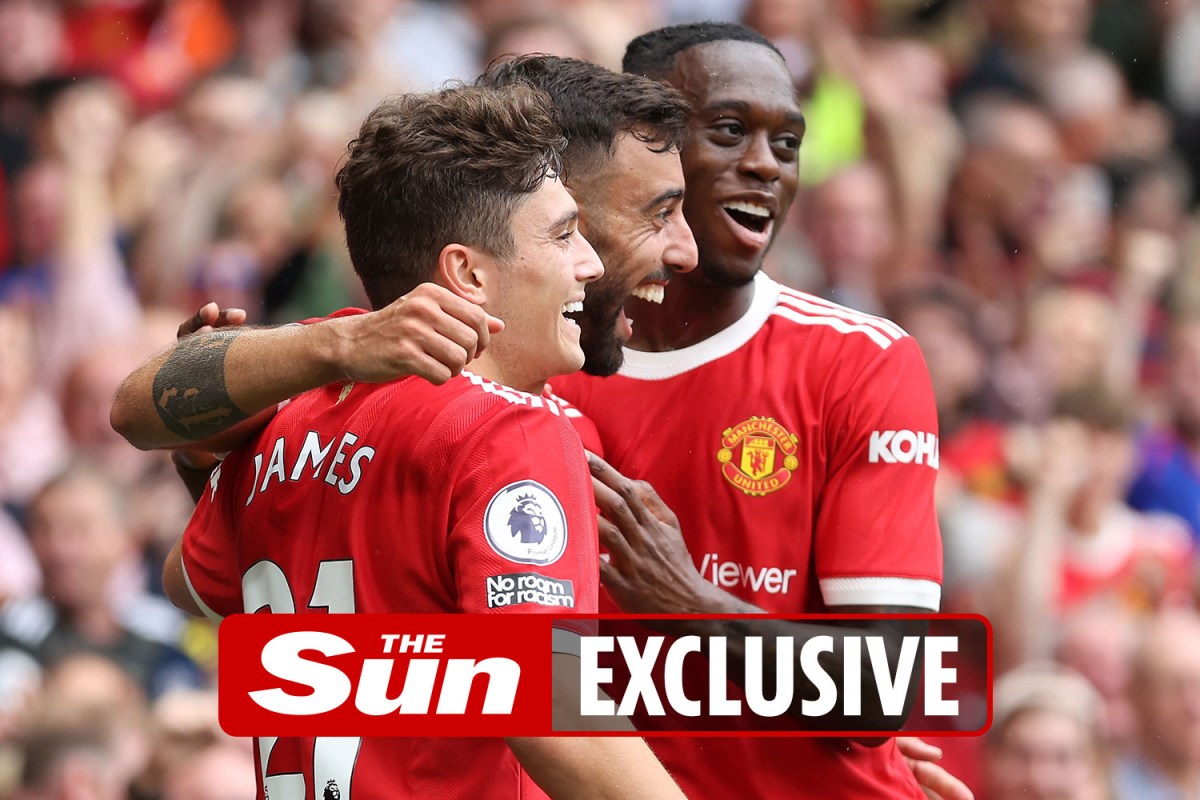 
YOU all know how much I love the gee-gees — well I can honestly say that this season we have a genuine four-horse race for the title.

All too often we kick off hoping the Premier League will go to the wire . . . and so many times we end up needing binoculars to see the side back in second.

Seven of the last nine champions have been able to coast home over the last month, they’ve been so far in front.

But not this time — not as it stands right now, anyway.

I’ll come to that in a moment but right now I couldn’t argue against anybody who fancied Manchester United, Man City, Chelsea OR Liverpool to win it.

Of course, if Harry Kane does end up at the Etihad that puts a different slant on it, because he makes such a massive difference.

It would be the same if he was going to United.

But right now you could throw a horse blanket over the big four at the start and keep it there for the whole season.

In fact the only thing I’d be certain about is that whatever happens with Kane, it will be a heck of a lot closer than last year.

There has been some fantastic business done this summer and I can’t wait to see how Jack Grealish goes at City.

I’ve made no secret of how much I love him and he could go to even greater heights in such a fantastic passing team.

If he keeps his head right — and there’s absolutely no reason why not — I can easily see Jack being Footballer of the Year.

But he’s far from the only signing who’s got me rubbing my hands . . . Romelu Lukaku is right up there as well.

Chelsea boss Thomas Tuchel reckons Rom is one of the top three centre-forwards in the world and there aren’t many better, for sure.

Last season, the missing ingredient was an out-and-out goalscorer — midfielder Jorginho was their most prolific in the league and he finished with seven, for Heaven’s sake.

Chelsea only managed 58 all season, the worst in the top four by some way and an incredible 25 less than City.

Well I can’t see that being a problem this time with Lukaku up there, because you’re talking a guaranteed 20-goals-a-season forward.

I must admit there were times in the past when I wasn’t sure about him, as he could have a real flat spot in games.

But he’s got his act together since going to Inter Milan — and he’ll come back to England a far better player than the one who left.

He’ll be right up there with Kane, Mo Salah and the rest.

Speaking of Salah, Liverpool will surely have better luck with injuries this season — and they’ll definitely be much closer.

A fully-fit defence with Virgil van Dijk running the show will be a lot tighter and having the crowd back at Anfield is massive for Jurgen Klopp’s men.

It’s more important to them than any of the top four. I’ve taken plenty of teams there over the years and it’s true that the Kop is worth a goal to them . . . at least.

With their fans in full voice and the team at full strength, Liverpool will be bang there — and I expect United to be alongside them, too.

I’m really looking forward to seeing Jadon Sancho, he’s a player who really excites me and they’ll be even harder to score against once Rafa Varane is alongside Harry Maguire.

As for picking the winner? Well, if Kane is in a City shirt, that sways it for me, even though I don’t like backing odds-on shots.

Beyond the four, Leicester will probably push hardest to crack it and can beat anyone on their day.

They’re a dangerous side, with a great manager and everything is in place.

I can see Aston Villa pushing on from last season and they could be top-eight.

And I hope West Ham are up there again but Europe won’t help because they’ve not got a big squad.

Sadly, I think the three promoted clubs will all struggle, especially Watford — although I give Brentford the best chance of staying up.

And it could be a long nine months for Crystal Palace, who have made a lot of big changes in one hit as well as Roy Hodgson going. I can see them having a tough time of it.

But above everything else I’m just delighted that we’re off and running again. What a season it promises to be . . . I can’t wait.

INGS WILL GET BETTER, VILLA

LOSING Grealish is obviously a blow for Aston Villa but the incoming signings are impressive — and none more so than Danny Ings.

Even without their main man, I can see Villa having a good season and with Ings up front they won’t lack goals.

No doubt Kane and Lukaku will be right up there but if you want a decent outsider in the race to be the Premier League’s leading scorer, it has to be Ings.

Don’t forget that two seasons ago he finished just one behind top dog Jamie Vardy, for a Southampton side which was hardly the most prolific.

Ings had better than a goal every other start for Saints, nearly the same in over 100 games for Burnley and his one chance with a big club, at Liverpool, was wrecked by injury.

Given a clean bill of health, he’ll give you a great run for your money.

KANE’S AND MOD NOT A ROCKER

THERE wasn’t a soul who seriously expected Kane to play in Spurs’ opening game against City on Sunday.

But I’ll tell you one thing — if he has to wait a while longer for his move, there’s no way he would ever refuse to turn out for them, however frustrated he may be.

It reminds me very much of when Luka Modric wanted to join Chelsea, who were offering to treble his money, and we refused to sell.

I asked him if he’d play and he just said, ‘OK, no problem’.

He was great for us all season and ended up getting a move to Real Madrid, so it didn’t work out too badly for him.

Harry’s the same sort of character and if Tottenham need him, then he’ll be fine.

Although having said that, I do think the deal will be done — even if Daniel Levy makes City wait a bit longer before it’s all agreed.