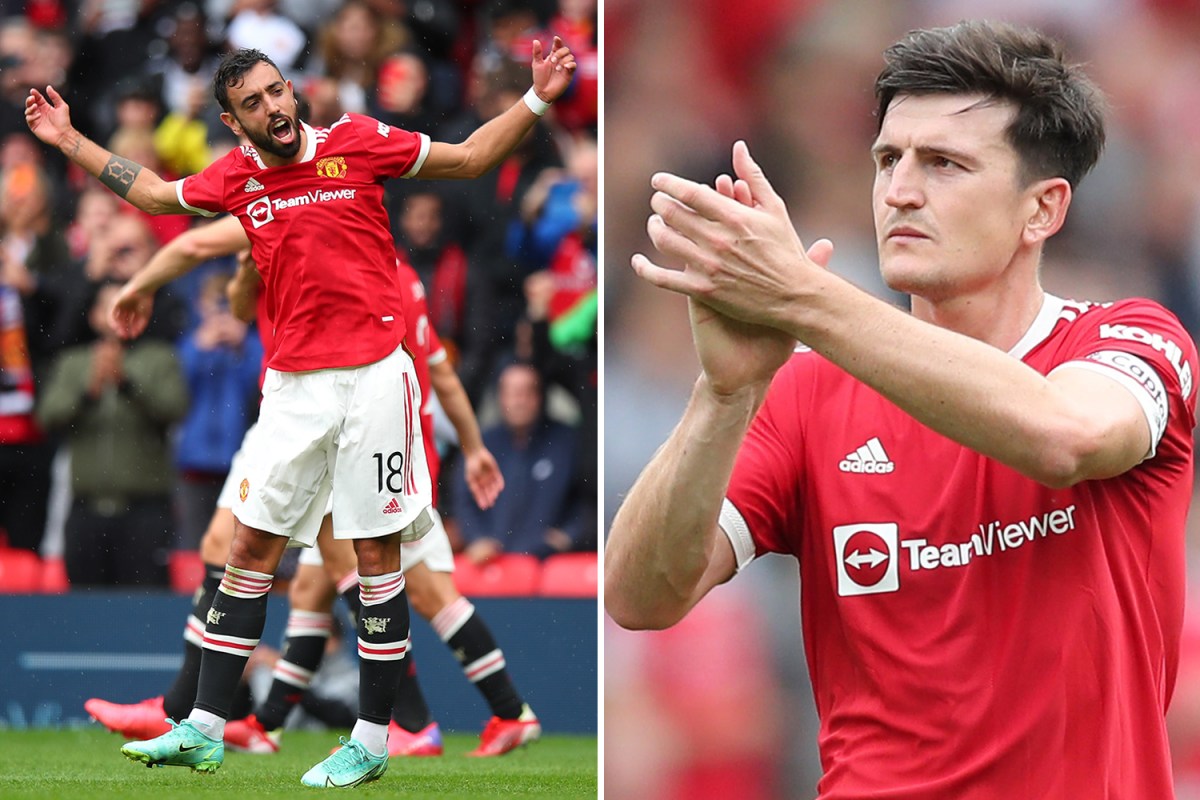 
HARRY MAGUIRE has warned there is much more to come from Manchester United.

The Red Devils launched their title challenge with a 5-1 thumping of Leeds on Saturday. And Maguire vowed: “There’s still a lot more to come.”

The United captain added: “We’re missing numerous players. We’ve had a little bit of a stop-start pre-season obviously, with the Euros and people coming back at different times and people having to quarantine and things.

“We knew how important it was not to use that as an excuse because Leeds, they’ve had the majority of their squad for the full pre-season. We knew how fit they’d be.”

Maguire admitted United’s stunning start was down to the way the players have kept fit over the summer.

The England defender, 28, added: “It’s credit to all the lads who have been resting in the summer for the three weeks.

“Everyone’s kept in amazing shape because you know in a couple of weeks you’ll be playing a huge game at Old Trafford back in front of the fans against Leeds.

“Credit to all the boys for the way they’ve looked after themselves.”

Raphael Varane’s £42.7million transfer from Real Madrid was signed off too late for him to be involved on Saturday.

And Maguire cannot wait to link up with the 28-year-old French World Cup-winning defender.

He said: “He’s played in some of the top teams about – the French squad and the Real Madrid team – and he’s won absolutely everything.

“I think he’ll bring that winning mentality to the club and he’ll also bring his footballing ability.

“At one of the biggest clubs in the world you don’t expect to have an easy ride and have no competition for places.”