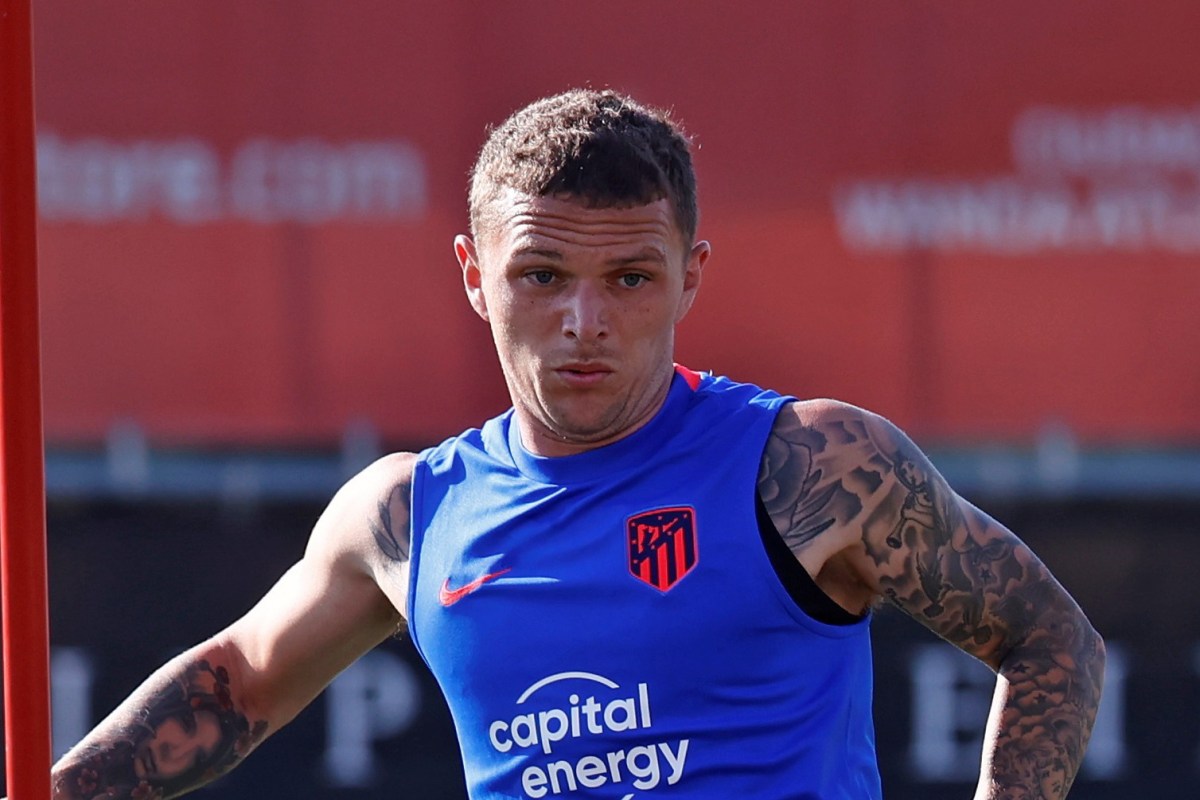 
MANCHESTER UNITED and Arsenal’s hopes of signing Atletico Madrid ace Kieran Trippier have been dashed by the club.

The La Liga Champions will reportedly stop listening to offers for the defender who they say is an integral part of their future plans, according to AS.

Only a bid that meets their £51million valuation of the ex-Tottenham right-back could potentially entice the Spaniards to start any negotiations.

But both United’s and the Gunners’ previous offers have fallen short of the hefty figure.

The Red Devils were linked with a £30million switch for the Atletico Madrid star throughout the summer as they looked to bolster their defence.

Trippier, 30, would have provided competition for Aaron Wan-Bissaka at right-back.

However Diogo Dalot impressively occupied the role in United’s pre-season so Ole Gunnar Solskjaer may decide to stick with him this season.

Plus with the joint double signing of Jadon Sancho and Raphael Varane, which cost United a whopping £115m, Atletico’s asking price seems like a tall order.

Arsenal on the other hand have cash to splash and could be undeterred by Atletico’s latest stance on Trippier.

Although they just splurged £50m on Ben White, it’s been claimed that boss Mikel Arteta is still keen to strengthen his squad.

And as Hector Bellerin looks set to be heading for the exit, Arteta will need to find a replacement for him.

The Spaniard is reportedly so desperate to leave The Emirates that he’s willing to take a huge pay cut to make it happen.

Both Inter Milan and Barca are said to be interested in helping the 26-year-old end his Gunners nightmare.