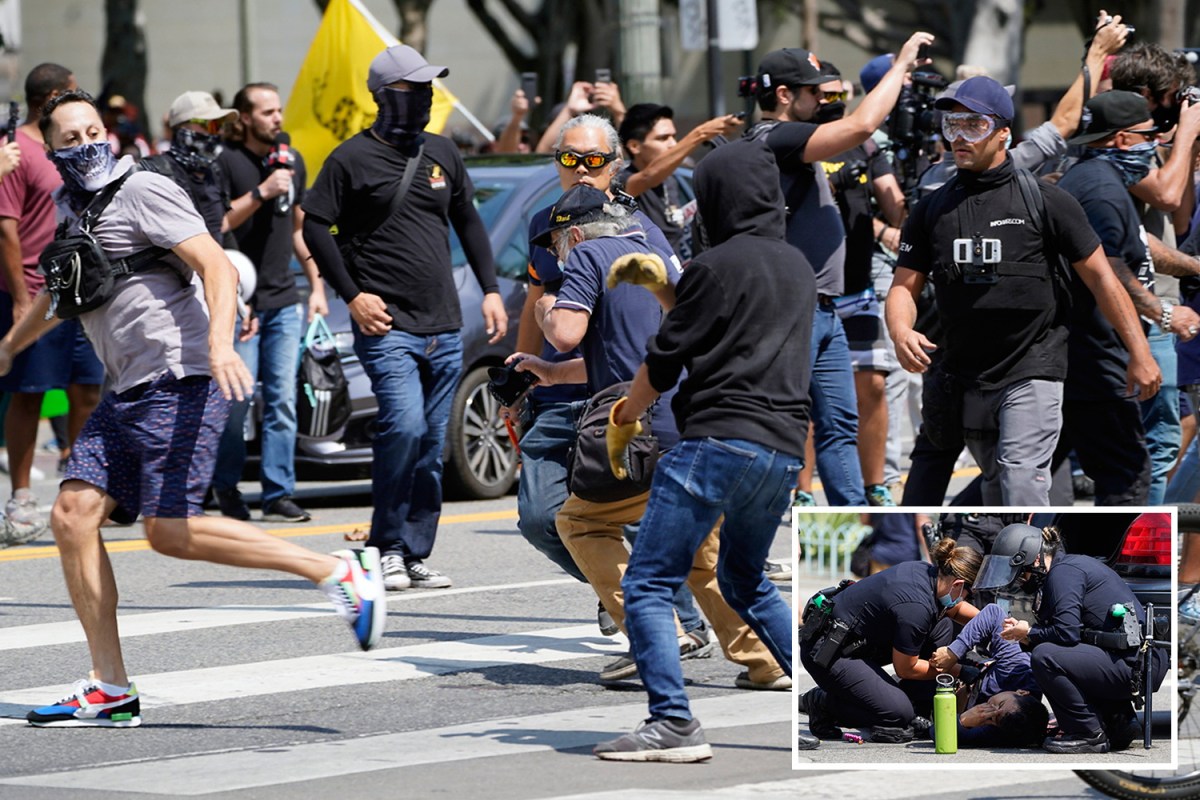 
A MAN was stabbed and a radio reporter was beaten up when a massive brawl erupted outside Los Angeles City Hall between suspected Antifa and anti-vaxxers.

But counter-protesters dressed in black could be seen spraying mace at the anti-vaxxers who were yelling death threats at them, the LA Times reported.

About half an hour into the stand-off yesterday, a fight broke out.

The LAPD confirmed one man had been stabbed during the brawl.

He was taken to a nearby hospital, where he is in serious condition.

No arrests have been made but an investigation is ongoing, cops say.

One protester could be heard screaming “unmask them all” while others lashed out towards TV news camera operators.

Even though there is no blanket rule forcing people to get vaccinated in California, some cities are now requiring proof of vaccination.

KPCC radio reporter Frank Stolze was seen walking out of the park near City Hall being rounded on by anti-mask protesters, the Los Angeles Times reported.

One man was seen kicking him.

Stolze told a police officer he had been assaulted while trying to conduct an interview.

Later Stolze tweeted: “Something happened to me today that’s never happened in 30 years of reporting.

“In LA. @LAist. I was shoved, kicked and my eyeglasses were ripped off of my face by a group of guys at a protest — outside City Hall during an anti-vax Recall @GavinNewsom Pro-Trump rally.”

Stolze added he was not injured.