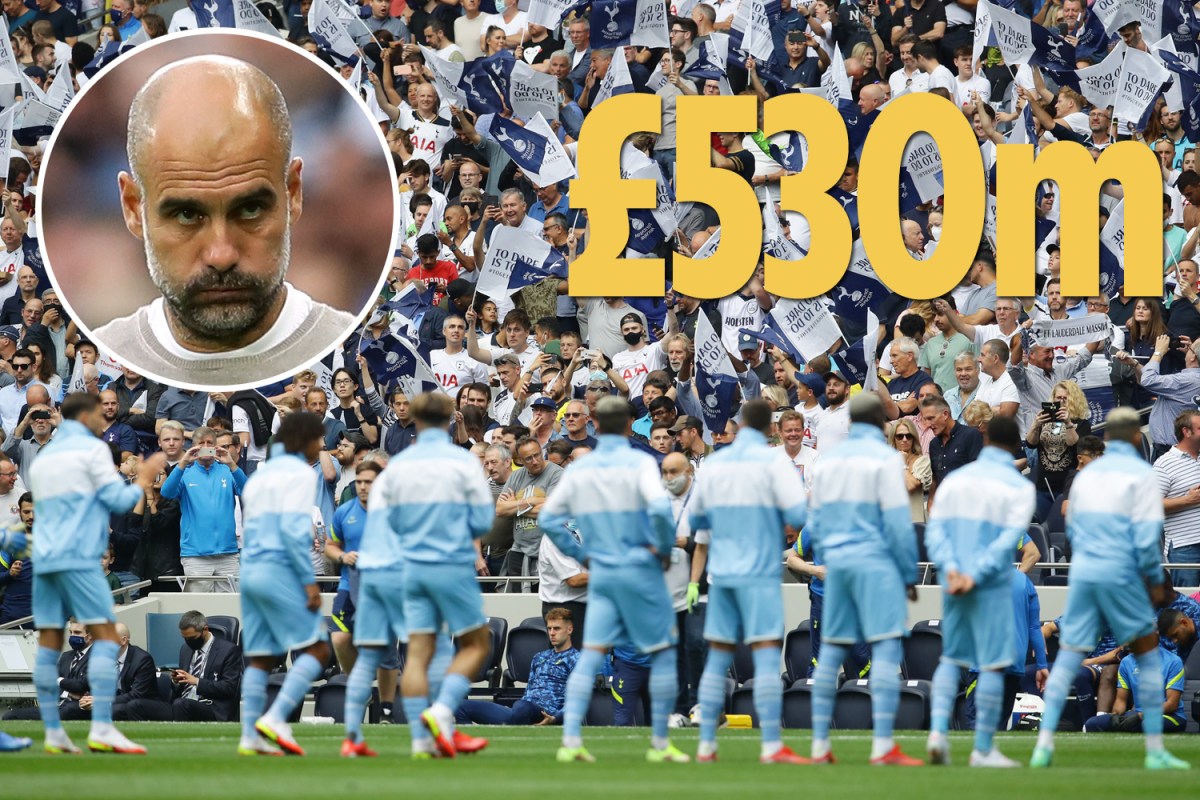 Pep Guardiola’s side included new £100m signing Jack Grealish, with nearly £300m worth of talent on the bench.

City’s goalkeeper for their Prem opener was their undisputed No1 Ederson Moraes, signed from Benfica for £34.9m in June 2017.

At right-back was Joao Cancelo, costing £60m from Juventus, while £49.3m ex-Monaco ace Benjamin Mendy starred at the opposite side.

Alongside Grealish in midfield was Fernandinho, who cost City £30m in 2013, and Ilkay Gundogan – the cheapest player in the team at £20.4m.

Featuring on the left wing for Guardiola’s team was £49m man Raheem Sterling, while £60m star Riyad Mahrez starred down the right.

And completing the XI up front was Ferran Torres, signed from Valencia for an initial £20.8m in August 2020.

That takes the cost of City’s starting line-up to £528.9m – and they still couldn’t beat Europa Conference League hopefuls Tottenham!

And City’s squad could be worth even more if they manage to complete a deal for Tottenham striker and target Harry Kane in the coming weeks.