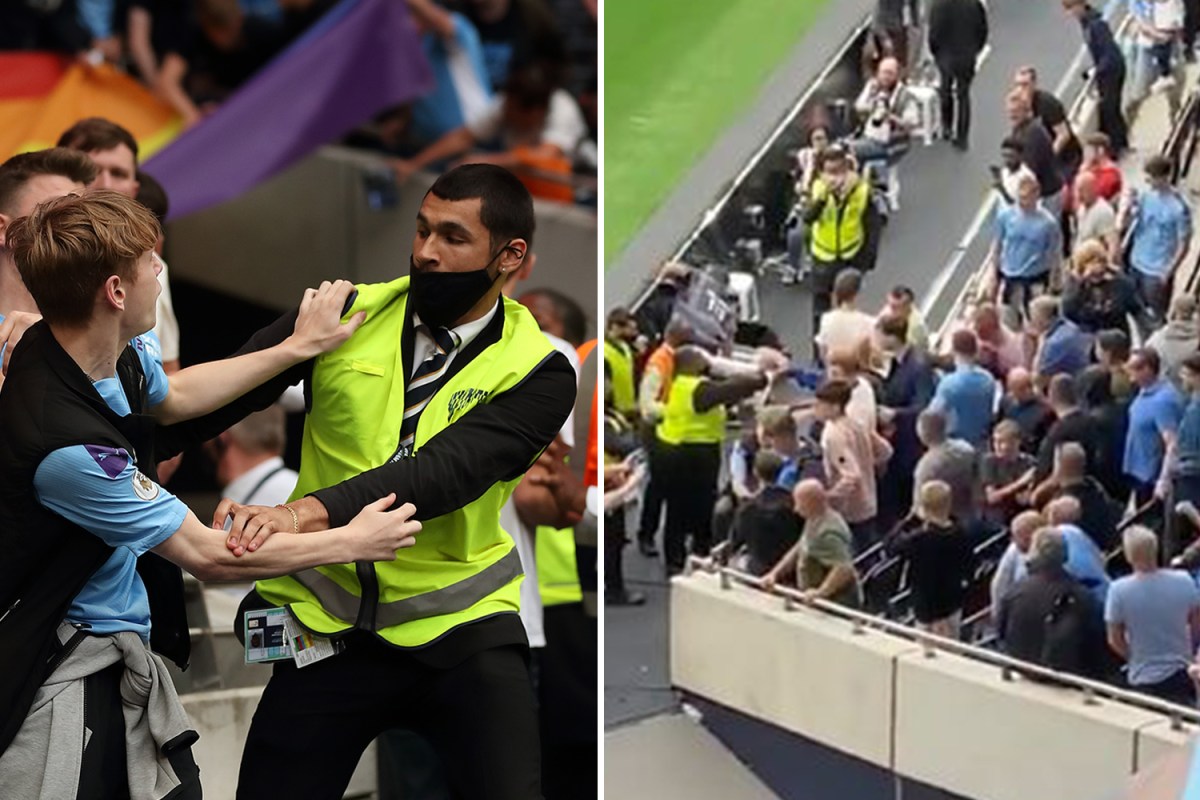 
MANCHESTER CITY fans clashed with Spurs stewards inside the Tottenham Hotspur stadium on Sunday before attempting to climb over barricades.

The shocking scenes occurred after Pep Guardiola’s Premier League champions suffered a 1-0 defeat in their first game of the new season.

Video footage showed some City supporters scuffling with stewards inside the North London arena at the final whistle.

And disgruntled City fans attempted to leap over barriers inside the ground as they collided with a strong security presence.

The clash came after a group of City supporters shamefully chanted ‘Sancho and Rashford let the country down’ before kick-off.

Bukayo Saka also failed to hit the target at Wembley in heartbreaking scenes.

But the three players were then subjected to disgraceful racist abuse.

There has since been a huge show of support from the public for the brave Three Lions trio.

Yet some City fans still decided to target Man United duo Sancho and Rashford on Sunday, singing they had let the nation down with their misses.

However, United had the last laugh as they thrashed their rivals 5-1 at the Theatre of Dreams.