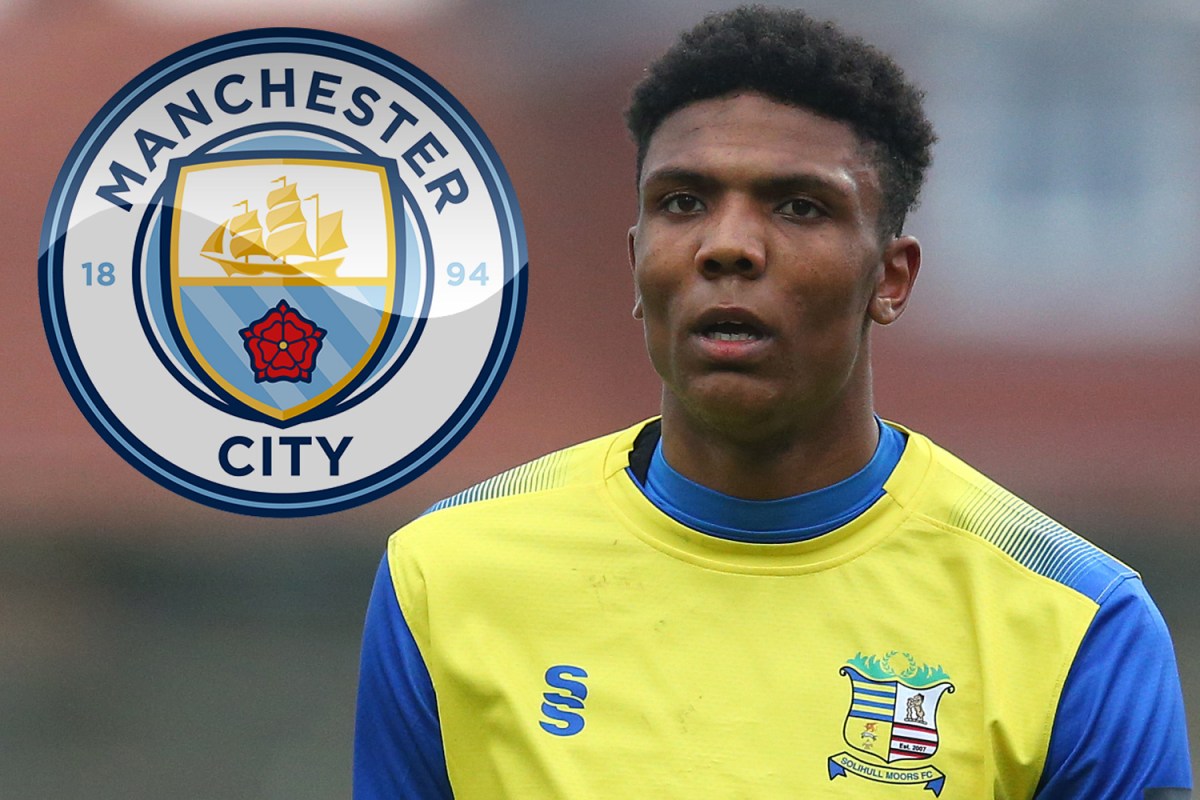 Retaining the Premier League title will be a tall ask for Pep Guardiola’s troops this season and he reckons the 6ft 9in striker could help them do so.

City initially watched a video of the forward, who plays in the National League, to see what he’s made of.

The Eithad giants were so impressed with they saw, they sent scouts to take a look at the 21-year-old in action on the weekend, according to The Athletic.

City also face competition for Hudlin, who thumped in nine goals in 35 games from a number of Championship sides including Cardiff City and Middlesbrough.

The six-plus footer has only been with at the Moors since October last year after scoring 25 goals in 22 games for Sunday league side Boldmere Falcons.

But the forward’s got even bigger dreams and has already revealed that he wants to play in the Champions League one day, so a move to City would be right up his street.

He said: “I am enjoying life at Solihull right now, but that doesn’t mean I don’t have aspirations in England and in the Champions League.

“I don’t want to run before I can walk and I understand how high the jump is to that level, but I want to make that jump.”

Although if his move to Manchester does materialise, Hudlin will have to wait for his chance to get first team football as he’ll probably be shipped out on loan for development, The Athletic also claim.

For now, Guardiola’s team are focused on bringing in Tottenham hit-man Harry Kane to lead their front line.

After signing Jack Grealish for a £100m from Aston Villa, the Spaniard is also eager to add the £160m rated Kane to that list, despite Spurs’ reluctance to do business.

When asked about his interest in the England international, he said: “Harry Kane is an exceptionally talented striker and of course, we’re very interested.

“But if Tottenham don’t want to sell… Of course, we’ll try.”