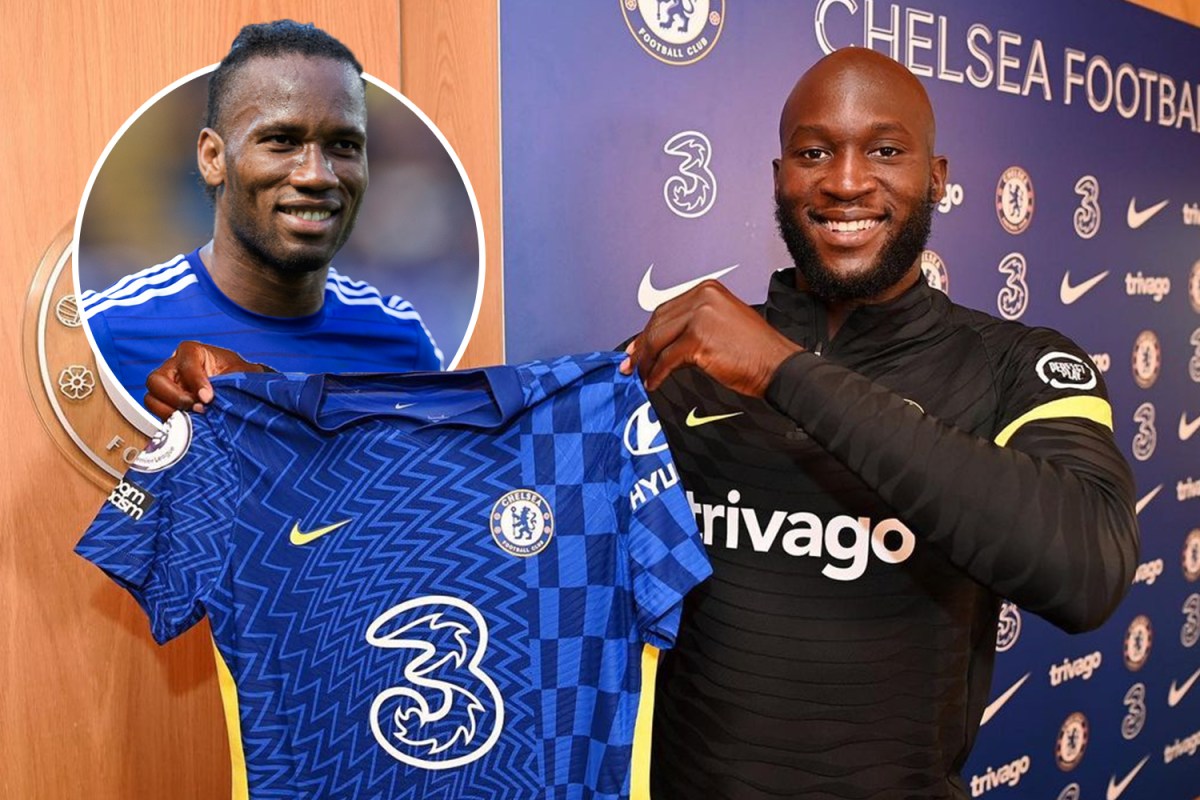 
DIDIER DROGBA has helped Romelu Lukaku settle into life at Chelsea once again.

And the Belgium striker is certain that he has improved since his last spell in the Premier League.

Lukaku, 28, first arrived at Chelsea a decade ago and hit 113 goals for Manchester United, West Brom and Everton but none for the Blues.

He revealed how he and Drogba have been in constant communication following his his £97.5million move from Inter Milan.

Lukaku told the club website: “Our relationship means the world to me.

“It’s not like we talk once a month, I talk to the guy every few days!

“We have a group chat so we’re constantly communicating and I’ve been on the phone with him a bit more in the past two weeks.

“I had a lot of questions to ask and he still knows a lot of people here so he really prepared me well with the last details.

“Now I just need to get to know the players and the manager a bit better and just be available as quickly as possible for the team.”

Lukaku managed only 15 appearances in his first spell at Stamford Bridge.

Since then, the striker has become a true star of the game thanks to a more selfless approach.

Italy is tactically and technically a better league but here in England, it’s all about the intensity.

“I just want to try to help the team win and be available for the manager as well as for my team-mates.

“I want to make sure that they feel comfortable and they can lean on me in whatever situation we’re in.”

Lukaku arrives after two successful seasons with Inter Milan, the second of which saw the striker lift the Serie A title.

While he believes the Premier League is a very different kettle of fish to Italy’s top-flight, the Belgian knows how to handle himself in both.

He added: “Italy is tactically and technically a better league but here in England, it’s all about the intensity.

“That’s what makes the difference but it’s no problem for me because I’ve been here for eight years and I know what it’s all about.

“It’s not like I’m a new player coming in and not quite knowing what to expect. I know the league, I’ve scored a fair amount of goals here but the past is the past and now we have to look forward.

“I’m a new version of that player from before.

“I’ve evolved and the team that I’m joining is a very strong team so now we just have to prove it on the pitch by challenging for the Premier League.”