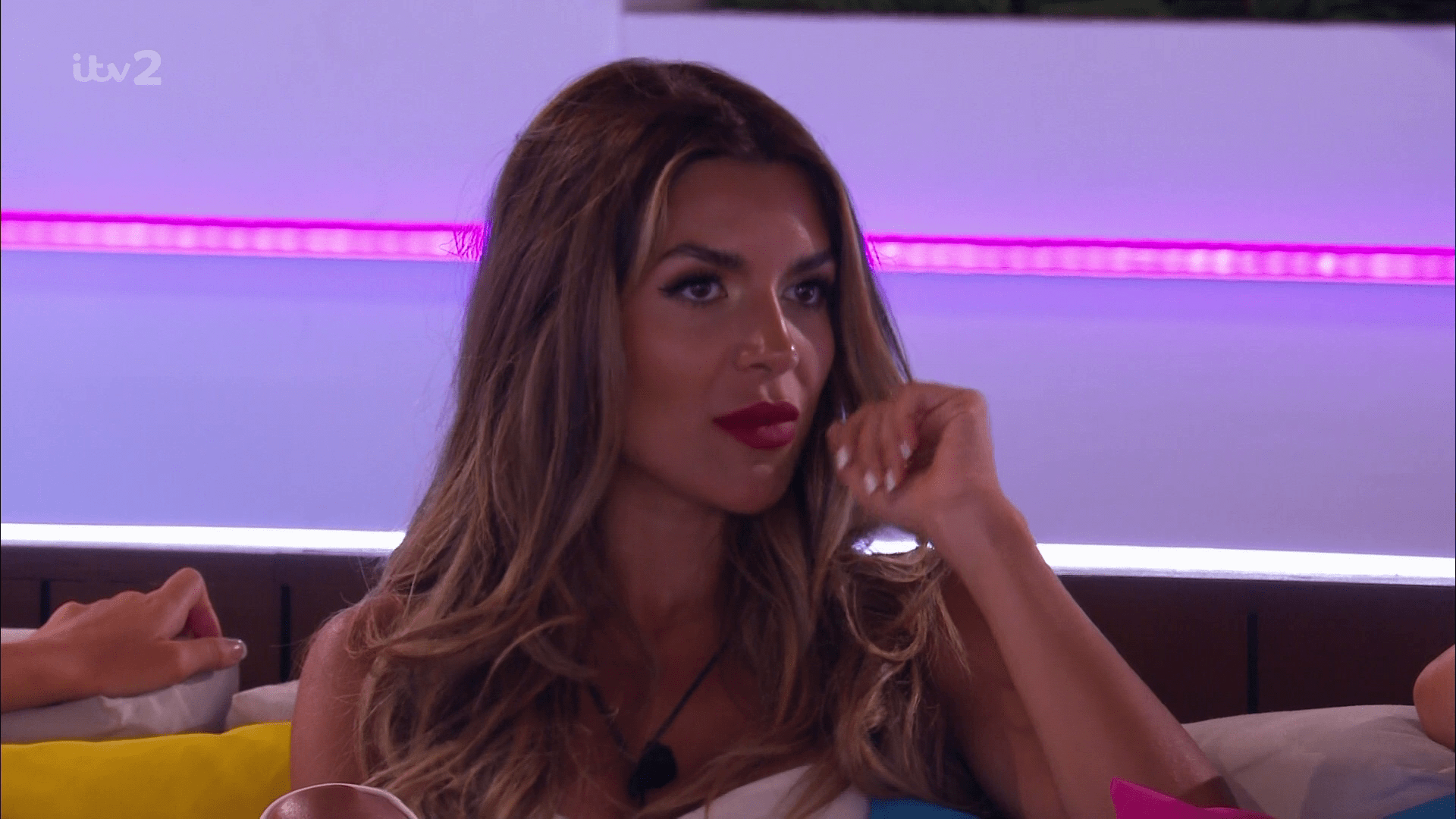 The Turkish actress was left fuming after the stunning singer picked Jay for a date and it appeared to go well.

Chatting to the other girls, she acted like she couldn’t remember Antigoni’s name before saying it completely wrong.

Those watching at home were not impressed and took to Twitter to discuss it.

One person said: “Classic bitter girl move there ekin😂 lemme pretend to not know that girls name for a second 😂😂😂😂 ok. #LoveIsland.”

Another wrote:  “F**king shady misspelling her name 🤣🤣🤣🤣 Ekin I love you #LoveIsland.”

While someone else added: Why’s ekin acting like she can’t pronounce Antigoni? As if her name ain’t any harder #LoveIsland.”

Meanwhile Ekin seriously kicks off this evening and ends things with Jay after he tells her he wants to get to know Paige.

Jay thought the conversation went well when he told her: “Obviously, you’ve probably sensed that I’ve been a bit off today and yesterday and it’s just because I want to be honest with my feelings.

“And I feel like because I moved so fast with you I didn’t get the chance to explore getting to know one Islander in particular here, which is Paige.”

Jay says: “I wanted to tell you first because I respect you and I owe you the respect.”

Ekin-Su appears to react calmly to the news and heads over to let Jacques know next, telling him:  “I don’t want anything to get between us and I’m telling you man-to-man. I want to get to know Paige on a better level.”

But later that day, Ekin-Su has a change of heart and pulls Jay for another chat at the fire pit – which soon turns fiery.

Ekin-Su says: “First of all, I take everything back that I said here. I was calm, collected and it just hit me now what you have done.

“You knew at the recoupling to stay safe that I would pick you. You could have got to know Paige from day dot.”

“Why would you open up to me? Saying all these cute things like ‘my head wouldn’t turn’…”

She shocks the other Islanders by screaming at Jay and storming off – appearing to show their coupling is over for good.