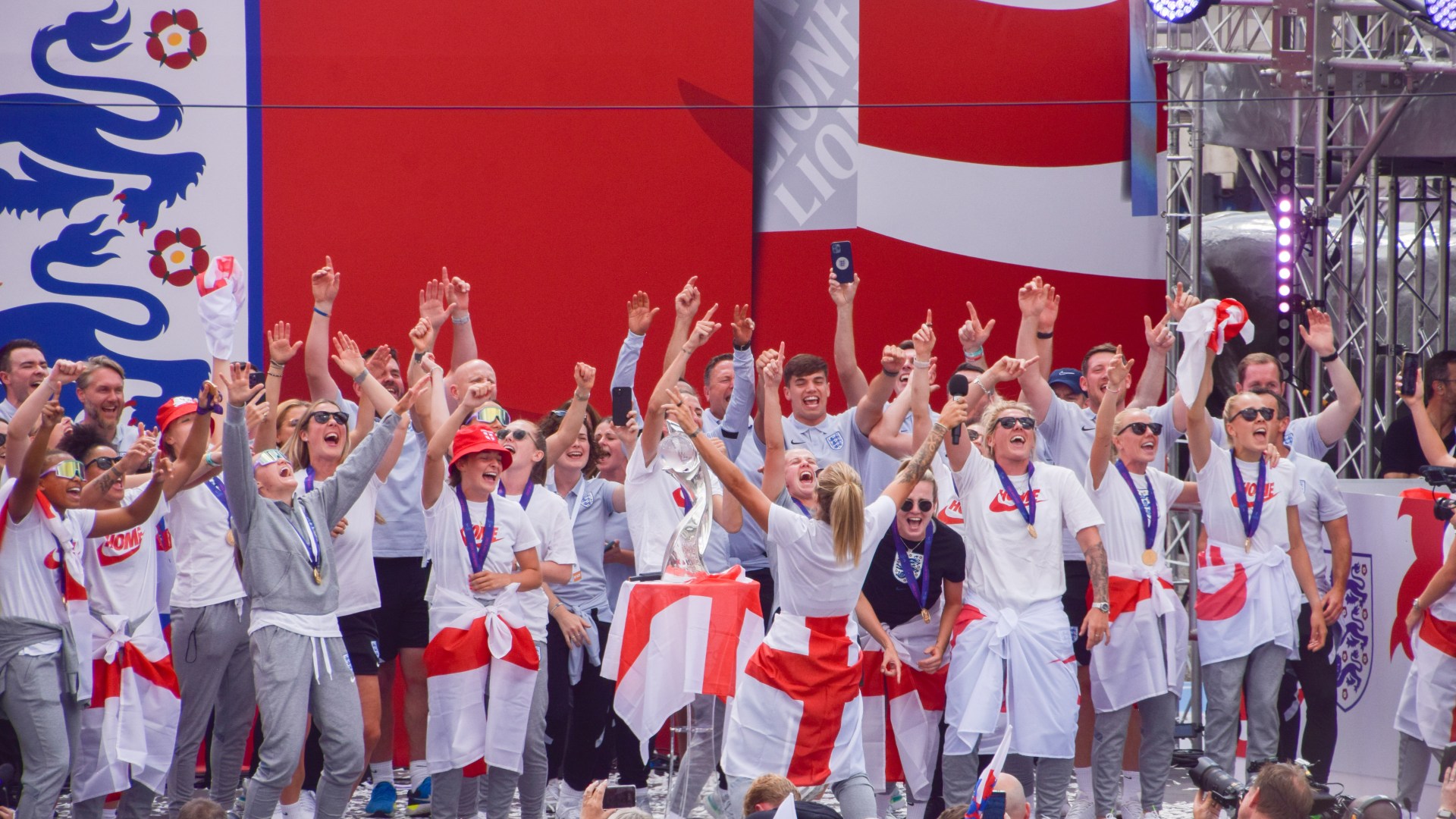 
LIZ Truss and Rishi Sunak have promised to put on a party in No10 for the Lionesses after the team were snubbed by Boris Johnson this week.

Hailing the team as an “inspiration”, Ms Truss pledged that if made PM the players would be invited to a Downing Street bash.

A spokesperson for the wannabe PM said: “The Lionesses have been an inspiration to our nation.

“Liz will host a reception in No10 if she is Prime Minister in September and her government would ensure the Lionesses are recognised for their historic victory in a suitable way.”

Mr Sunak’s team confirmed the ex-Chancellor would host a Downing Street do as well.

The Lionesses brought pride and joy to the nation on Sunday night when they smashed Germany 2-1 in the Euros final.

The players were praised for bringing football home and serving as an inspiration to women and girls across Britain.

Mr Johnson sparked backlash when his team confirmed there would be no No10 do for the hero sports stars this week.

Historically, it is common for British sporting teams that achieve major successes to be invited to Downing Street to celebrate their victories.

Meanwhile, former Sports Minister Tracey Crouch said she was “horrified” by the turn of events.

The PM will be on holiday from Wednesday until Sunday.

On Monday he visited Northern Ireland to attend the funeral of David Trimble.

A No10 spokesman said: “I think the public will judge the government on the support it has given to women’s football.

“This is a government that has stood steadfastly in terms of supporting the women’s game and investing in it.”