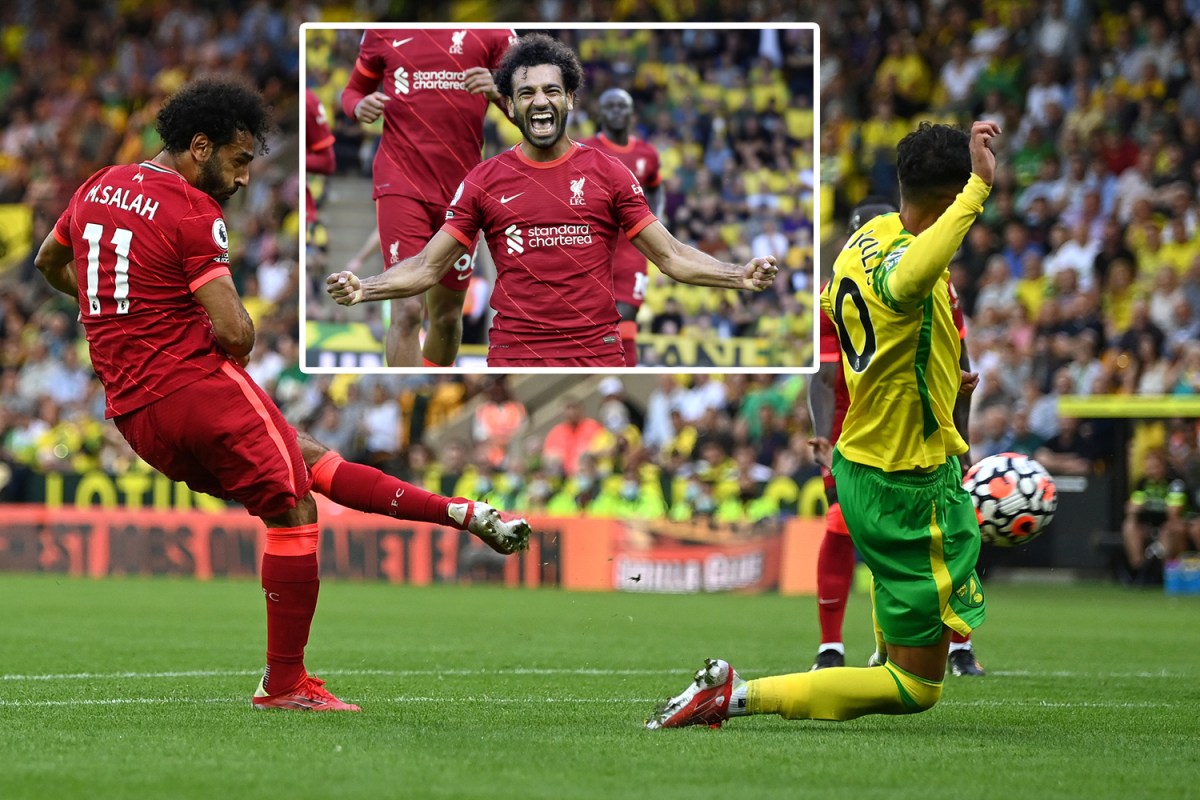 The Egyptian, 29, has now scored on the opening weekend of the Premier League for five consecutive years.

The run stretches back to when Salah first signed for Liverpool, with the forward scoring away at Watford on his Reds debut.

He has now scored seven goals in his opening five fixtures, including a hat-trick against Leeds at Anfield last term.

Salah tore Norwich apart and could have had more than one, and he helped to set the ball rolling by playing in Diogo Jota for Liverpool’s first.

He then added a second assist when he cut the ball back to give Roberto Firmino an easy tap in.

A trademark Salah goal followed later in the second half, with the Reds favourite picking up the loose ball from a corner before bending it into the far corner.

Jurgen Klopp’s side looked assured from back to front, though Alisson did save them in a couple of hair-raising goalmouth incidents.

The much-anticipated return of Virgil van Dijk helped the Reds considerably, and he was partnered by Joel Matip in central defence.

Even Andy Robertson was not missed as replacement Konstantinos Tsimikas played his part in earning Liverpool a clean sheet.

Salah now boasts eight records in England, with his collection also including the most goals (32) in a 38-game Premier League season.

He was also the first player to outscore three Premier League teams in the same season – West Brom, Swansea and Huddersfield all scored less than him in 2017-18.

Salah won the Premier League golden boot in his first two seasons with Liverpool and he got his latest campaign off to a good start after a barren two years.