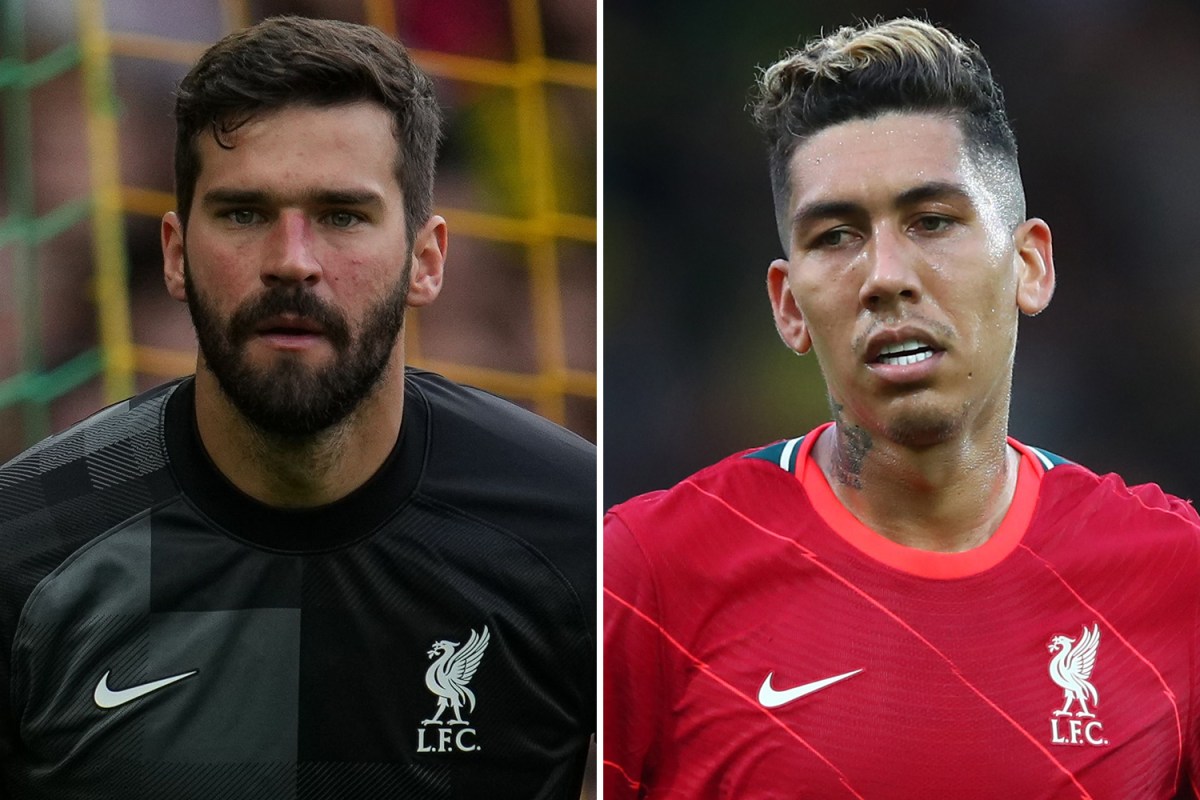 
LIVERPOOL could be without Alisson, Fabinho and Roberto Firmino for the clash against Manchester United next month.

The trio of Brazil players were called up by their national team this week for September matches against Argentina, Chile and Peru.

And The Reds no longer have the option of withdrawing their stars from the Brazil squad, as Fifa recently ruled Premier League clubs will no longer be able to hold on to their players even if they face quarantine on their return.

English clubs did have the privilege of pulling their players out of South American national team squads last season due to Covid-19 fears.

And the need for Alisson and his Brazilian team-mates to quarantine on their return for England means they could miss several games.

Brazil’s final match against Peru takes place on September 11, just a day before Liverpool take on Leeds, who will also be without Raphinha after he received his first Brazil call-up.

And given the players will self-isolate for ten days when they return, Liverpool will probably be without the trio against Crystal Palace.

A second international break in October means Alisson, Fabinho and Firmino could also miss the league trip to Old Trafford, with Manchester United likely to be without Fred.

In more positive news for Liverpool, rivals such Manchester City and Chelsea will also miss the likes of Gabriel Jesus, Ederson and Thiago Silva over the same period.

In international breaks last season Fifa introduced a temporary law that allowed clubs to refuse to release their players if they faced at least a five-day quarantine.

The ruling meant Klopp could hold onto the trio mentioned above, but now he will have to prepare for life without them.

Saturday’s 3-0 win over Norwich proved the Reds could cope without senior players like Andy Robertson and Jordan Henderson, while Firmino and Fabinho also did not start the game.