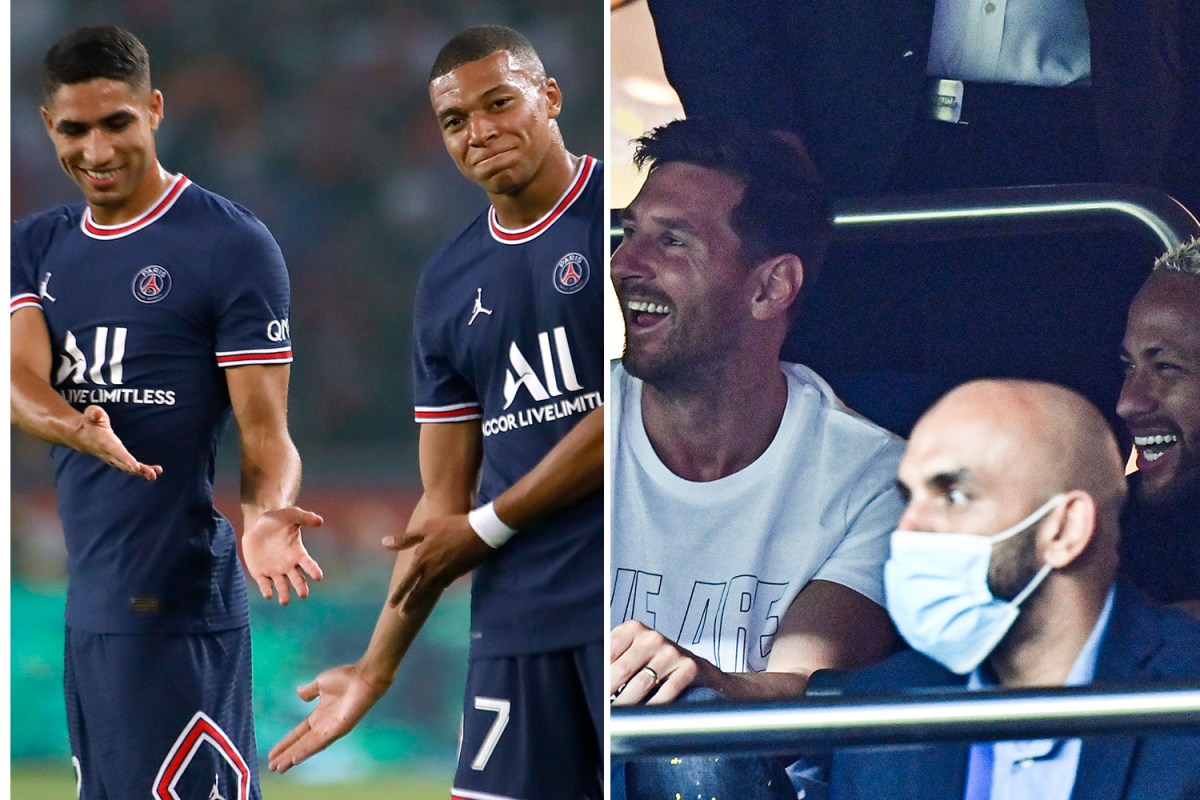 
LIONEL MESSI watched on from the stands as Paris St Germain made hard work of beating Strasbourg 4-2 in Ligue 1 on Saturday.

Not yet fully fit, Messi, along with Neymar and fellow new recruits Gianluigi Donnarumma and Sergio Ramos, did not make the match squad.

But the Argentine saw his new club take an early lead through Mauro Icardi at Parc des Princes.

Kylian Mbappe then doubled PSG’s advantage in the 25th minute after his shot was deflected home, before the France international’s cross was turned in by Julian Draxler two minutes later to put the hosts 3-0 up.

However, second-half goals from Kevin Gameiro and Ludovic Ajorque got the visitors back into the contest, with PSG looking uneasy in possession.

Alexander Djiku’s dismissal for two bookable offences let PSG off the hook nine minutes from time, with substitute Pablo Sarabia tapping home at the back post in the 86th minute to make sure of the unconvincing victory for Mauricio Pochettino’s side.

The win sent PSG top of the table with two wins from two, while last season’s champions Lille were surprisingly thrashed 4-0 at home by Nice earlier on Saturday.

PSG fans were treated to a glimpse of Messi on the pitch before the game.

The Argentine was introduced to the adoring crowd ahead of kick-off, and was greeted by rapturous applause.

Fans already sang his name, after a whirlwind week that saw them sign the six-time Ballon d’Or winner.

One man that wasn’t given a good reception, however, was Mbappe.

The 22-year-old has been heavily linked with Real Madrid, with his contract having entered its final year.

And fans even BOOED the forward ahead of kick-off, as his name was read out by the stadium announcer.