Lionel Messi trains with PSG team-mates for the first time as Mbappe, Ramos and Co welcome him to Paris 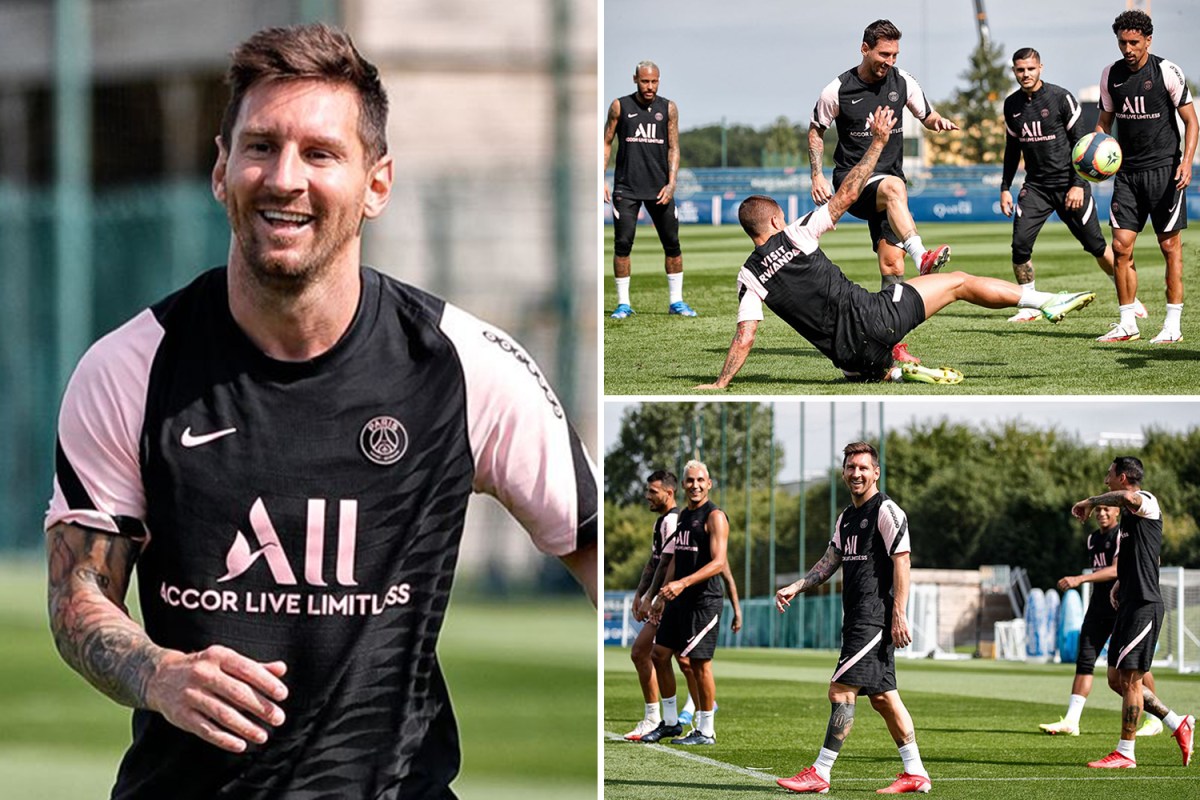 
LIONEL MESSI underwent his first ever training session with Paris Saint-Germain after his blockbuster move from Barcelona.

Messi left Barca after 17 title-laden years when the club announced his departure last week and then put pen to paper on a two-year deal with PSG on Tuesday.

The star forward has linked up with a raft of football stars, such as Kylian Mbappe, Angel Di Maria, former Real Madrid rival Sergio Ramos and ex-Barcelona team-mate Neymar.

The Argentina international got to work with his new colleagues for the first time today at Camp des Loges.

The 34-year-old was snapped conversing and hugging with Mbappe upon his arrival.

The six-time Ballon d’Or winner was then pictured mixing it up in practice with the likes of Marquinhos, Mauro Icardi, Marco Verratti, Neymar and Di Maria.

And of coursem his No30 shirt is already available in stores – the same goes for fellow signing Ramos, who will wear No4.

In fact, the Argentina superstar is being paid in cryptocurrency for a ‘significant part’ of his £25m signing-on fee.

PSG said in a statement the tokens included in his ‘welcome package’, or signing on fee, had been provided by Socios.com, who are the Ligue 1 giants’ fan token provider.

The French outfit did not state what percentage of the deal comprised the tokens but said he had received a ‘large number’.

Fan tokens are a type of cryptocurrency that allow holders to vote on mostly minor decisions related to their football clubs.

Among the teams to launch tokens this year are Premier League champions Manchester City as well as Italy’s AC Milan.

Like bitcoin and other digital currencies, fan tokens can be traded on exchanges.