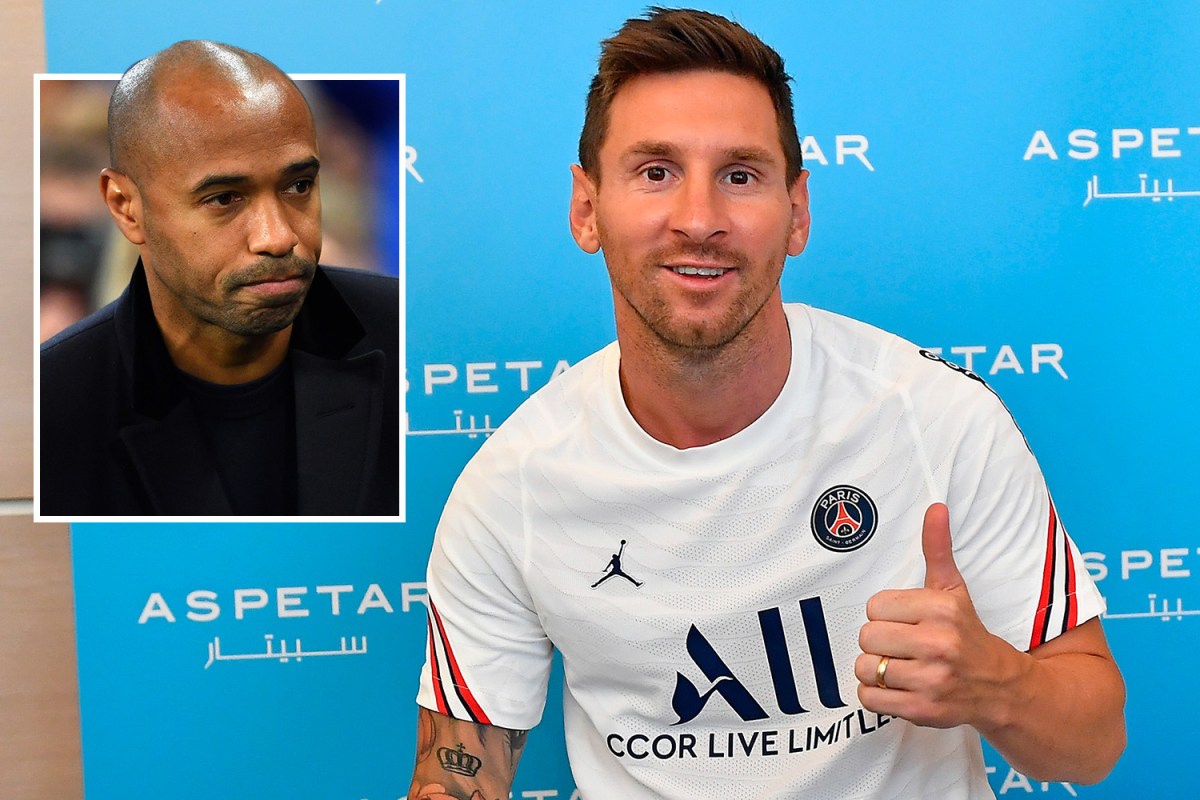 Argentina superstar Messi, 34, remains by far the world’s highest-paid footballer after PSG signed him on a two-year deal worth £54million a season.

But Arsenal icon and ex-Monaco manager Henry, 43, told Dimanche Soir Foot on Amazon Prime: “At one point, we always talk about great players, attacking, going forward, but we need a balance.

“We are talking about the team in which I played at Barca, but people forget to point out that we weren’t conceding a lot of goals.

“In general, teams that don’t concede a lot of goals are not far from the title, or even from the Champions League.

“When you have superhuman players, it gets a little easier but when I see how Paris is evolving at the moment, they concede too many goals for my taste to be able to go a little further.

“It is true that there was a lack of players but the balance is the most important.”

The six-time Ballon d’Or winner is reigniting his peak partnership with Brazil great Neymar – from Barca’s 2013-17 glory days – AND linking up with France speedster Kylian Mbappe.

But the new “MNM” triumvirate could face a bad rap as Real Madrid are reportedly confident of luring  £100m-rated Mbappe, 22, who is said to be “concerned” by Messi’s arrival.

PSG starlet Gharbi tells Lionel Messi ‘if you need something, I am here’ as he meets hero just 11 days after debut