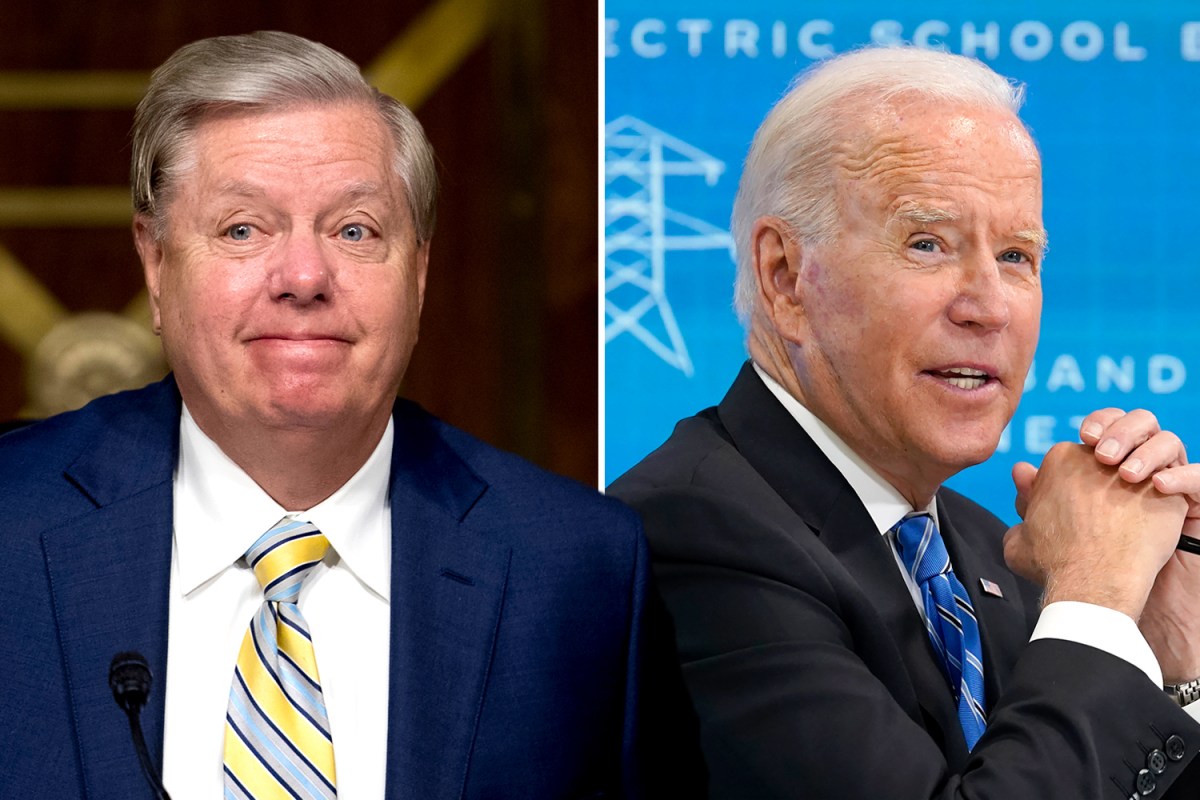 
REPUBLICAN Senator Lindsey Graham reportedly tried to patch up his fractured relationship with President Joe Biden – despite having attacked Biden’s son, Hunter, during the 2020 election season.

According to The New York Times, Graham called Biden shortly after his election victory, hoping to repair his relationship with his former Senate colleague and family friend.

Biden, however, was not interested in fixing the pair’s relationship, sources close to the president said.

The President reportedly told Graham that the South Carolina senator had been looking to play both sides, attacking Hunter as a way to appease former President Donald Trump’s base during the 2020 election.

Attacking Hunter was a key part of Trump’s reelection strategy, with the former president raising questions about the younger Biden’s business dealings in Ukraine and China, as well as how much his father knew about such alleged practices.

Graham went from being a public enemy of Trump’s to a staunch defender, refusing to vote to impeach the Trump for inciting the attack on the U.S. Capitol on January 6

In December 2020, Graham joined fellow GOP senators in calling for a special prosecutor to look into Hunter’s business dealings.

“I think it’s a good idea,” Graham said at the time. “Let me say this, if you believe a special counsel is needed to look at the Trump rule regarding Russia, how can you say there is no need for special counsel regarding Hunter Biden.”

Graham’s remarks came at a period between Trump’s Election Day defeat and ahead of Biden’s inauguration.

The South Carolina senator also declined to acknowledge Biden’s election victory and was accused of pressuring Georgia to discard mail-in ballots in a state that went for the Democrat.

Biden told Colbert that Graham was “a personal disappointment because I was a personal friend of his.”

While promoting his memoir in April, Hunter told Jimmy Kimmel: ” I had a deep respect for Sen. Graham, and it’s just sad to see the way in which he has decided to not just attack me, but to approach politics,

Hunter added that “politics has become so toxic,” saying he hopes his father can use “his genuine desire to take some of that toxicity out again.”