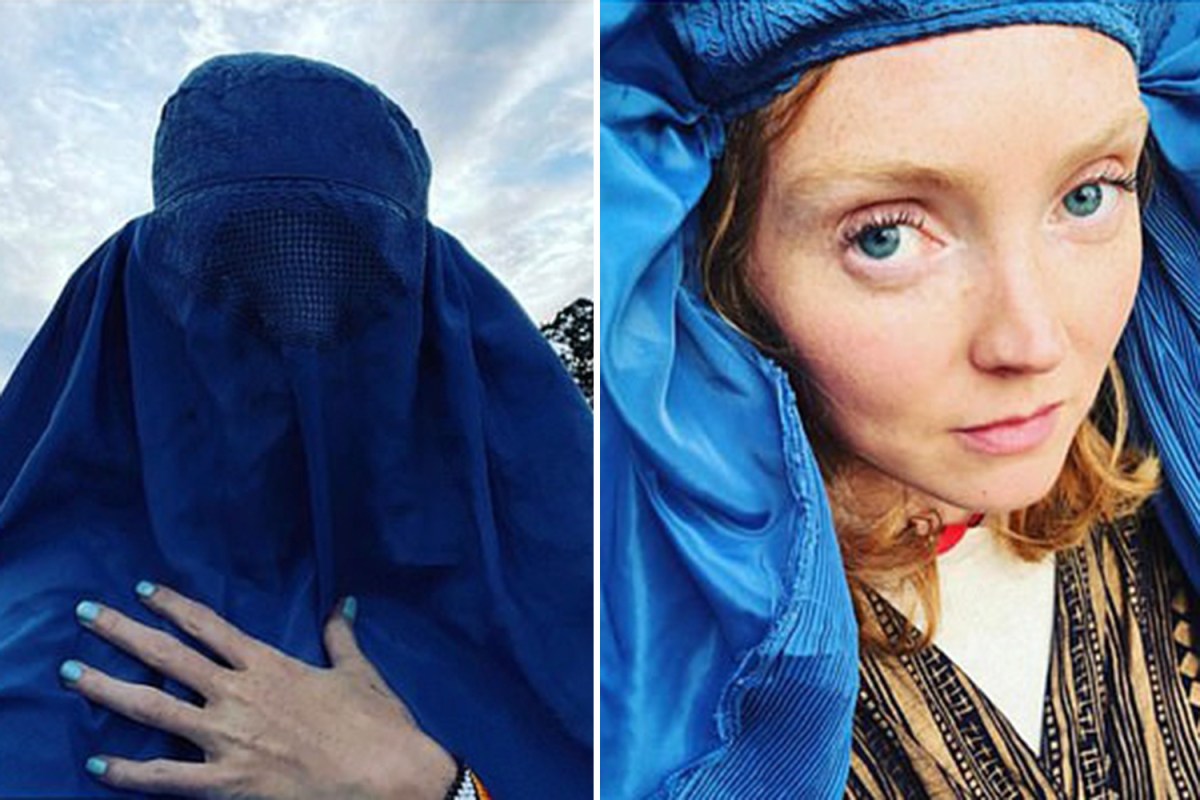 
SUPERMODEL Lily Cole has come under fire after she posed in a burka to promote her new book.

Critics have slammed her actions amid the current unrest in Afghanistan – but she has claimed that she “hadn’t read the news.”

The actress and activist has now apologised, saying that she understands why the image was upsetting.

She claimed she had donned the covering to “embrace diversity” – but has now agreed it was “ill-timed” and said she “hadn’t read the news at the time”.

Cole posted the photo on social media just as the Taliban’s reign of terror began after the jihadi army seized Kabul.

Children as young as 12 are already being listed for forced marriages.

And there have been reports of a woman being shot for wearing “tight clothes” and women being told they cannot leave home without a male chaperone.

Women were viciously oppressed – facing torture, execution and being second class citizens – when then the militant group last controlled Afghanistan in the 90s.

The Taliban’s official spokesmen continue to insist they have modernised, but fears reign from human rights groups that nothing has changed.

One of Cole’s photo showed her with a blue burka covering her face and body.

Meanwhile in another the garment was pulled up to reveal her face.

The posts were used to promote her new book Who Cares Wins, about how to tackle the climate and ecological crisis.

Anjum Peerbacos, co-founder of the Hijabi Half-Hour podcast, told The BBC the pictures are “disrespectful”.

She said: “It’s not a fashion accessory to be able to be deployed as a publicity stunt.

“Regardless of how people around the world have chosen to wear that garment, that garment is a respectful religious symbol and is worn and used as such.

“So for her to use it as what can only be described as a publicity stunt, I think is abhorrent and really displays to us her level of ignorance with regards to it.”

It comes as Meghan Markle and Prince Harry have waded into the devastating Afghanistan crisis and described the world as “exceptionally fragile”.

The Duke and Duchess of Sussex say they have been left “speechless” at the Taliban takeover but remained tight-lipped on the growing anger at pal Joe Biden.

In a lengthy joint statement posted on their Archewell site, the pair urged the world to prove “our humanity”.

And they expressed their heartache at other global issues – including the earthquake in Haiti and new Covid variants.