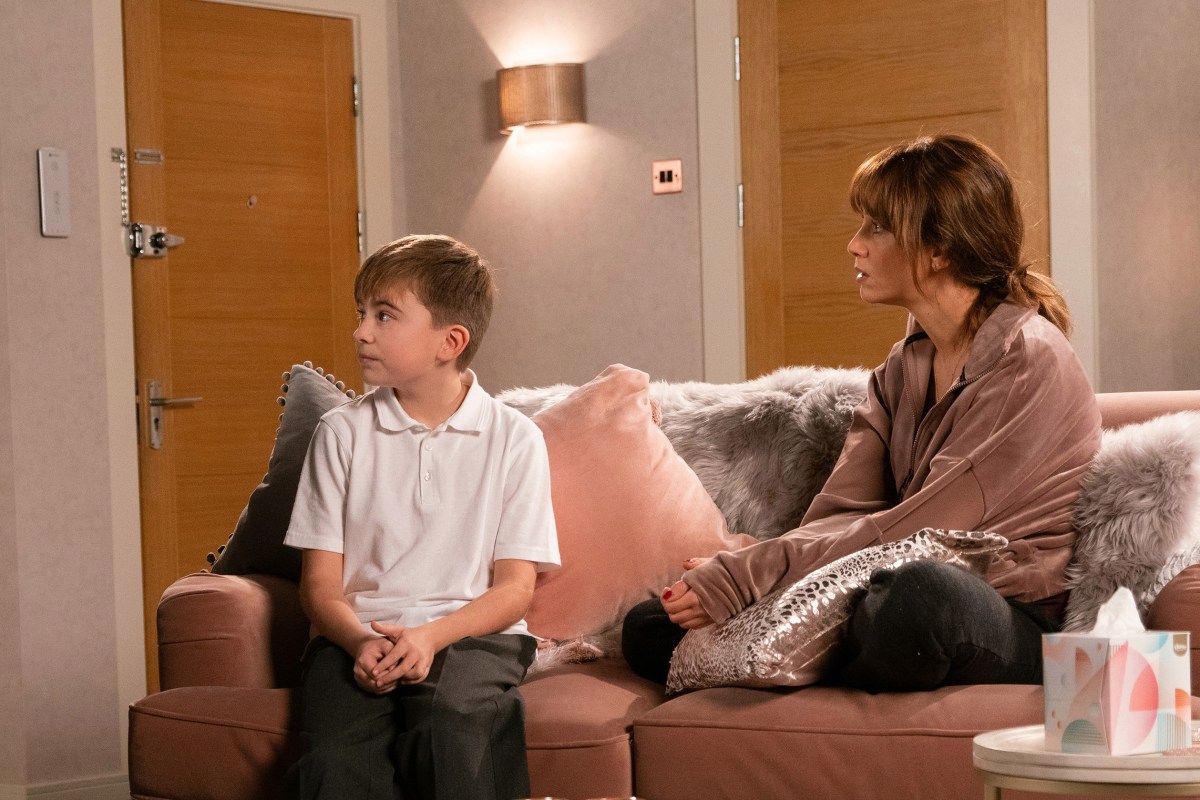 
LIAM Connor suffers an asthma attack in front of his horrified mum Maria next week in Coronation Street.

The ITV soap’s new storyline will tackle the often overlooked but important issue of air pollution.

Next week’s episodes of Corrie will see Gary return from Bristol and announce he wants to anonymously pay for Kelly Neelan’s legal fees.

Maria is stunned and makes it clear that she won’t stand for him prioritising Kelly over her and Liam.

Later, as Liam and Jack play football in the street, Sally spots an opportunity to talk to Maria about the parking campaign.

Disaster strikes, however, when Liam starts gasping, unable to breathe.

The ambulance arrives but is unable to turn onto the street thanks to all the double-parked cars.

Ronnie eventually moves his car to let the ambulance through as a paramedic gives Liam oxygen.

At the hospital, Maria is in for a shock when Liam is diagnosed with asthma.

The doctor tells Maria that Liam’s condition may have been aggravated by traffic fumes, and Liam is upset when he’s told he needs to use inhalers.

When they return home, Maria insists that Sarah removes Underworld’s van from the cobbles, but Sarah refuses.

Viewers know there has been an influx of cars parking on the cobbles in recent weeks.

This week, Sally Metcalfe starts a campaign for resident permits for the street after she’s slapped with a parking ticket.

She’s met with resistance, however, from Tracy and Alya, who point out that her permit plan could be disastrous for the local businesses.