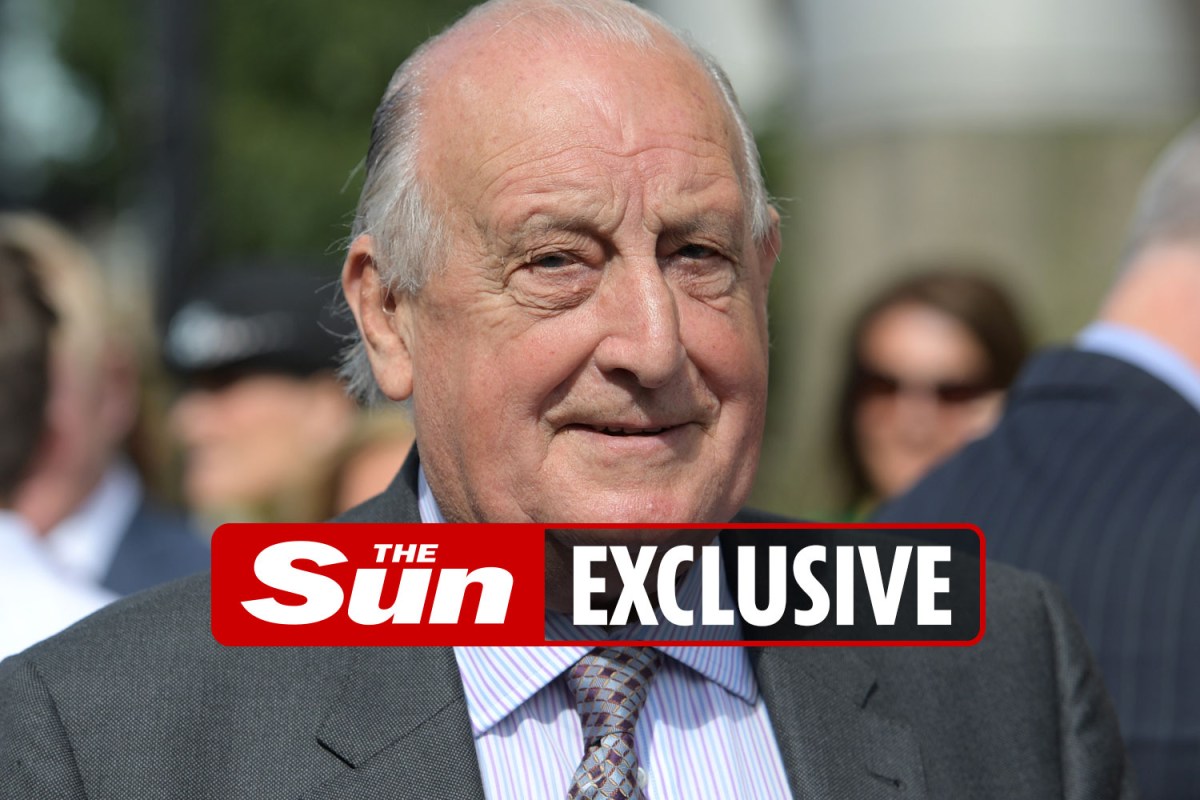 
SIR JOHN HALL is resigned to his beloved Newcastle not winning another trophy in his lifetime.

At 88, the Magpies’ former owner admits the club that got so close to winning the Premier League under his chairmanship is now battling to be the best of the rest.

This season marks the 30th anniversary of Hall and his Magpie Group taking over Newcastle and awakening one of football’s sleeping giants.

Today, many Toon fans are still pinning their hopes on Amanda Staveley’s Saudi-backed consortium buying out Mike Ashley and launching another football revolution on Tyneside.

Hall is not holding his breath.

He said: “It’s been dragging on for a long time now and I’d be surprised if the Saudis still have an interest, although I’m told they have.

“It looks as if the Premier League is determined to stop it for whatever reason but the whole saga is not good for the club or the fans.

“I’d just urge the supporters to get behind the team in the months ahead.

“What we think about the takeover won’t make a blind bit of difference but if there’s a bad atmosphere around the place, that will make a difference in a negative way.”

Hall saw Steve Bruce’s side beat Norwich 3-0 in their last pre-season friendly and was impressed by the performance.

But ahead of today’s Prem opener at home to West Ham, he is under no illusions about the Toon’s prospects.

He said: “Without significant investment, we’ve no chance of competing with the elite. Mid-table is the target.

“I’m 88 now and fortunately fit and healthy – but I cannot see Newcastle winning anything in my lifetime.

“Even if someone comes in within the next year, it will take time to build a team capable of challenging for honours. You cannot do it overnight.”

Unfortunately, we were always the bridesmaids, never the bride

Which brings us back to Hall’s days at the helm when Newcastle were up there with the likes of Manchester United and Liverpool.

Hall and his board of directors transformed a cash-strapped club in danger of relegation to the third tier into a footballing force loved by fans across the land.

Smiling, he said: “We were everyone’s second team. Unfortunately, we were always the bridesmaids, never the bride, but they were wonderful times.”

Hall fought his own instincts before coming to the club’s rescue.

He said: “I never planned to get involved but once I was persuaded, as a businessman, I had to protect my investment.

“I remember going on holiday with my wife to Hong Kong and took a call from my son, Douglas, and Freddie Fletcher, who told me the club was going bust. That call cost me £685,000!

“So we had to drop everything else and make it work by getting hold of the club and shaking it to pieces, which we did.”

It proved money well spent once Hall persuaded Kevin Keegan to manage the club he had played for a decade earlier.

He said: “Rob Lee was our best pound-for-pound signing and the day we broke the world transfer record to bring Alan Shearer home will never be forgotten. But the best decision we made was appointing Keegan.”

Hall has never publicly criticised the man he sold his shares to but his dismay at Newcastle’s decline is tangible.

He said: “I genuinely believe that at first Mike Ashley wanted to globalise the club but he fell out with the fans.

“Now he wants out and the club is stuck in this period of uncertainty.

“It would be lovely for everyone, including Mike, if it all gets sorted out but until then, we can only dream about recreating those times we enjoyed.”

MALCOLM DIX, the man who paved the way for Hall’s Newcastle takeover, is fighting for his life.

Dix, Newcastle’s vice life-president, has been told he has between three and six months to live after his cancer spread.

Hall said: “Without Malcolm, nothing would have happened. What he did for this club should never be underestimated.”