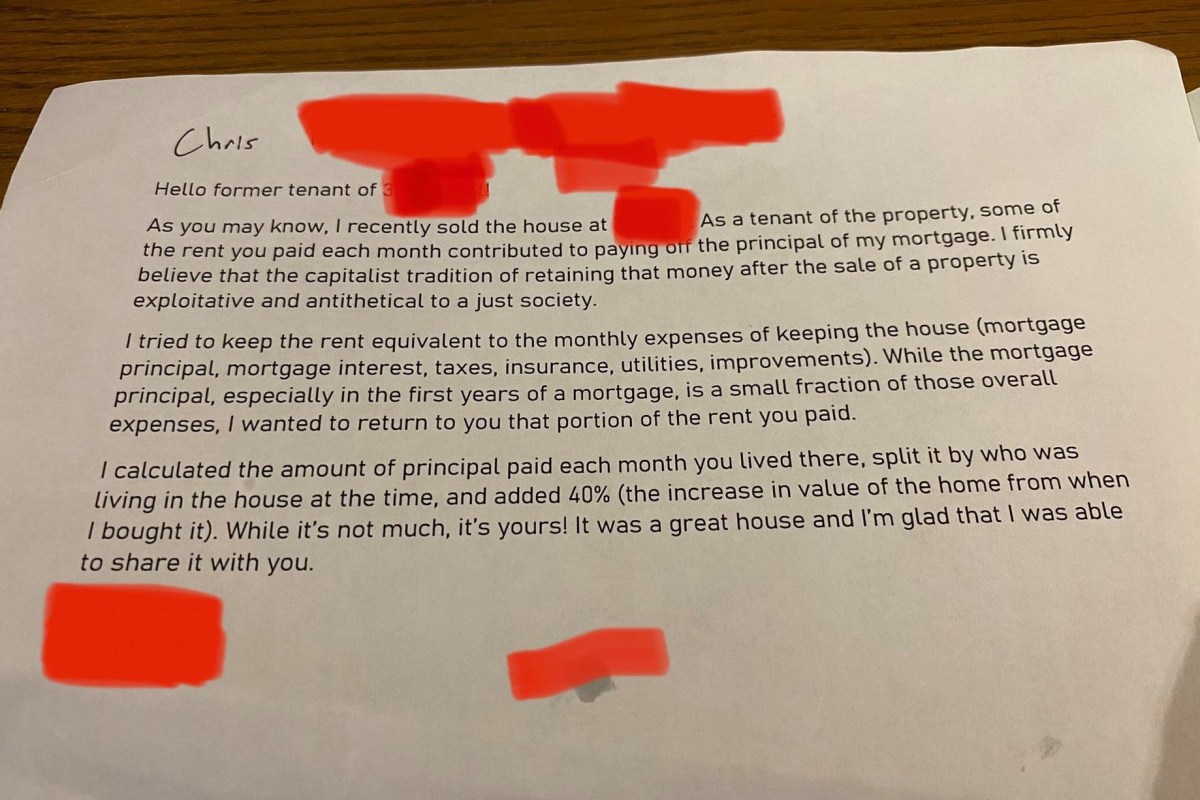 
A LANDLORD left an ex-tenant in tears with a heartwarming letter and $2,500 bonus cheque after selling the home.

Chris Robarge, from Massachusetts, US, said that he had been recently contacted out of the blue by his former landlord to ask for his current address.

A few days later, he received a letter informing him that the landlord wanted to pay him back for the contribution he had made to the home.

The kind landlord also wanted to repay everyone else who had rented it.

Enclosed in the letter was a cheque for $2,500 and a message explaining that the landlord had tried to keep rent “equivalent to the monthly expenses of keeping the house” for everyone who had lived there.

He wrote: “I calculated the amount of principal you paid each month you lived there, split it by who was living in the house at the time, and added 40% (the increase in value of the home from when I bought it).

“While it’s not much, it’s yours! It was a great house and I’m glad I was able to share it with you.”

Chris said he was stunned by the gesture, adding: “I have been sitting with this for more than a day and I am still completely beyond an actual way to describe what this act means to me.

“Do it off the clock, do it when no one is watching, do it always.”

He also revealed that the act of kindness had inspired one of his own.

Chris said that he would be keeping $500 for car repairs and giving the rest away to worthy causes and people in need.

The heartwarming post racked up thousands of likes and hundreds of comments online.

One person said: “WOW that’s unheard of! What a beautiful, and real, gesture.”

And another wrote: “This made me cry.”