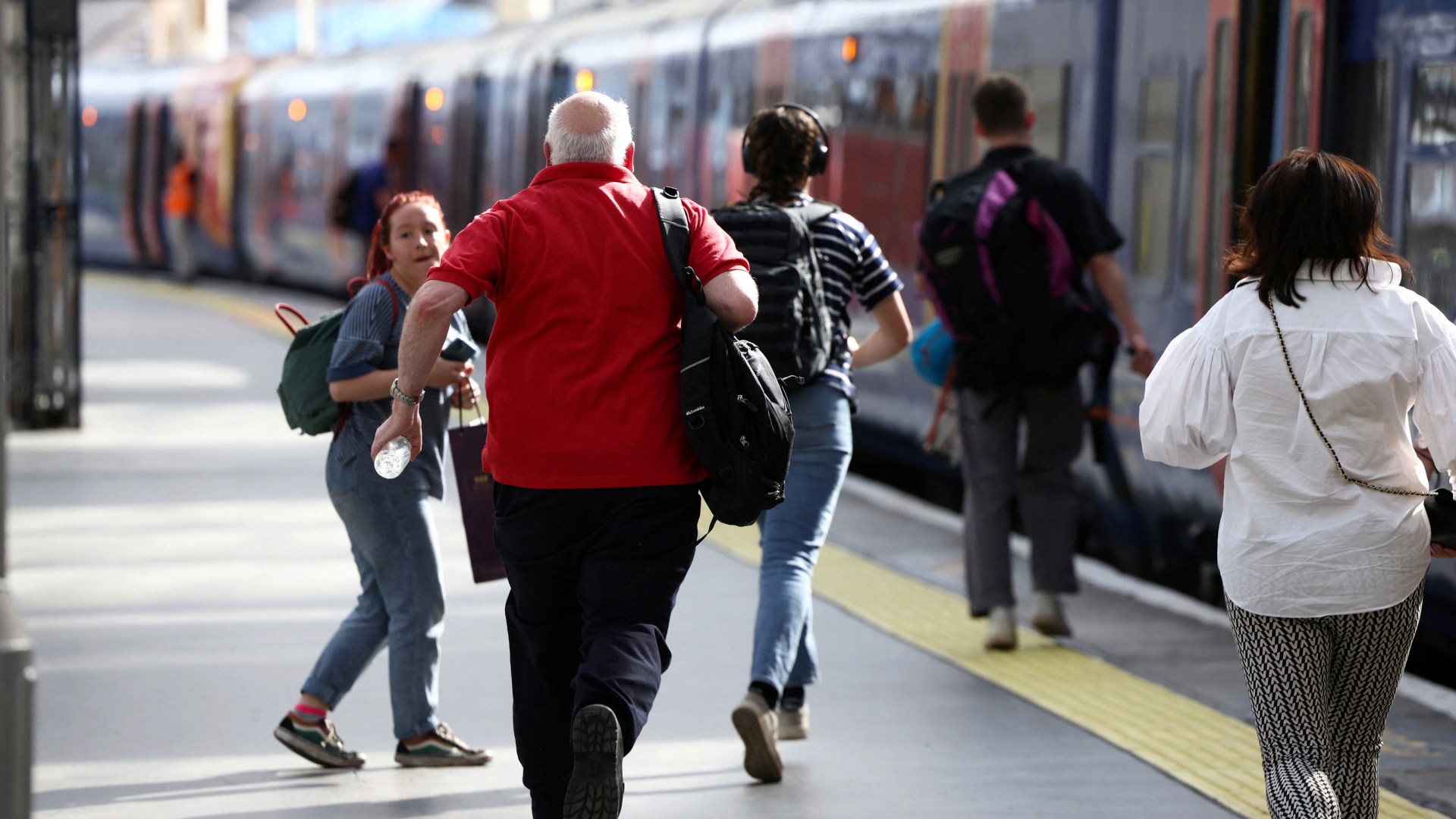 HOW shamefully dishonest of Labour to attack “Tory rail strikes” as their own sniggering MPs manned the picket lines.

The Government is not to blame. The RMT and its smirking chief Mick Lynch rushed into the walkouts for political purposes after refusing to compromise with Network Rail and train operators.

But we now know where Keir Starmer’s rabble stands. They are infinitely happier expressing ­“solidarity” with other faux revolutionaries, and role-playing as class warriors (on £84,000 salaries), than tackling the grim choices of power.

Will other unions have more sense than the RMT? Fat chance. They are itching for chaos. Before its pay talks have even begun, the National Education Union, run by a Corbynite militant, is pledging teacher strikes in October unless its demand is met in full.

“Last resort”? Do us a favour.

Soaring inflation is a post-Covid curse the world over.

Striking just harms ­others struggling equally, most of all schoolkids still reeling from lockdowns.

Meanwhile NHS pay claims, including the 22 per cent junior doctors reportedly want, could swallow nearly half of the April tax hike, currently earmarked to ease backlogs and fix social care.

But Britain must get real. Covid shutdowns and bailouts could never be cost-free.

Whatever the Left pretends, no Government can magic away this inflation disaster.

Gigantic public sector rises will merely entrench it . . . for years.

OUR elected Government must no longer be subservient to Strasbourg.

Same goes for our Supreme Court. It’s either supreme or it isn’t.
The scuppering of the first deportation flight to Rwanda by the European Court of Human Rights was an outrage.

So are the spurious “family life” excuses which keep foreign criminals on our soil. And the ability of left-wing lawyers to achieve via cynical court cases what they can’t at the ballot box.

WHY is Remoaner Chris Patten still a Tory?

The Boris-hating bore claims we now have an “English nationalist” Government it would be “a disaster” to re-elect.

Time he was honest and joined the Brexit derangement cases in the Lib Dems.

IF Jessie Wallace had offended woke lefties at the Beeb she’d be out on her ear.

Arrested for drunkenly attacking a cop? No problem! A ticking-off, then back to Albert Square.