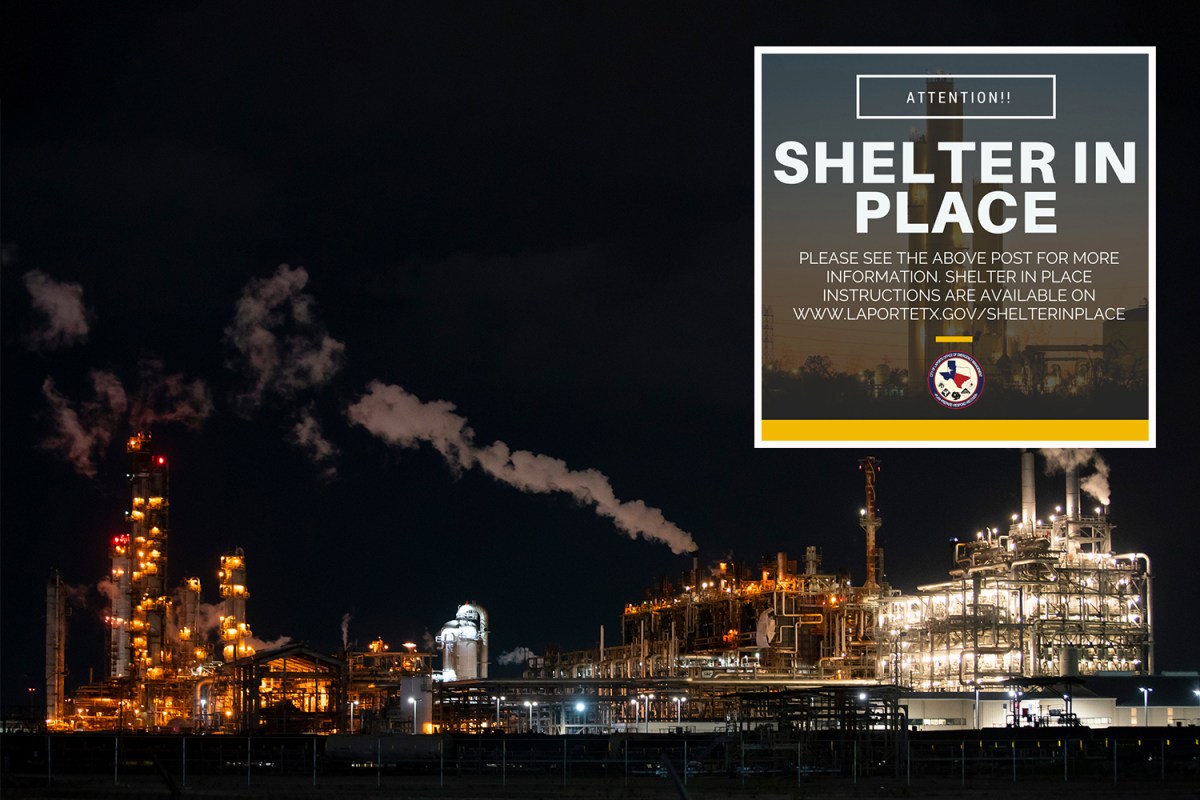 
A SHELTER-in-place warning has been issued over a reported chemical leak in Texas.

La Porte’s Office of Emergency Management tweeted about the incident on Sunday evening.

They said: “We are asking all areas in La Porte to Shelter in Place at this time. Go inside/turn off A/C systems immediately. More information will be provided soon.”

They later added: “Harris County Pollution Control has responded to conduct air monitoring and assist in identifying the source of the odor.

“We recommend that you remain sheltered in place at your location until the City issues an All Clear.”

Harris County Pollution Control had tweeted: “A shelter in place order has been issued from La Porte Office of Emergency Management.”

Residents in the area were asked to shelter in place and even turn off their air conditioning for the time being.

One local tweeted that their “eyes are burning.”

The Lubrizol Plant said in a statement: “Tonight an odor incident tied to a rail car vapor release occurred at our Tidal Rd. facility. Other than potential noticeable nuisance odors, there is no impact or risk to the surrounding community.

“We are actively working to resolve this matter, including working w/local authorities to keep them advised. We apologize for any inconvenience.”