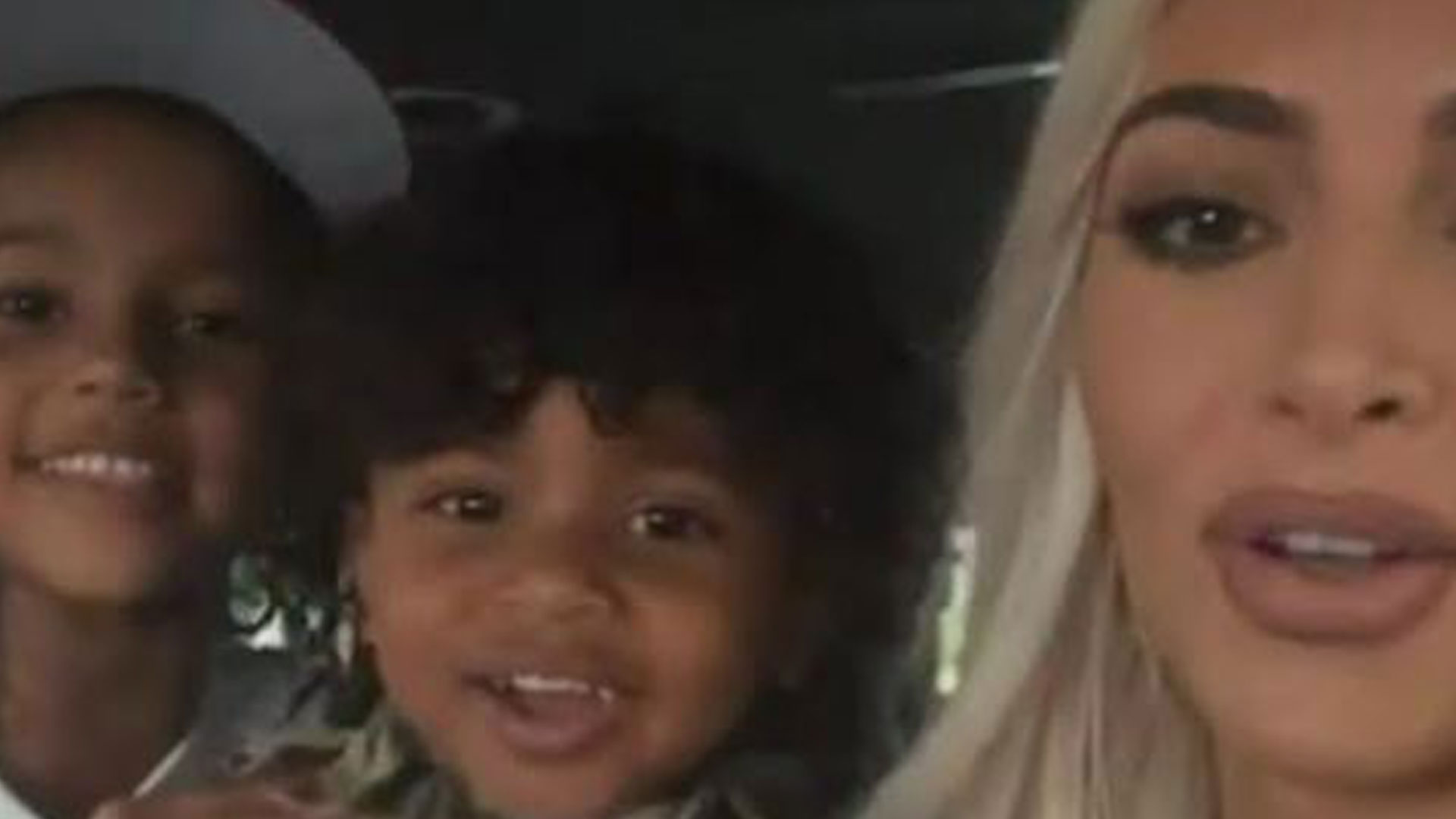 
KIM Kardashian has been slammed for letting her sons Saint and Psalm ride in a car with no seat belts.

The reality star, 41, shared an Instagram Live with her kids, who are aged six and three, ahead of her Jimmy Fallon appearance in New York on Tuesday.

As they drove into the studios, Kim turned on her Live and encouraged her sons to get into the frame.

It appeared that the car they were in was moving, however, Saint wasn’t in a booster seat and his toddler brother Psalm wasn’t in a car seat.

The young kids threw themselves around the car, jostling to get into the camera and throwing their arms around each other and their mom.

Saint shouted, “Hi weirdos!” at the camera, before adding, “If you’re watching this, I hate you.”

Kim struggled to discipline her kids, with both of them yelling over each other.

The brief video made its way onto Reddit, where critics slammed the SKIMS founder for not enforcing car safety.

“So interns, tell Kim the mean people of Reddit just want her kids to be safe.”

Another added on an Instagram fan post: “This is so irresponsible. Why is she letting her kids fling themselves around in the car???”

A third posted: “Cool so we just not caring about seat belts anymore.”

The rapper, 45, has repeatedly slammed how she parents their kids.

Earlier this year he slammed her for letting North wear makeup and go on TikTok.

An argument erupted when North gave herself a holiday makeup makeover to look more like Rudolph the Red-Nosed Reindeer and The Grinch during Christmastime.

Ye said on Hollywood Unlocked: “Don’t have my daughter wearing lipstick on TikTok, or don’t have her on TikTok at all, if I’m not there to approve that.

“It was done without me knowing and it happened again so I feel like it’s poking the bear, trying to antagonize me or create this ‘crazy’ narrative.

“To say someone is crazy, they’re trying to take the power away and do anything to get people to not pay attention to me.”

Also during the sit-down with Hollywood Unlocked’s Jason Lee, the sneaker designer claimed he was banned from his daughter Chicago’s fourth birthday party and threatened “legal action” against his estranged wife.

“I’ma tell you straight up, don’t play with my kids,” Kanye said on the show.

He added: “You ain’t finna gaslight me, it’s going to be calm like this. But that’s not what we finna play.”

PM’s son pushed ‘brilliant’ student, 21, to her death from window at spy school