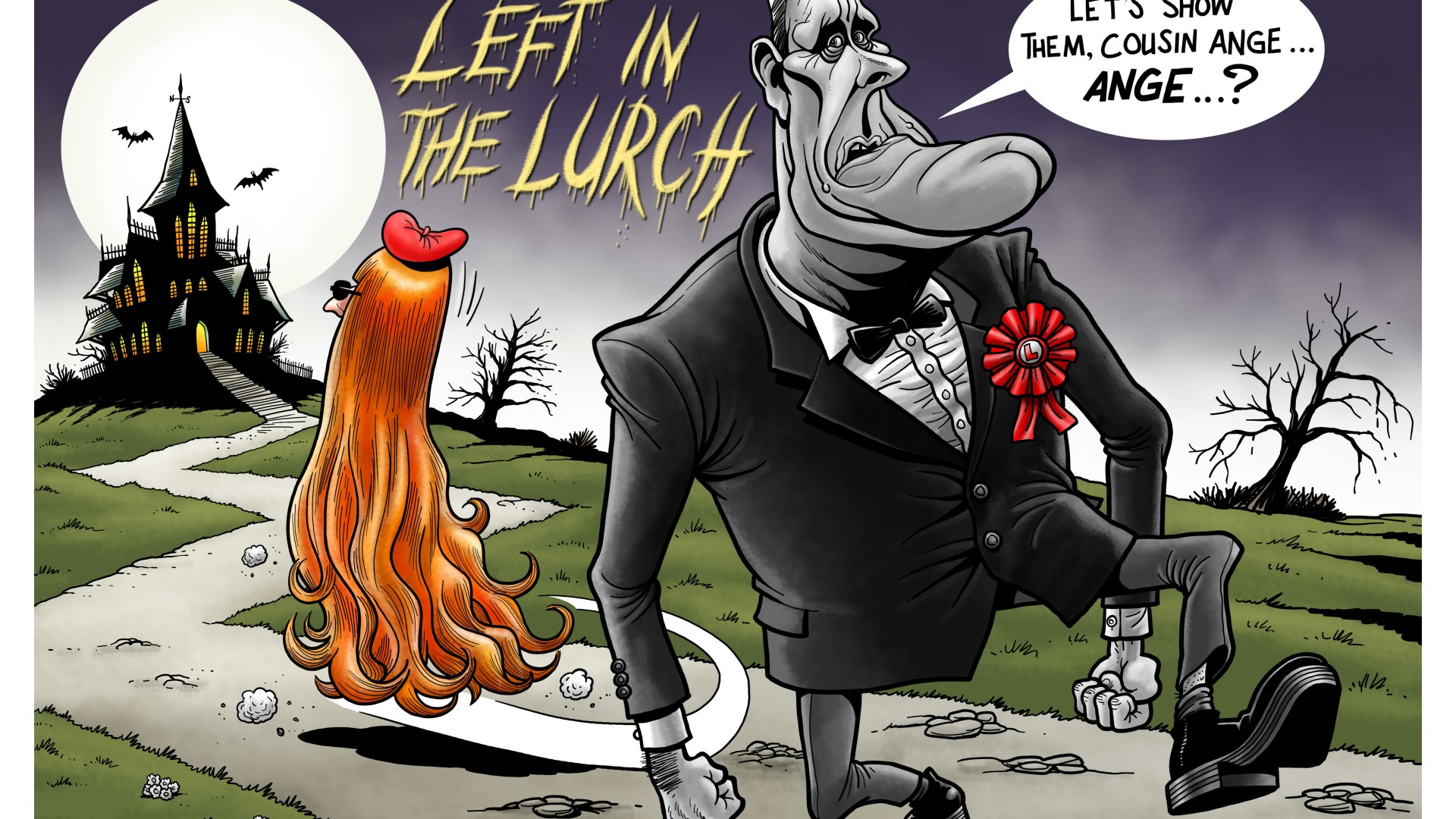 His words blur and the mind wanders . . . What is he saying? Why is he there? What is the point?

Far from a Prime-Minister-in-waiting, this clod-hopping QC looks more like Lurch, the gloomy Addams Family butler.

Or the Tub of Lard on Have I Got News For You.

Without wishing to be ­personal, he comes across as a bad actor playing a dreary role, badly.

Now I know why. At the height of his campaign to be leader of Corbynite Labour in 2020, Starmer told an ally: “I don’t get politics.

“I don’t understand it. And I don’t really like it.”

I am grateful to columnist and war-gamer Dan Hodges for this gobsmacking yet utterly credible nugget.

The man who aspires to run the country has no idea what he’s doing!

It says all you need to know about his total failure to score a single hit against the ­shambolic Tories during nearly three years at the helm.

Despite open goals in all directions, Labour has a poll lead of just ten points when it should be 25 or 30 in front.

And Starmer is not just floundering against the Tories — he is enmeshed in tribal warfare with his own party and the militant unions who threaten to withdraw their cash.

No wonder Tories are muttering about a snap election once their own leadership race is over — and before Labour dumps its least- effective leader since lefty pensioner Michael Foot.

The idea makes sense despite the worst cost-of-living crisis in living memory and the risk of food shortages and blackouts to come.

Does anyone believe a rowdy Starmer-led Labour/Lib Dem/Scot Nats coalition offers better solutions than either of the two contenders for the Tory crown?

Most of these economic ­challenges are imported.

But what could a coalition offer on the home-grown issues that infuriate voters once they’ve stopped worrying about heating or eating?

Where does Labour stand on ­illegal immigration, gender wars, the race industry, knife crime and gang warfare, the looming collapse of the NHS or the woke invasion of police and public services?

The Tories deserve a good kicking for allowing these to rot and decay.

But in almost every case, they are the legacy of a decades-long drift to the Left which began under Tony Blair.

Last week’s stabbing of a nine-year-old girl playing in the street with her sister — the latest of a ­catalogue of mindless killings — must mark a change in our woefully useless police and social services.

The long-overdue closure of the Tavistock Centre — after wrecking the lives of thousands of bewildered adolescents — is surely the high-water mark for trans bullying.

Then there is the criminally wasteful spending by NHS managers on diversity tsars and bureaucracy while patients queue in agony for ambulances, beds and surgery.

And the truly spiteful trade union barons inflicting misery on the travelling public in ­pursuit of fat pay rises for greedy workers.

This is a rich political seam for the next Conservative Prime Minister, whoever it may be.

It will require nerves of steel we haven’t seen for more than 40 years.

But just as in the 1978 Winter Of Discontent, a rigorous government will find itself working with the grain of public opinion.

Boris may have been a great vote-winner. But so are the right policies at the right time.

Keir Starmer does not even know what makes a woman, but 70million Brits don’t have to think twice.

The Labour leader bends the knee to raucous Black Lives Matter, kow-tows to his union paymasters and babbles vacuously about illegal immigration, but voters have already made up their minds.

They are fed up with being branded racists or “phobics” or taken for a ride by unelected, unaccountable and arrogant jobsworths drunk on the power to meddle.

He’d be better off answering silly questions on I’m Sorry I Haven’t A Clue.

Away with the fairies?

IT is hard to guess whether Prince Charles is away with the fairies or just soft-headed.

How could anyone, still less the next King of England, believe it was OK to accept a million quid from the ­family of the most infamous terrorist of all time?

Saudi money – or cash from any of the Middle East ­tyrannies – is tainted.

But only someone of limited self- awareness could take such a huge sum from the half-brothers of Osama bin Laden.

The only consolation this time is that it didn’t come in wads of 500 euro notes crammed into a Fortnum & Mason ­carrier bag bearing the Prince of Wales’ feathers.