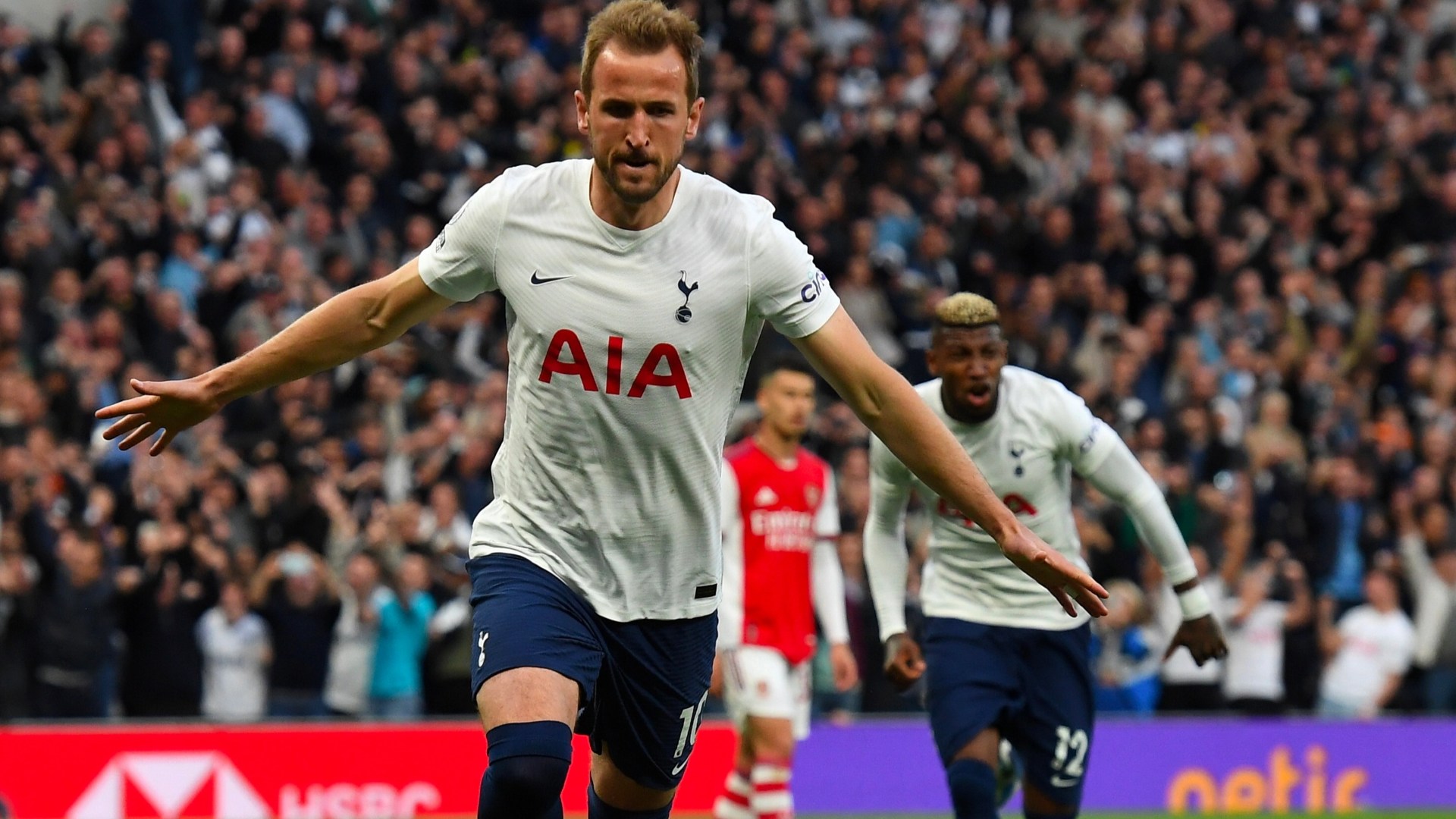 Two-goal hero Kane sent Ramsdale the wrong way for his penalty opener as Spurs won 3-0 to move just a point off the fourth-placed Gunners.

Rob Holding’s red card for two bookings made it easy for Tottenham before Son Heung-min fired home a third goal on 47 minutes.

And Three Lions’ skipper Kane believes his inside knowledge on Ramsdale gave him the edge.

The striker planted his spot-kick into the right corner – leaving Ramsdale looking back over his shoulder despairingly as he flung himself in the opposite direction.

Kane explained: “I haven’t gone that side for a while.

“My regular side is to my left but I practice in training all week and I like to feel where I am feeling good and felt better on the day.

“I have taken a few against Aaron for England in training and thought he would go that way.”

But the Gunners have what seem two tougher fixtures – away to Newcastle before finishing against Everton at the Emirates.

Kane told Sky Sports: “I’m proud of the boys. If they won they would have secured the Champions League so there was pressure on us in front of our home fans but we delivered well.

We started on the front foot, created the chances and controlled it in the second half.

“Whenever you win a derby it’s always nice. Two more games to go. We need to focus on them now but it was a special night here.

“We can only control our games. We did our job tonight. We won’t get ahead of ourselves.

“Tonight was special but our ultimate goal is to get fourth place and we still have work to do.”

Fellow livewire Son said: “It means a lot and we can close the gap. This game really tasted nice.”