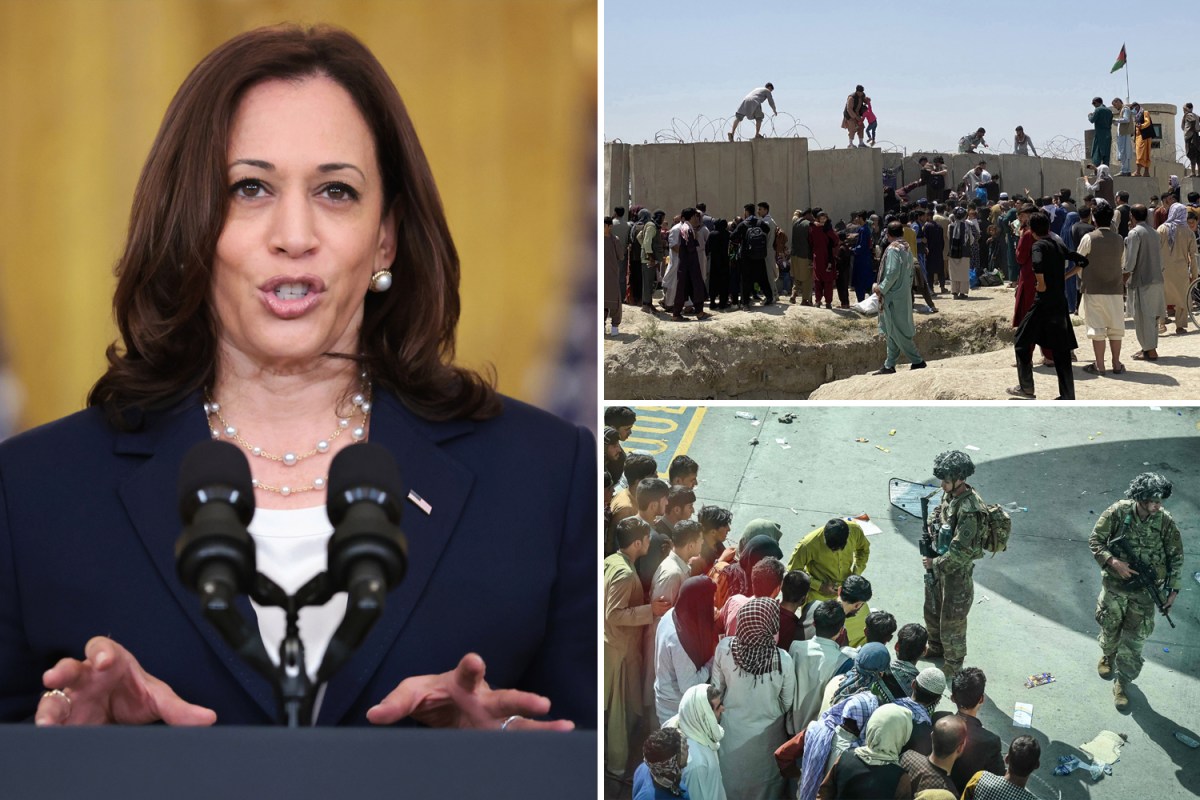 
KAMALA Harris claimed she had a “key role” in removing US troops from Afghanistan – but is conveniently staying silent since the Taliban took control of the war-torn country.

The Vice President previously proudly told reporters she was the “last person in the room” before President Biden decided to withdraw US forces.

She said she felt “comfortable” with the decision, despite Biden being “acutely aware that it may not be politically popular, or advantageous for him personally; it’s really something to see.”

“This is a president who has an extraordinary amount of courage,” Harris said of the removal of troops.

“He is someone, who I have seen over and over again, make decisions based on what he truly believes… is the right thing to do.”

After earlier attempting to take credit for the decision, she is now shying away from her comments in the wake of the Taliban taking control.

The Vice President and Joe Biden have been criticized for “avoiding” appearing on camera over the turbulent weekend.

The terror group declared they were “victorious” on Sunday after storing the capital Kabul and seizing Afghan President Ashraf Ghani’s palace.

He fled the country, claiming he left to “prevent a flood of bloodshed”.

Desperate Afghans have rushed to flee the country – with thousands risking their lives in the process.

Harrowing videos show stowaways falling to their deaths after being thrown from a transport aircraft taking off from Kabul airport as they clung on to it.

The terrifying scenes have sent shockwaves around the world and sparked criticism over President Biden’s “rash” decision to withdraw troops.

“BLOOD ON HIS HANDS”

Republicans have joined in with the criticism of Biden’s apparent absence, with Rep. Michael McCaul saying he will “have blood on his hands”.

White House Press Secretary Jen Psaki was also blasted after people emailing her received an automatic “out of office” reply as the increasingly tense situation unfolds.

The UK Prime Minister also blamed the US decision for the advancement of the jihadist forces, claiming President Biden “accelerated” their control.

Boris Johnson said the “difficult” situation had been exacerbated by the President’s decision to withdraw troops from the war-torn country.

Other politicians warned of terrorist attacks on the West “on the scale of 9/11,” as the Taliban assert their regime.

The White House announced Biden will travel back to Washington from the Camp David presidential retreat to speak at 3:45pm on Monday.

George W. Bush calls Biden’s US troop withdrawal from Afghanistan a ‘mistake’ and fears for safety of women left behind