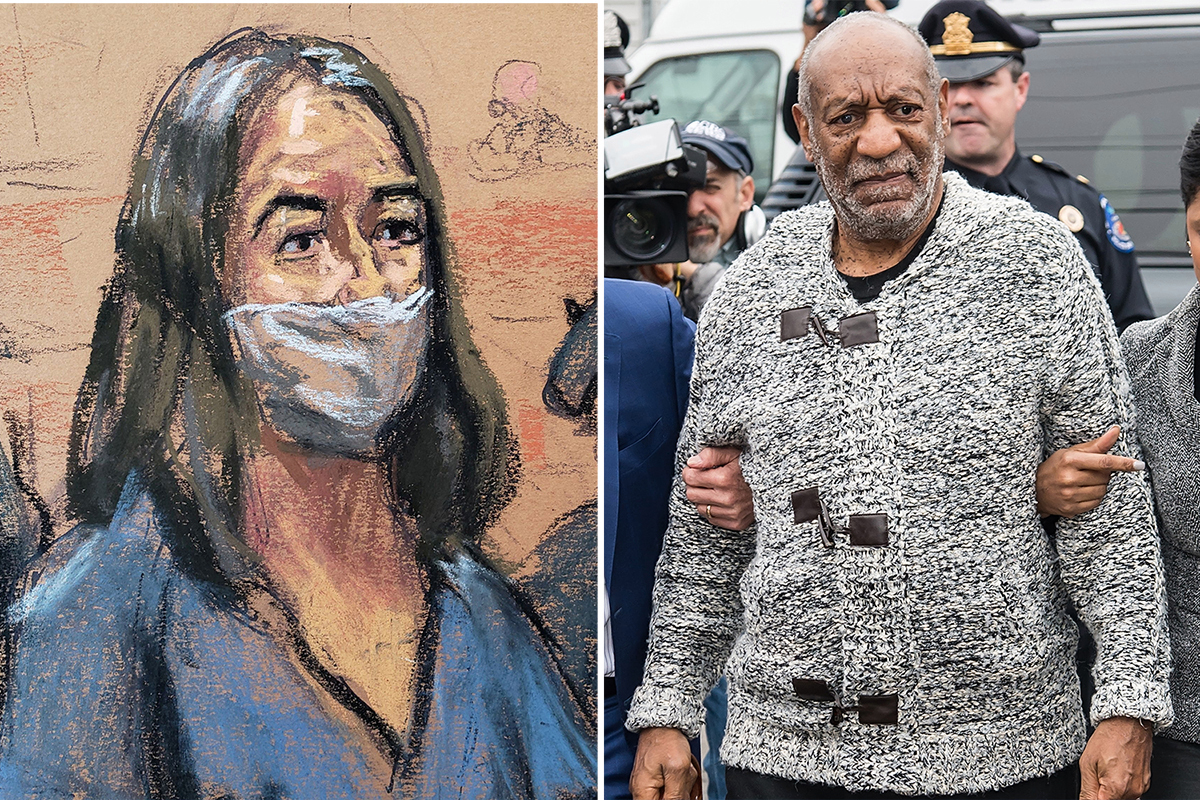 
GHISLAINE Maxwell’s bid to get her sex-trafficking case tossed by comparing it to Bill Cosby’s overturned conviction sunk after a federal judge in Manhattan rejected it.

In a written decision, U.S. District Judge Alison Nathan stated that Cosby’s case “focused on whether prosecutors were required to honor a promise that the court found to be clear in the absence of a formal plea agreement.”

She added: “Even if this Court agreed with the analysis in [Cosby’s case], that opinion sheds no light on the proper interpretation of the [Non-Prosecution Agreement] in this case,” and reported by Reuters.

Maxwell, 59, is facing decades in prison if she’s convicted of the eight-count indictment for sex trafficking.

Prosecutors allege Maxwell served as a madam to her former lover Epstein, 66, and groomed young girls for years to engage in sexual relations with him.

Epstein was found dead in his Manhattan jail cell in 2019 after being held on sex trafficking charges.

Cosby’s case was overturned and he was released from prison on June 30.

He gained back his freedom after Pennsylvania’s highest court determined that a 2005 promise by prosecutors not to charge him with drugging and assaulting Andrea Constand didn’t warrant a criminal conviction a decade later.

Cosby served more than two years of a three-to-10-year prison sentence after he was convicted in 2018 for sexual assault.

The agreement freed Cosby to testify in Constand’s subsequent civil lawsuit against him, which ended in a multi-million dollar settlement.

The British socialite’s attorneys claimed her case was similar to Cosby’s because like the released 83-year-old, Maxwell was immunized under Epstein’s 2007 nonprosecution agreement with Florida federal prosecutors in exchange for taking a guilty plea to a state prostitution charge.

“As in Cosby, the government is trying to renege on its agreement and prosecute Ms. Maxwell over 25 years later for the exact same offenses for which she was granted immunity,” her lawyers argued, according to the court papers and reported by Reuters.

“This is not consistent with principles of fundamental fairness.”

The judge also wasn’t convinced by attorneys for Maxwell accusing prosecutors of stalling to charge her with the sex trafficking rap between 2001 and 2004, claiming Congress’s 2006 elimination of the statute of limitations applied retroactively.

Maxwell’s deposition testimony was part of a $50 million civil lawsuit against her by Epstein accuser Virginia Giuffre.

That suit has since settled.

But Maxwell’s lawyers tried to convince the judge that building a criminal case with that civil testimony was unjust.

She referred to an earlier ruling stating that Epstein’s agreement in that civil case did not prevent Manhattan prosecutors from bringing a case forward or cover accused co-conspirators., according to Reuters.

In it, she accuses the 61-year-old Duke of York of sexually assaulting her when she was a teenager.

“Prince Andrew forced Plaintiff, a child, to have sexual intercourse with Prince Andrew against her will,” according to Giuffre’s complaint.

Prince Andrew has always denied any allegations that he engaged in sexual contact with Giuffre or and claimed to be oblivious to the illicitly sexual acts committed by pedophile financier Epstein.

Ghislaine Maxwell ‘is victim of “Epstein effect” in “difficult” jail conditions but is NOT suicidal,’ lawyer says