Joint Base Anacostia-Bolling military base on lockdown in Washington, DC, as cops hunt for ‘armed person with Gucci bag’ 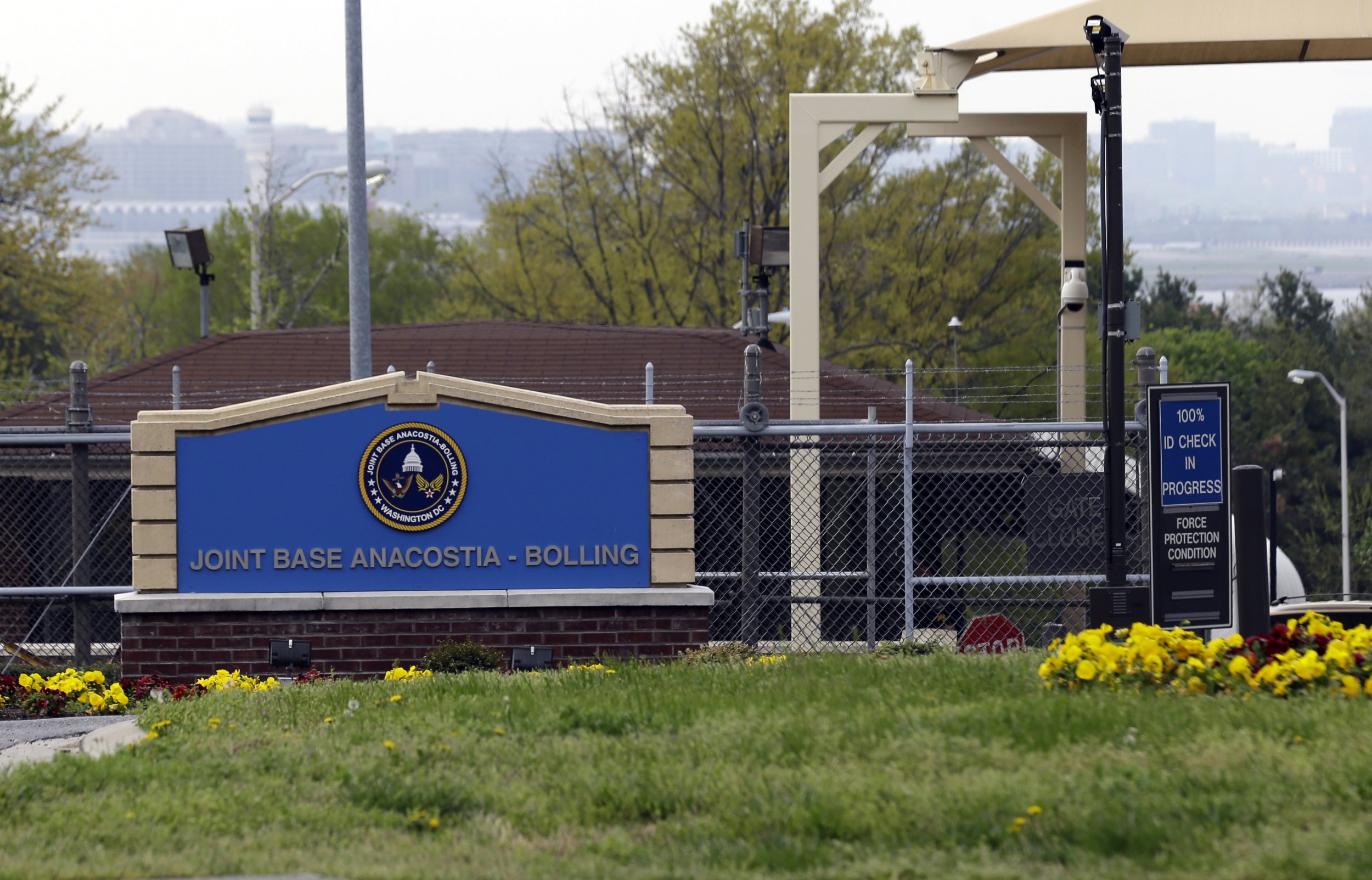 A MILITARY base in Washington was placed on lockdown Friday after a report that an armed person was spotted on the grounds after local police said shots were heard on streets near the base and a gunman ran onto the grounds.

Joint Base Anacostia-Bolling posted a note on its Facebook page saying the base was being placed on lockdown.

The notice said the person was spotted on the south side of the base.

The naval support facility at the north end of the base is used by Marine Helicopter Squadron One, the fleet of green helicopters that carry the president and vice president.

“Barricade your door, turn off the lights and your cell phone ringer, and remain silent,” the post said.

“If you are hiding, prepare to FIGHT.”

Officials initially said they were looking for two people, but a later report said only one person was at large, a man with dreadlocks wearing blue or green pants and a white tank top.

Washington’s Metropolitan Police Department said D.C. officers were responding to a report of shots heard near the base when the suspects ran onto the grounds. Police said they had no reports of any shooting victims.

A line of cars sat on the road at one entrance as security personnel blocked routes while police searched.

The 905-acre base in southeast Washington houses Air Force, Marine Corps and Coast Guard units, along with the Washington field office of the Naval Criminal Investigative Service and the headquarters of the Defense Intelligence Agency.

Just last week, a Pentagon police officer was stabbed to death after a burst of violence at a transit center outside the building.

A suspect was shot by law enforcement and died at the scene.

In that violence, the Pentagon, the headquarters of the U.S. military, was temporarily placed on lockdown.