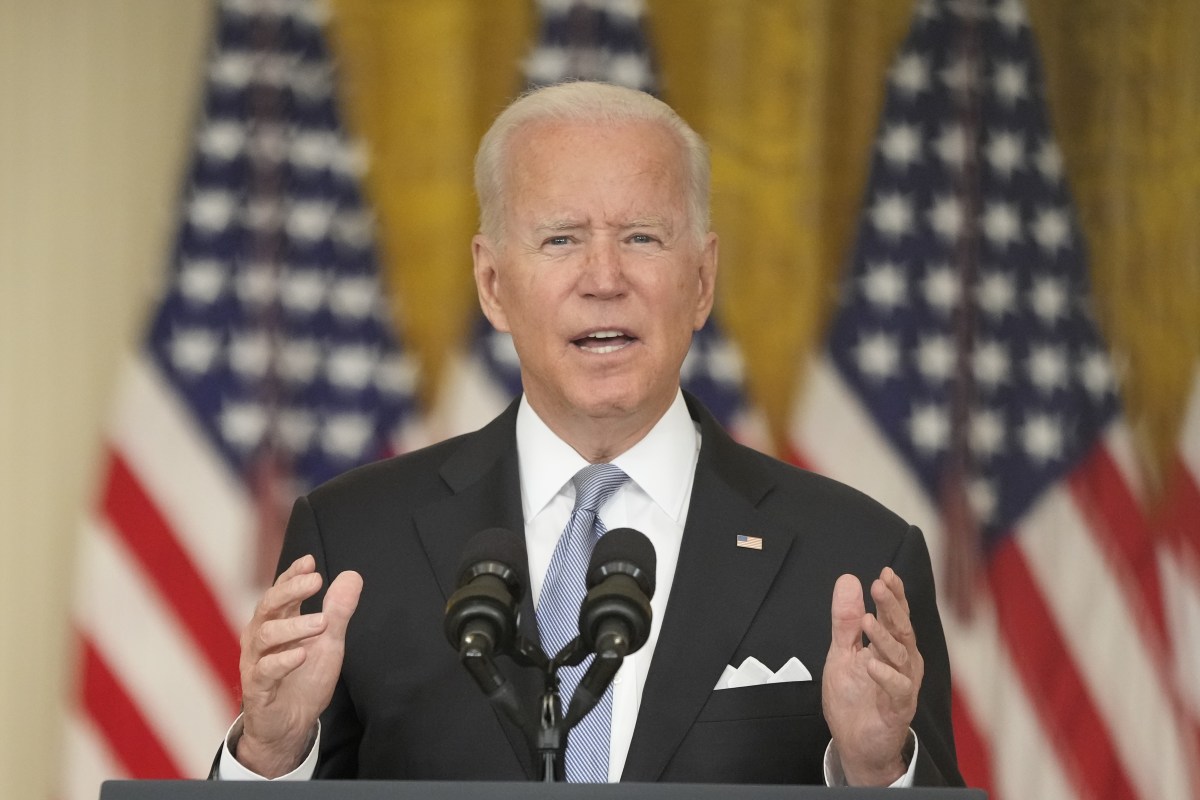 JOE Biden’s speech last night will surely rank as one of the most shameful in presidential history.

As chaos descended further on benighted Afghanistan, as desperation to flee the carnage saw locals clutching to the fuselage of a US evacuation flight plummet to their deaths, Sleepy Joe insisted this was all part of the plan.

The mission to prevent terrorism had been a success, he told us, and nation-building was never part of the deal.

“The buck stops with me,” he declared, after blaming Donald Trump, as well as the Afghan government, soldiers and people for the “gut-wrenching” scenes.

He threatened the Taliban with swift and “devastating force” if they misstep.

Hate to tell you, Mr President, but the insurgents in Kabul don’t seem to be quaking in their boots.

He boasted of resettling 2,000 Afghan allies and their families, as if it absolved him of blame for the many thousands more he has abandoned to their fate.

He rounded off by styling himself as a leader who would brave criticism for his decisions, only to dodder off without taking questions from the media.

Biden was probably right about one thing: that there’s never a good time to withdraw.

But there has to be a better way to exit than this shambolic headlong retreat that sold millions of ordinary Afghans down the river and will haunt the West for decades, if not centuries, to come.

WITH his deranged internet rants and a tendency to call himself Satan, Plymouth mass murderer Jake Davison was clearly an extremely disturbed individual.

Now it emerges he was receiving help from a mental health support group in the months before he slaughtered five victims including a three-year-old girl.

So far, the wet lettuce of a chief constable handling the case, Devon and Cornwall’s Shaun Sawyer, has not exactly inspired confidence.

He even breathtakingly claimed that probing the fiend’s social media before handing back his firearms licence would have invaded his privacy.

Does that apply to his counselling as well, and if so just what would qualify in Mr Sawyer’s eyes as a bar to owning a gun

OUR children are facing a tooth decay timebomb as a legacy of the pandemic.

Dental appointments for under-15s plummeted by half last year, and by even more for the under-fives.

Many parents can’t even get their kids on a waiting list for an NHS dentist — though strangely clinics can accommodate more lucrative private patients.

If dentists find the truth painful he can always offer them a lollipop.