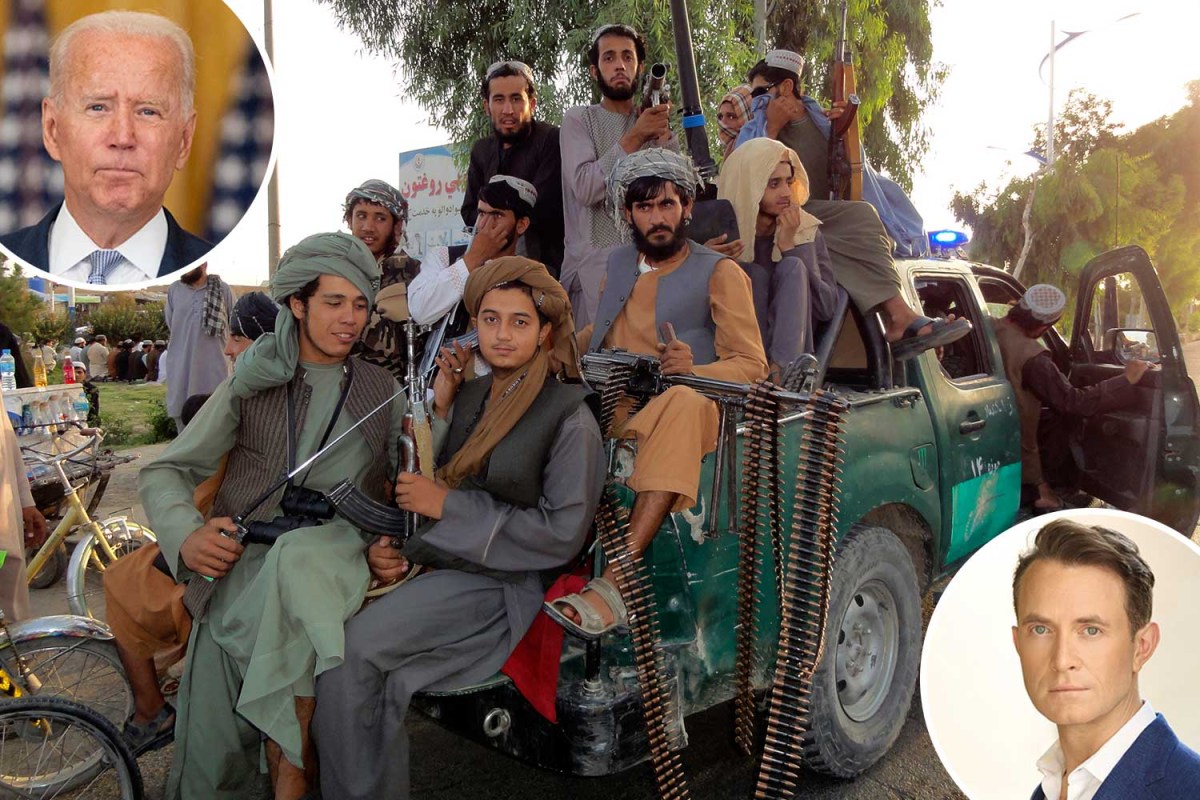 
A MONTH ago President Biden was questioned about the situation in Afghanistan.

It already looks like one of the worst Presidential appearances of recent times.

Biden assured the world that following his withdrawal of American troops there would be no collapse of the Afghan army or government.

He claimed that there was no comparison with America’s defeat in Vietnam.

And he was extra certain that there would be no Saigon-like scenes of helicopters landing on the roof of the US embassy to remove American personnel.

One month later and all this and more has happened. In record time.

America and her Nato allies were already drawing down their presence in the country.

But it was President Biden’s decision to speed up that schedule that left the Afghan army on its own.

Now we see the results. After 20 years of Nato efforts to train them the Afghan army collapsed the moment it had to stand on its own.

In recent weeks the Taliban advanced across the country with some local leaders changing sides to save themselves.

Now the Taliban has control of most of the country including the capital Kabul.

There are reports that the Afghan President has fled.

A wise personal move given the fate of some of his predecessors. But a disaster for the morale of those left behind.

In a final piece of shame for the Americans, helicopters were spotted landing on the roof of the US embassy in Kabul.

None of this had to happen. There was no reason why the US and her allies could not have kept a limited force in the country to prop up the local army and government.

But Biden decided against that. Now the fate of Afghanistan looks sealed.

Its people will be hurtled back into the Taliban dark age they were in before 2001.

But America and her allies are also losers. We were not especially impressive as enemies. And we also turned out not to be much use as friends.