Joe Biden has washed his hands of the Afghan people 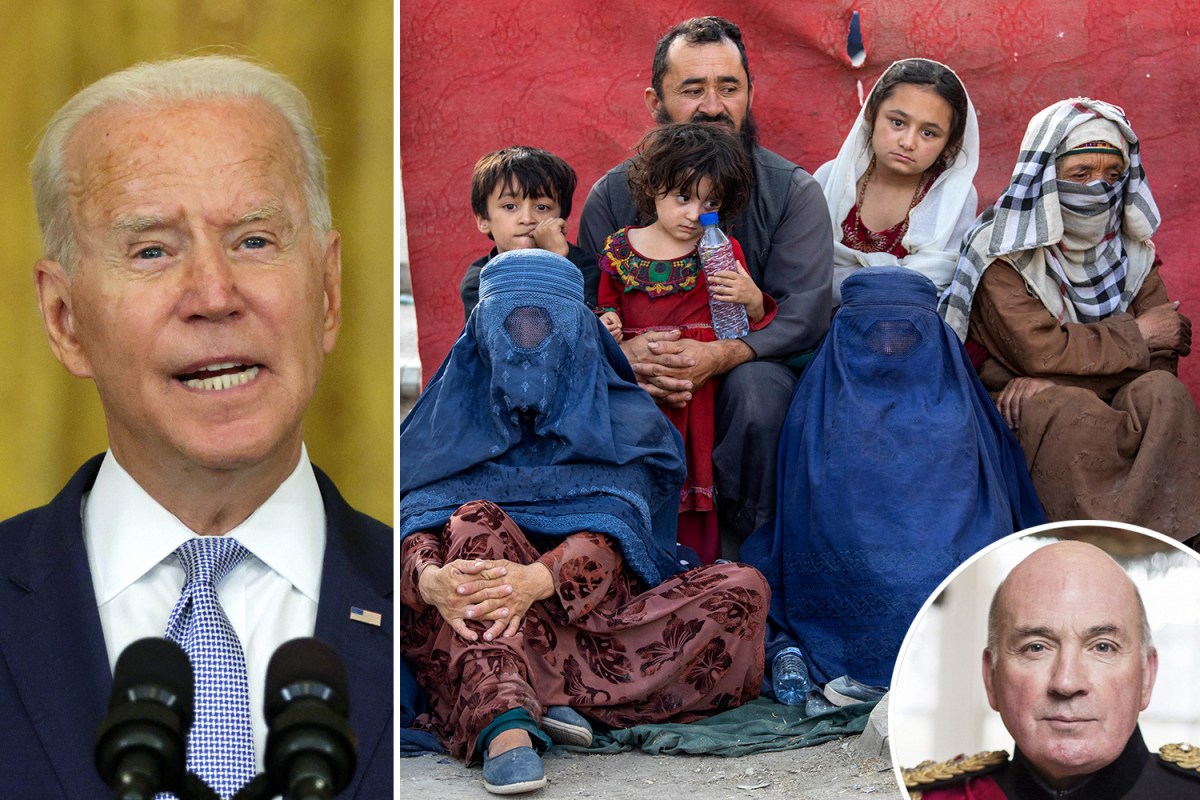 
WE have all become used to washing our hands during the Pandemic, but President Joe Biden has taken that to new level – washing his hands of the Afghan people.

And although we have invested £40billion into Afghanistan and sacrificed the lives of 457 members of our Armed Forces, we had no real choice other than to follow the US troops to the exit.

The Sun newspaper has been brilliant in supporting our brave men and women in uniform in Afghanistan over the last 20 years, but how has it all come to this tragic moment?

With the Taliban controlling two thirds of the rural territory in Afghanistan and now knocking on the doors of the 34 provincial capitals and even Kabul itself, we have to ask the question of what has gone wrong?

After US-led coalition forces drove out the Taliban in 2001-2002, it was the British who formed the core of the very successful International Security Assistant Force that protected Kabul and allowed President Hamid Khazi to form a government.

We should have invested in that success to start to put Afghanistan back on its feet and move into the 21st century.

But the Americans said that they did not do “nation building” and instead turned their attention to unfinished business in Iraq.

The distraction of the poorly planned campaign in Iraq began to allow the Taliban in Afghanistan the time and space to begin to regroup.

By the time that the UK led a new NATO mission back into southern Afghanistan in 2006, the Taliban were ready and waiting.

Our Army found itself fighting in two campaigns at the same time in both Iraq and Afghanistan – another strategic error.

Even if the strategy was wrong, there is no denying that our soldiers, sailors, airmen and marines – both men and women – did everything that could have been asked of them and more.

As we know, 457 of our comrades paid the ultimate sacrifice and hundreds more have suffered life changing physical and mental injuries, and for them and their families their battles go on.

Our investment of blood and treasure in Afghanistan was offering the people the chance to have a better life.

But until the heartless decision by President Joe Biden was taken to pull US troops out of what they called their “forever” war, much had been achieved in Afghanistan.

An elected government had been put in place, the economy was strengthening and civil life was being transformed.

In contrast to the harsh Sharia regime of the Taliban, the people were being given opportunities about which they could only previously have dreamt.

Women were given a proper place in society and girls – the future mothers of Afghanistan – were allowed to go to school and be educated.

Our investment of blood and treasure in Afghanistan was offering the people the chance to have a better life. That achievement is something of which we should be proud.

Even though the international troops are leaving, and the Taliban are taking full advantage of that disastrous decision, we must go on supporting the Afghan government and the Afghan people.

One thing that our government could do is reverse the cuts in our foreign aid to Afghanistan. This would be a major boost to Afghan morale.

The Americans may have cut and run but the UK must do better than that.