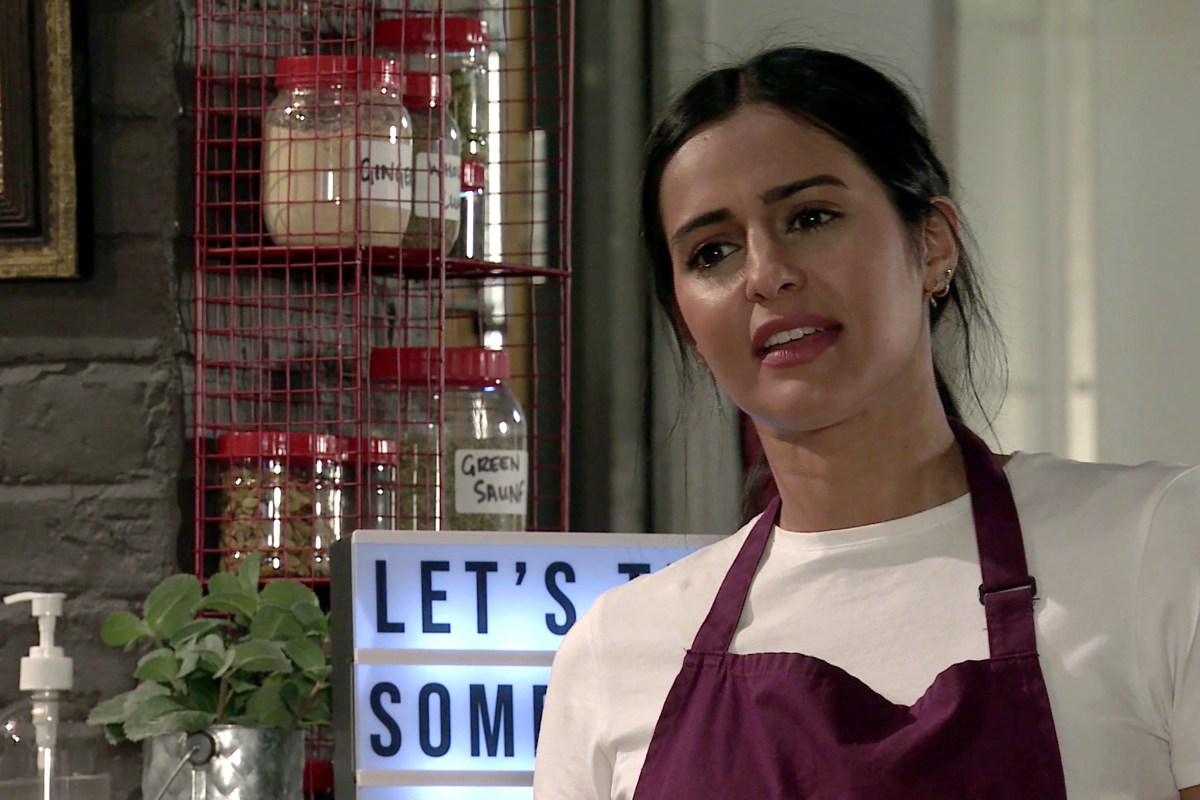 Daisy – who is played by Charlotte Jordan in the ITV soap – tore apart Ryan Connor and Alya Nazir by plying the young man with booze and tricking him into sharing her bed.

However, last night’s episode of Corrie saw Daisy set her sights on Daniel instead after discovering his mother had given him a house.

Next week, Daisy overhears Adam telling Daniel that his house is worth £400,000.

When Daisy asks about Daniel, Adam reminds her she has a boyfriend.

Daniel calls at the pub where Daisy tries to impress him by reciting Byron quotes.

However, Ryan humiliates her when he asks why she’s been looking up poetry on her iPad in front of Daniel.

Thinking on her feet, Daisy pretends she’s always wanted to be an English teacher and Daniel later drops off some teaching books.

Ryan is clearly jealous and quizzes Daisy about why she’s never told him she wanted to be a teacher, but Daisy is dismissive.

Fearing Bertie has swallowed it, Daniel picks him up to rush him to hospital.

In the street, Daisy offers to administer first aid but is shocked when Daniel yells at her to get out of the way.

Later, Daniel tells Jenny that Bertie is fine and it was a false alarm.

Alya is smug when she notices that Daisy has ditched Ryan and set her sights on Daniel.

Jenny takes pity on Alya and tells her that Ryan didn’t exactly cheat on her, leaving Alya intrigued.

Will Jenny drop Daisy in it?