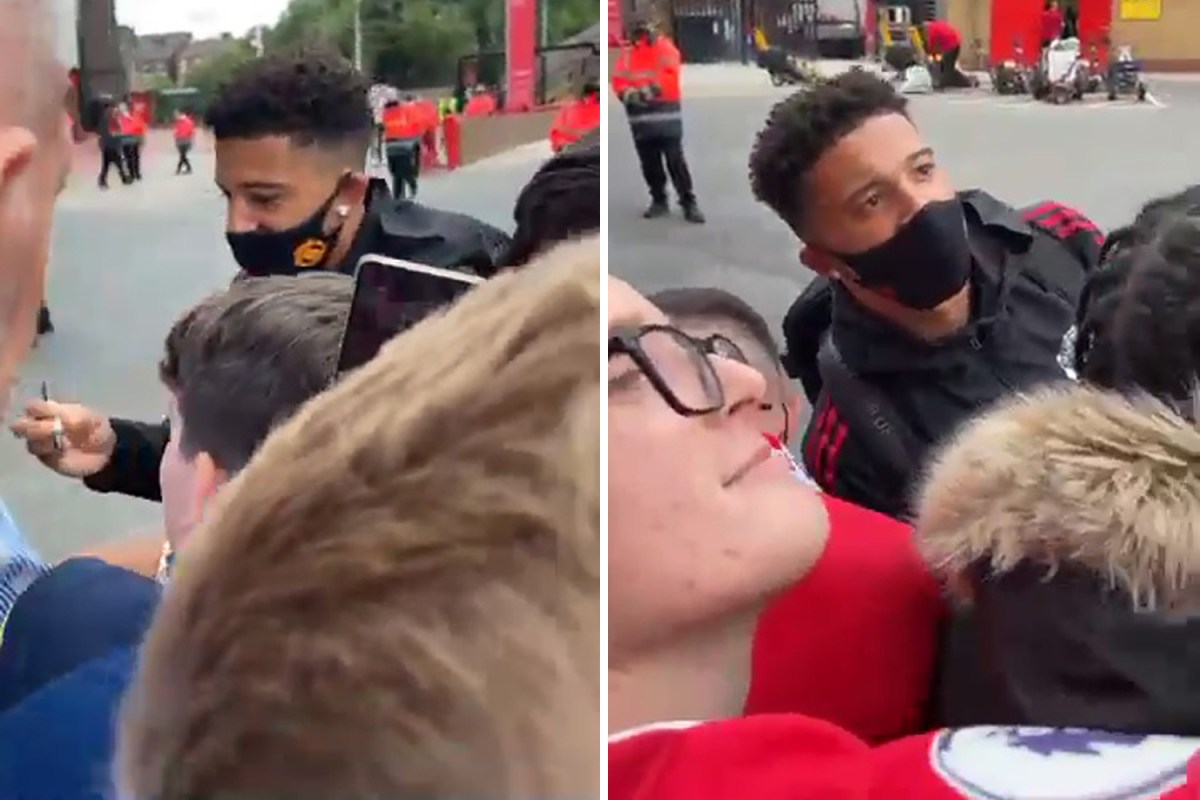 
JADON SANCHO has been hailed an ‘absolute legend’ after he spent half an hour signing shirts and taking pictures with Manchester United fans.

Footage emerged of Sancho engaging with United supporters after he came off the bench to make his debut during Saturday’s 5-1 win over Leeds.

Sancho, 21, played the last 15 minutes and was given a warm welcome by Reds fans in the stadium.

And after the game he was happy to make another good first impression with supporters of his new side.

He was filmed in United training kit and a mask surrounded by fans where he posed for pictures, signed shirts and chatted.

“The only player to do so, what an absolute legend.”

And fellow United fans were loving it in the comments.

River wrote: “I adore him.”

Sancho started in a secret friendly against Burnley on Tuesday.

The England winger played for an hour of the 3-1 win – setting him up for his full debut away to Southampton on Sunday.

And ahead of his debut, he excited Rio Ferdinand by telling him he was linking up well with Bruno Fernandes in training.