Jabs stroll-out and extreme lockdown? Welcome to the land down blunder 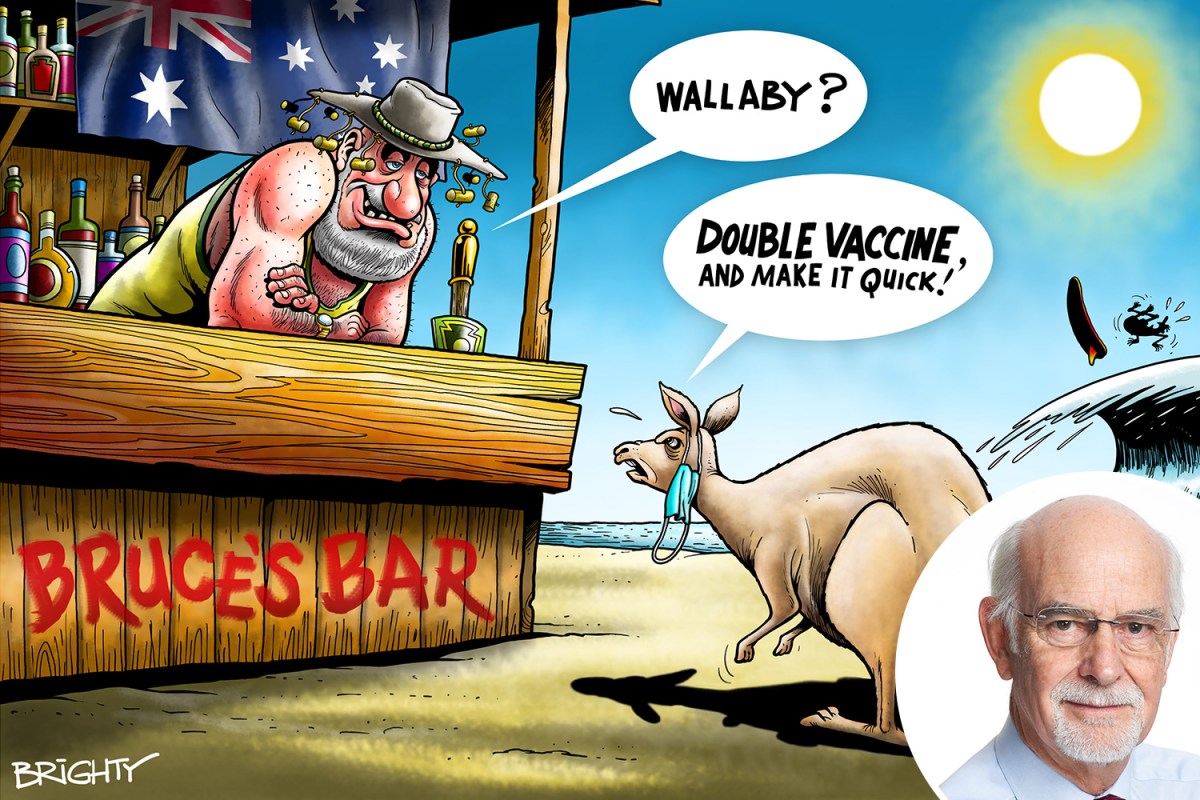 
POLICE riot squads on horseback, troops on the street, communities shut down and millions of people ordered indoors for weeks on end.

To coin a phrase, where the bloody hell are we? No, not Putin’s Russia or totalitarian China.

This is Australia, my adopted country, home of Ironmen lifesavers, granite-jawed Anzacs and fearless Crocodile Dundee.

Or it was. Today “Fortress Australia” is a jittery nation with more than half its population locked down in a futile battle for Zero Covid.

The Lucky Country is now LockDownUnder.

Three major cities — Sydney, Melbourne and Brisbane — are closed against each other and to outsiders. The economy is creaking.

This is a dramatic change for Australians who were, until recently, the envy of the world, living life to the full, with bars and restaurants open to all.

Now Prime Minister Scott Morrison, riding high in the polls last year, is under fire for a “shocking failure” in government policy.

It was “ScoMo” who, as an advertising tycoon, famously beckoned global tourists in 2005 with the slogan: “So where the bloody hell are you?”

Today thousands of Aussies are marooned overseas, barred from their own country. In a new twist, those who made it back have been told not to leave again.

Amid growing anger, one stranded group has lodged a human rights complaint with the United Nations.

It all began in March last year, when Australia and New Zealand cut themselves off from the world in the fond hope an invisible virus could be stopped by border control.

It worked brilliantly in one crucial respect. Fewer than 1,000 Australians have died compared with 130,000 in Britain alone.

This should have been the golden opportunity to rush out vaccines as fast as possible and inoculate Australia’s 26million people.

Instead, the government sat on its hands and hoped Covid would just go away.

ScoMo insisted the jabs roll-out was “not a race”. His roll-out slowed to a stroll-out.

Anti-jabbers used the space to smear the reputation of AstraZeneca — the only serum available in abundance. Everyone wanted Pfizer, which was scarce.

So while every adult in Britain and most of Europe has been offered two jabs, barely one in five Aussies are fully vaccinated.

As we return to near-normal, Australia is staying shut until eight out of ten are immune. At the current rate of vaccinations, that won’t be until next year at the earliest.

Travel-thirsty Australians must sit at home watching as the rest of the world goes free.

“It was a colossal failure. You can’t wind the clock back and fix what should have been done last year.

“The reason we are locked down is because our government failed to buy enough vaccines.”

There are, as ever, some loopholes for those with the right contacts — especially the rich and famous.

Down Under has been rebranded as Aussiewood, with tax breaks for moviemakers.

Zac Efron, Mark Wahlberg and Matt Damon are just some of the names who have set up temporary homes near the coast.

Julia Roberts and George Clooney are filming a new movie, Ticket To Paradise.

Until the latest crackdown, movie stars were queueing for the sunshine and enviable freedom from Covid.

Many of these superstars fled for the exit as the latest lockdown loomed.

They discovered sun-kissed Australia had turned into a gilded cage.

If and when the blockade is eventually lifted, many of the tourists ScoMo tried to lure 16 years ago simply won’t be able to afford a holiday.

I COULDN’T tell an alpaca from a llama, both distant relatives of the camel. They all spit and have dodgy breath.

But Geronimo is a supposedly TB-infected alpaca whose death sentence has captured the attention of an entire nation. My animal-dotty colleague Rod Liddle has joined Joanna Lumley in a fight for Geronimo’s life.

Owner Helen Macdonald is prepared to take the bullet on Geronimo’s behalf.

This push-me-pull-you saga is worth a full episode of All Creatures Great And Small.

Air fares have gone through the roof. Cheap economy seats, previously at less than £1,000 return, have nearly doubled in price.

With global warming being used to discourage air travel, those fares are unlikely to come down soon.

Australia’s splendid isolation could last a while yet.