Is Washington, DC’s Joint Base Anacostia-Bolling on lockdown? 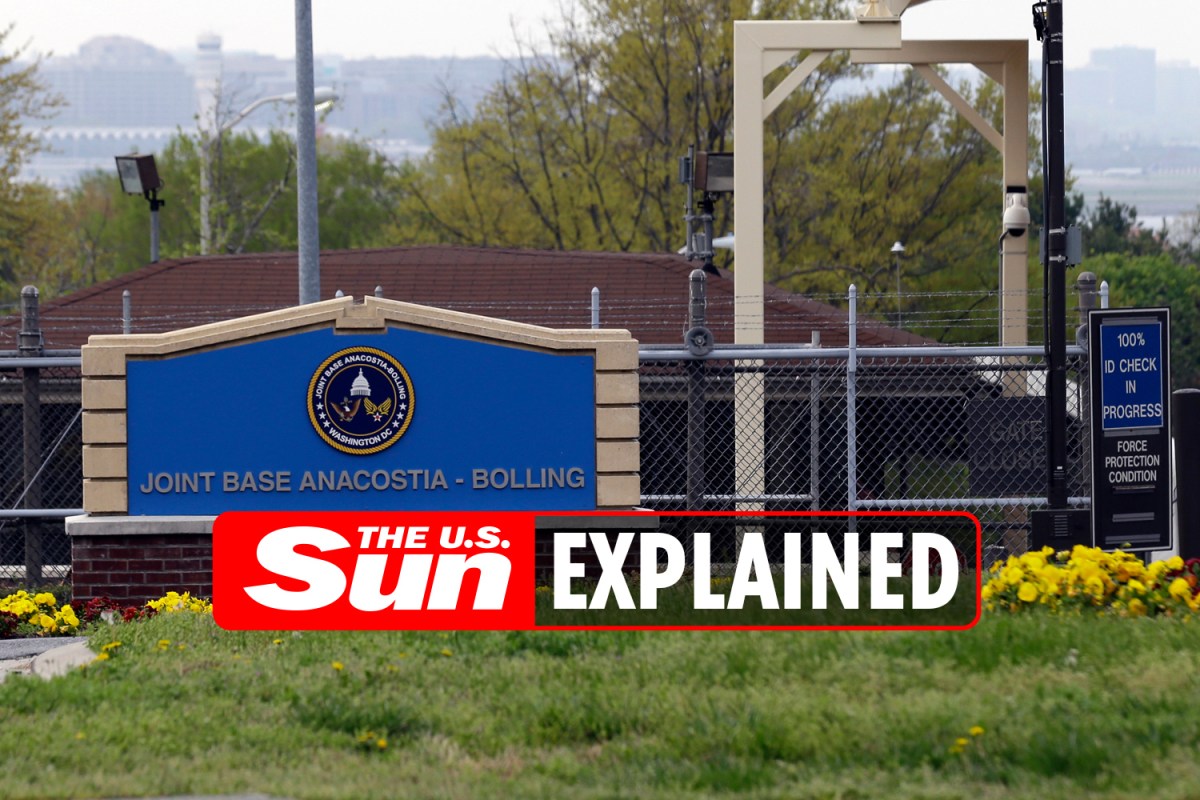 
JOINT Base Anacostia-Bolling is a military base located in Southeast, Washington, D.C.

The base is 905-acres and was established on October 1, 2010 and houses Air Force, Marine Corps and Coast Guard units. It is also the home of the Washington field office of the Naval Criminal Investigative Service and the headquarters of the Defense Intelligence Agency.

Is Washington, DC’s Joint Base Anacostia-Bolling on lockdown?

It was reported on August 13, 2021, that the DC military base was on lockdown as cops searched for an “armed person with Gucci bag.”

After two hours, the lockdown was lifted and the person in question was taken into custody.

* LOCKDOWN LOCKDOWN LOCKDOWN | There is a potential armed individual on Joint Base Anacostia-Bolling, the last known location was on the South side near Blanchard Barracks,” the base said in a Facebook post.

The person was described as a black male with medium build who was carrying a Gucci bag.

“If you encounter the individual and have a safe route, RUN. If you do not have a safe route to run, HIDE. Barricade your door, turn off the lights and your cell phone ringer, and remain silent. If you are hiding, prepare to FIGHT,” the post continued.

While the suspect was taken into custody, no information was released about his identity or how he got onto the base.

Why was the base on lockdown?

A spokesperson for the base told WTOP that gunshots were heard on the base and as a precaution they went into lockdown.

It was not classified as an active shooter situation.

Police got reports of a shooting at 3800 Halley Terrace SE at 12:04 p.m., and when they arrived on the scene, they found evidence of a shooting but no victim.