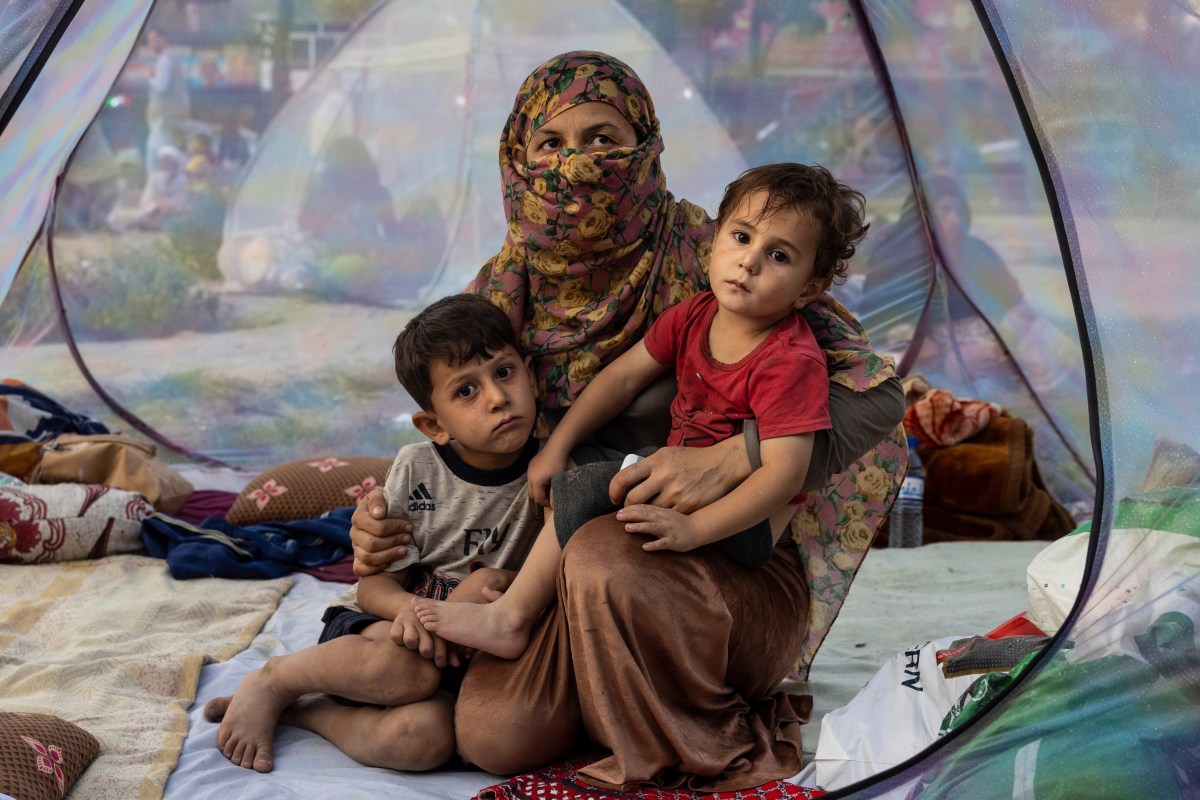 
WITH stonings, beheadings and being shot with assault rifles at point blank range, the women of Afghanistan face being left to a horrific fate.

And as the Taliban rampages across the country, some of its most brutalised victims have been – and will be – the country’s women.

Women were brutally oppressed when then the militant group last controlled Afghanistan in the 90s – and this looks set to return.

The worst looks still to come as the Taliban will likely roll out the vile executions for offences as trivial as being seen talking to men as they sweep territory on the road to Kabul.

Human rights groups and experts have all sounded the alarm over the fate that awaits the women of Afghanistan – but it looks like it may be too late to stop the tide.

Taliban militants in 2016 beheaded a woman for going shopping alone while her husband was away from home in the village of Larri.

Footage from 2012 captured Taliban militants shooting a woman named Najiba, 23, in the back of the head as she sat in a ditch in Qol.

While another horrific video showed another woman named Rokhshana, 19, being stoned in a shallow grave in Ghor in 2015.

Video captured earlier this year showed an unnamed woman screaming as she was whipped by a Taliban fighter accused of talking to a man on the phone.

And in one of the most infamous pictures ever captured of Taliban brutality, a woman named Zarmina, a mum-of-five, was executed in the middle of a football stadium in Kabul in 1999.

Zarmina’s death was watched by 30,000 spectators as she cowered beneath her veil – showing the terrifying normalisation of violence against women under the Taliban.

She was accused of murdering her husband – who she was forced to marry aged 16 had been beaten by every night throughout their marriage.

Her children were also placed in prison alongside her – and two of them were reportedly sold into sexual slavery by her Taliban fighter brother-in-law.

Zarmina died alone as tens of thousands watched – and her story continues to show the brutality meted out by the Taliban.

During the group’s five year rule throughout the 90s women were left housebound, only being able to leave with a male chaperone and while wearing a full burqa.

“The face of a woman is a source of corruption”, according to the Taliban.

Women are banned from working, banned from education over the age of 8, restricted from seeing doctors and face the constant threat of flogging or execution for any breaches of “moral” laws.

Bibi Aisha had her nose and ears cut off by the Taliban when she tried to flee after being married off at 14.

She was left to die and only rescued by aid workers – moving to the US and getting facial reconstruction surgery after appearing on the cover of TIME.

“The Taliban will regress freedom at all levels and that is what we are fighting against,” an Afghan government spokesperson said.

“Women and children are suffering the most and our forces are trying to save democracy.

“The world should understand and help us.”

It is feared the Taliban may now just been weeks – if not days – from launching an assault on Kabul.

The pace at which they have surged as stunned the retreating West, with US President Joe Biden facing major criticism as he is accused of abandoning the people of Afghanistan.

Defence Secretary Ben Wallace said Afghanistan was spiralling into a failed state that will revert to being a safe haven for terrorists.

“Of course Al Qaeda will probably come back,” he said.

“Failed states around the world lead to instability, lead to a security threat to us and our interests.

“For 20 years we effectively bought a peace on our streets because our Al-Qaeda was unable to launch plots from Afghanistan.”