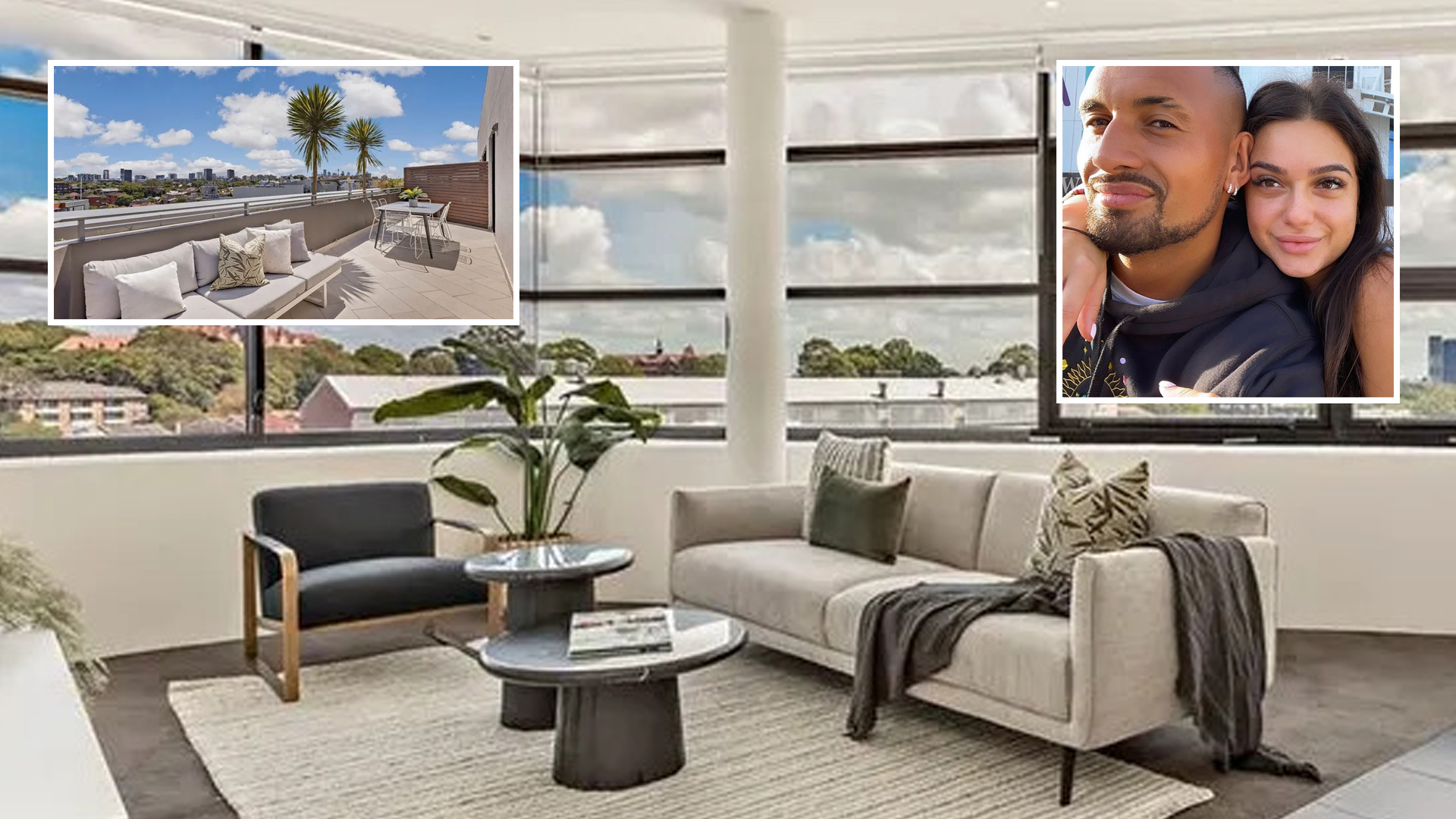 
NICK KYRGIOS treated himself to a stunning new £900,000 apartment in Sydney amid hints of getting married.

The Australian tennis star, 27, was born and bred in Canberra – and is still mainly based in the capital or in the Bahamas.

However, soon after he started dating Costeen Hatzi, the maverick player splashed the cash on the luxury new home.

Hatzi, 22, is from Sydney and is understood to live there still.

And in May, it was reported by the Daily Telegraph in New South Wales that Kyrgios had forked out $1.6million AUD on the penthouse suite to be able to be near his girlfriend when he is not travelling around the world competing in tennis tournaments.

Despite only being together for a matter of months, both suggested they were planning to tie the knot with posts on Instagram including rings and references to spending their lives together.

The swanky pad is split across two floors and includes three bedrooms and two bathrooms.

It also has a plush integrated gloss kitchen with a stunning modern interior with timber features.

And helpfully there are two parking spaces so the former Wimbledon quarter-finalist can keep his £82,000 green Tesla and the Fast & Furious-inspired Dodge Challenger safe.

However, the exclusive complex in Sydney’s high-end Kensington area also boasts a rooftop wet bar to enjoy evening drinks while the lap pool and gym mean Kyrgios can keep in peak condition away from the practice court.

Kyrgios gave fans on Instagram a sneak peek into the property when he showed some of the building work being done.

And the report adds the purchase process will be included in an upcoming Netflix documentary following the former world No13.

Kyrgios split with long-term, on-off girlfriend Chiara Passari in 2021 but months later got together with Costeen.

She was in his player’s box at the 2022 Australian Open as Nick teamed up with close pal Thanasi Kokkinakis to win the doubles title – his first Grand Slam.

The blogger and home decor entrepreneur also travelled with Kyrgios to California and Florida for the Masters 1000 events at Indian Wells and Miami – where he produced plenty of quality tennis but again got embroiled in more drama and unsavoury antics.

The six-time ATP title winner skipped the French Open for the fifth year running in 2022 but may make his Grand Slam return on the lawns of Wimbledon.

Kyrgios sent shockwaves around the tennis world in 2014 when, as an unknown teenager, he beat world No1 and future nemesis Rafael Nadal in the fourth round at the All England Club with his trademark entertaining style of play – complete with all his flicks and tricks.

During his time back home away from the court during Roland Garros, he got into a bitter social media spat with rival and compatriot Bernard Tomic, who challenged him to a $2m winner-takes-all grudge match to settle their score and determine who is better.