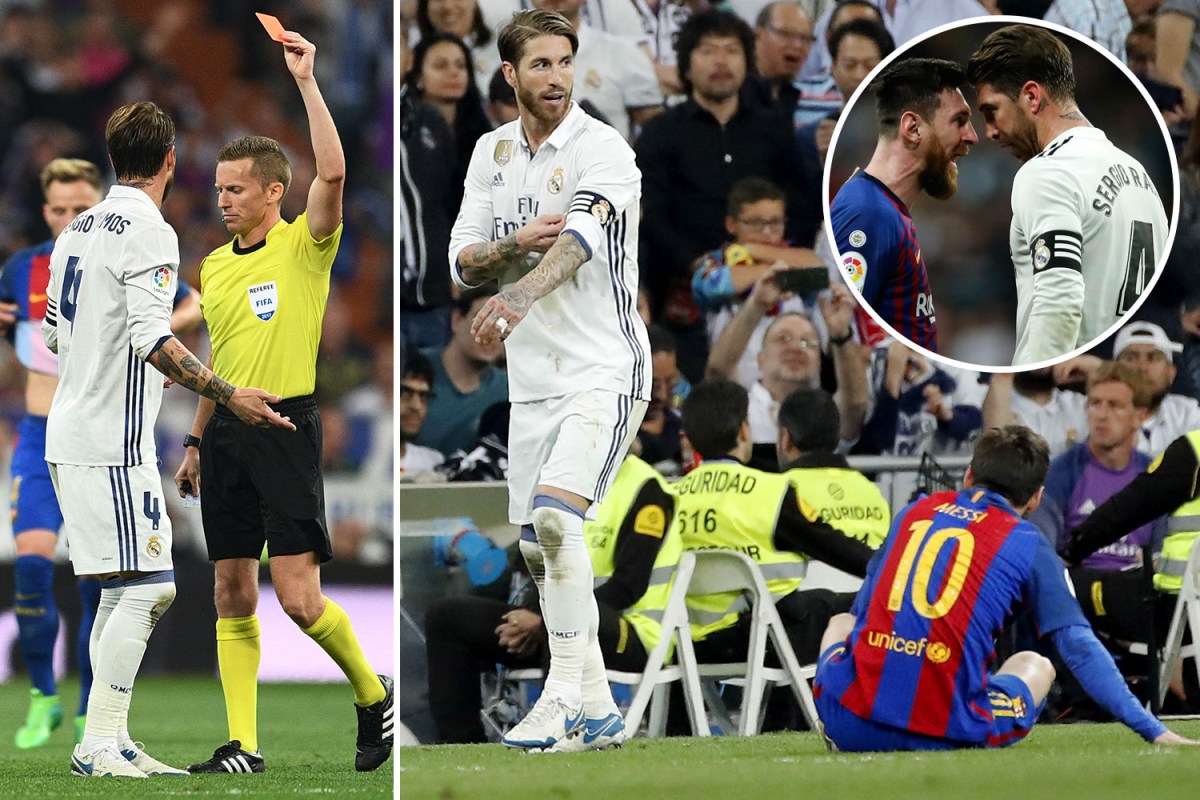 
LIONEL MESSI and Sergio Ramos have had a fiery relationship over the years as their rivalry often boiled over on the pitch.

The Barcelona vs Real Madrid tension was encapsulated in the battle between two of the clubs’ most legendary players.

Now they are preparing to become teammates for the first time following summer transfers to Paris Saint-Germain.

So we thought it was worth reminding ourselves the history of Messi and Ramos’ very public and long-standing spat.

Here are just some of the most memorable moments between the pair.

Ramos appeared to swing back and catch Messi with his elbow during Barcelona’s El Clasico win at the Bernabeu in March 2019.

Messi confronted the Spanish defender, appearing to accuse Ramos of injuring him on purpose.

And it was the Argentine who had the last laugh as Ivan Rakitic scored the only goal of the game to give Barca a 1-0 victory in front of the Madrid faithful.

Messi hit out at rival Ramos in an X-rated blast during Real Madrid’s Super Cup win over Barcelona in 2017.

An already frustrated Messi – who watched his team go down 5-1 over the two legs – was left fuming when Real skipper Ramos stopped the Barca star taking a quick free-kick.

But the Real wind-up merchant Ramos instead threw the ball over his head at the last second and jogged back into position.

That drew an irate response from five-time Ballon d’Or winner.

Ramos was sent off twice for challenges on Messi during his time at Real Madrid.

The first came in 2010 during a famous match where Barcelona thrashed Real 5-0 at the Nou Camp.

In the final minutes of the game, an angry Ramos lashed out at Messi in a sickening way, running up to his side and ferociously kicking his left leg. It was a no-brainer for the referee as the Spaniard was given his marching orders.

And seven years later Ramos was shown a red card again after a two-footed challenge that missed both the ball and Messi.

To add insult to injury, Messi would go on to score an injury-time winner to give Barcelona a 3-2 victory.

Messi and Ramos faced off against one another 43 times during their careers at Barcelona and Real Madrid.

The El Clasico rivalry is one of the biggest in football, so it is not surprising that two of the most prominent figures in the clubs’ recent history have rubbed shoulders on so many occasions.

Messi has beaten a Real Madrid side featuring Ramos 19 times, while the Spanish centre-back only has 14 victories over a Barca team including Messi.

MUTUAL RESPECT BETWEEN THE PAIR

Despite the altercations they have had in the past, there does appear to be a respect between Ramos and Messi.

And that was proven to be the case last month when Ramos spoke about the possibility of Messi joining him at Paris Saint-Germain.

The 35-year-old told TNT Sports: “I like to play with the best players and Messi has been one of the best in the world.

“I have always said that Messi will always have a role in my team.”