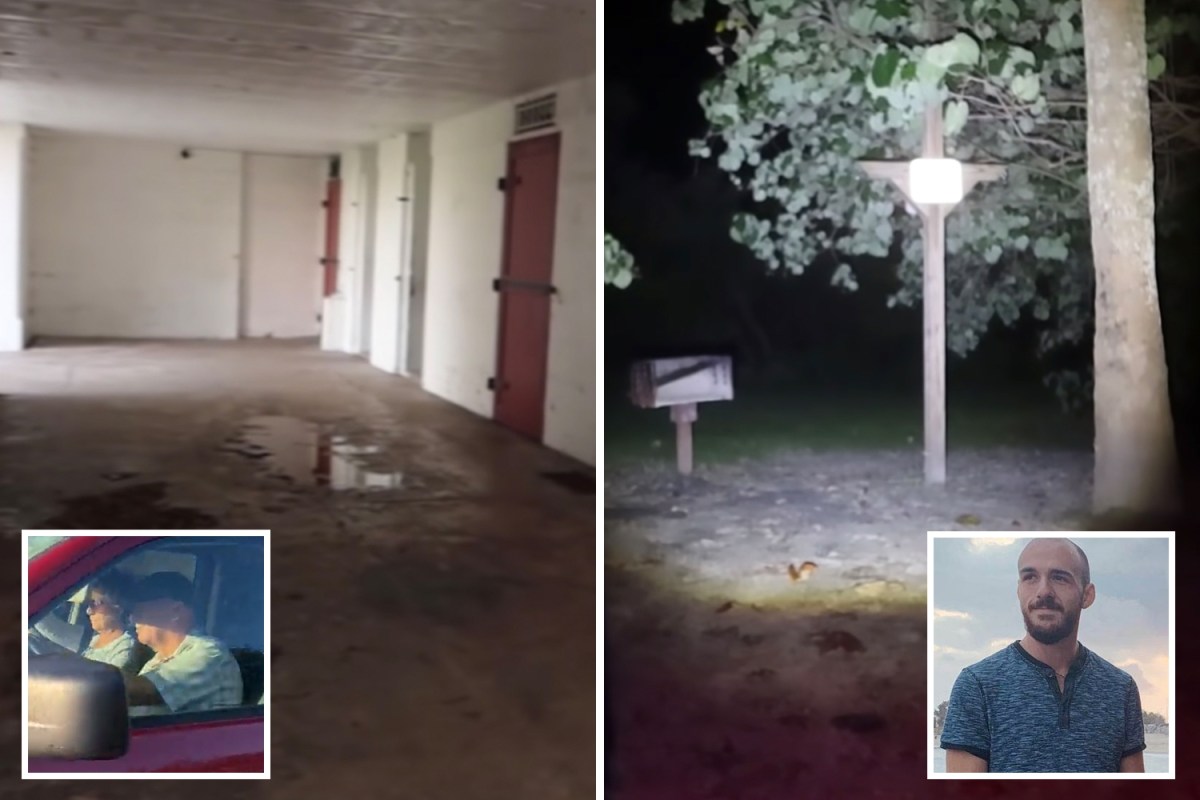 
THE campground where Brian Laundrie stayed with his parents earlier this month is apparently haunted and has a chilling history of ghost sightings.

The search continued for Gabby Petito’s fiance in Fort De Soto Park on Wednesday as Dog the Bounty Hunter goes out on foot to try and track him.

The TV star claims he has received a tip-off about the 23-year-old’s whereabouts and is accompanied by local law enforcement as Laundrie evades arrest.

Authorities have also said they are conducting a search of the area.

The park is a highly popular hiking spot, visited by Laundrie with Petito in February.

With stunning beaches and idyllic islands, it is commended by tourists for the quiet and shady places to spend the night for long-term camping.

Yet once night falls, the former military base reportedly becomes the site of haunting footsteps, wailing ghostly figures, and disappearing women.

It has led to terrifying legends in the park’s folklore after decades of tragic deaths in the area from suicides, boat crashes, and yellow fever.

Fort De Soto Park was originally occupied by Tocobuga Indians from approximately AD 1,000 to A.D. 1,500 according to Paraholics.com.

The area consists of at least 15 islands that were used for centuries by Native Americans as burial grounds.

The park was later the home of a 613-acre military installation that began in 1898.

It was considered a prime spot for coastal defense and named Fort De Soto in 1900 after a Spanish explorer.

The park and the historic fort were officially designated in 1963.

Visitors to the park have claimed to hear voices whispering from the southernmost bunker of the fort, Paraholics reports.

Footsteps have also been heard in the fort’s small powder room.

And in one of the most well-known legends, a phantom apparition of a lovesick soldier is seen emerging fully clothed and dripping wet from the fort with a haunting footstep.

It is claimed he is searching for his long-lost love.

Another of the park’s ghostly figures is said to have an eye for ladies.

A specter of a “friendly” trout fisherman has reportedly been seen in the water and is fond of interacting with women.

However, he quickly disappears after their conversation.

A quarantine station was established in Mullet Key from 1889 until 1937.

Immigrants were examined here before being allowed into the US.

It came after 100 people were killed in the area from a Yellow Fever outbreak.

Ghost reports have also emerged from the outbreak’s history.

It is reported she went insane with grief and has haunted the area since.

The park is home to the Sunshine Skyway bridge which is considered one of the deadliest bridges in the country, Tampa Bay Times reports.

After the spate of deaths on the original bridge, it was made higher to nearly 200 ft at its highest point in the 80s.

Yet the first suicide was reported only five months later.

According to Paraholics, the bridge is reportedly cursed after a construction worker died when falling into wet concrete.

However, the only construction death reported was from falling machinery.

There were also three others workers killed during repairs, according to the Palm Beach Post.

Among the ghostly sightings, witnesses have claimed to have seen a woman preparing to jump from the bridge but she is never found.

Others claim to have picked up a woman hitchhiking who gets scared by the end of the bridge, runs out, and then can’t be seen again.

People traveling close to the original bridge also claim to have witnessed a “ghost bus” driving past and to feel a breeze.

Yet they claim the bus plunges downward with an elderly woman grinning for the back window.

A bus and seven vehicles plunged into Tampa Bay when the 34,000-ton carrier Summit Venture hit the bridge during a storm in 1980, causing 1,400ft of roadway to collapse.

There were 35 deaths including a six-month-old child and it is called one of the worst bridge accidents in US history, according to the Tampa Bay Times.

Foto De Soto Park was also the site of the worst peacetime disaster in US history in 1980.

Twenty-three lives were lost on the Coast Guard Cutter Blackthorn after a freak set of circumstances.

Lights from a nearby cruise ship are believed to have hampered the eyesight of the crews aboard the Blackthorn and the Capricorn and they collided close to the Sunshine Skyway bRidge.

The park became the site of a temporary morgue as crew members were found floating in the water.

Laundrie had previously posted pictures with Gabby from the Fort De Soto Park in February.

The missing man appears to have also shared a warning about the Fort DeSoto site on the couple’s blog site, writing about the raccoons that broke into their tent.

He also shared a picture that showed him behind bars with Gabby at the historic fort.

Other images in the February post reveal Gabby enjoying time at the beach.

But it warned: “So many raccoons!! Oh my gosh like they are not afraid of people and will come and take the s’mores right off your plate!

“Late while our family was asleep, the raccoons broke into their tent and took all our marshmallows & hot dog buns! So warning the raccoons run that place!! It’s still a really nice campground!”

BRIAN ‘SIGHTING’ IN THE PARK

On Wednesday, one family also claimed to have caught Laundrie on camera when they snapped him in a selfie while they visited Fort De Soto.

A couple, from Fort Myers, alleges they camped next to the family at the park.

A man can be seen walking through the park grounds in the background of a family selfie. It’s not known if Laundrie is in the photograph.

The individual appears to be wearing black shorts but is not wearing a t-shirt. It’s not known when the selfie was taken.

Marci Newsom told NBC2: “We checked in on Labor Day. Apparently, they were in the campground when we were they and they checked in right next to us.”

She claimed that she saw a red truck with a camper attached to it.

Marci and her husband Kenny alleged it was similar to the vehicle that has been parked outside Laundrie’s parents’ home in North Port.