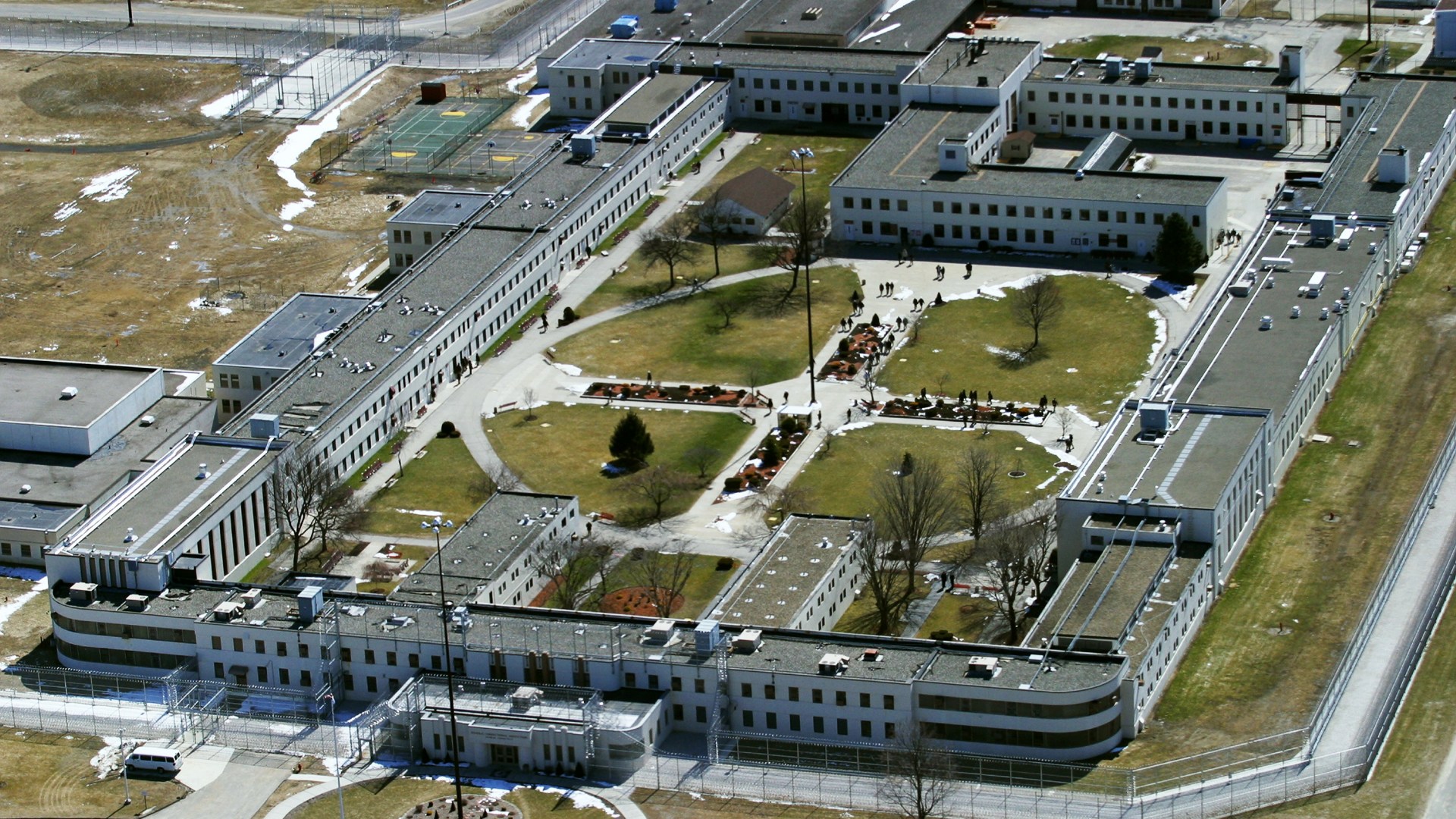 
GHISLAINE Maxwell’s lawyer has asked for the shamed socialite to serve her 20-year sentence at a deluxe prison likened to Disneyland.

The twisted 60-year-old showed no emotion as she was today jailed for two decades after apologising to her victims.

Disgraced Maxwell lured vulnerable teenagers for vile multi-millionaire Epstein to abuse at his various luxurious properties – with the pair described as “partners in crime”.

Handing down the sentence, Judge Alison Nathan said Maxwell’s victims were forced to live through the “painful, horrific and lasting impact of that trauma”.

She continued: “The damage done to these girls was incalculable.

“Those who engage in and facilitate sexual abuse will be held accountable by the law. Whether you are rich or powerful, nobody is above the law.”

Judge Nathan also imposed a $750,000 (£615k) fine on the heiress and said her sentence would be followed by five years of supervised release.

Maxwell’s lawyer Bobbi Sternheim has requested for Maxwell to be sent to the low-security FCI Danbury in Connecticut after spending months holed up in the notorious Metropolitan Detention Centre in Brooklyn – considered one of America’s toughest jails.

The plush jail would give Maxwell more freedoms with features such as a running track, library and even a gardening course

It is where Piper Kerman, author of Orange Is the New Black: My Year in a Women’s Prison which the hit Netflix series was based on, served 13 months for money laundering.

The prison – which holds 1,049 male and female inmates – has a number of cushy programmes on offer for inmates, including vocational training in culinary arts and horticulture and apprenticeships in baking, carpentry, animal training and painting.

According to experts, Epstein’s ex-lover will feel like she is in “Disneyland” if she is locked up at a federal jail.

Expert Justin Paperny previously told The Times Maxwell has “really endured the worst of what prison can offer” in “arguably the worst detention centre in America” while in custody.

In the lead up to her trial, Maxwell’s lawyers repeatedly – and unsuccessfully – tried to persuade the judge to release her on bail, complaining she was enduring a “living hell”.

She sensationally spoke out from her “wretched, dank” prison cell, claiming “creepy” guards watched her as she used the bathroom and that her only company was the rats near to the open sewer drain.

Her lawyers even argued her jail conditions were fit only for fictional serial killer Hannibal Lecter, saying her continued imprisonment was “untenable and unreasonable”.

Maxwell also moaned that the jail computers were “too slow” while in another bizarre whinge she revealed she “played peekaboo” with prison guards and had an imaginary friend.

She also complained she was “weak” and “frail” due to the subpar dining options provided by the US government.

It comes as Maxwell was today jailed for 20 years for decades of abuse after grooming dozens of girls for twisted paedophile Jeffrey Epstein.

The 60-year-old lured vulnerable teenagers for vile multi-millionaire Epstein to abuse at his various luxurious properties – with the pair described as “partners in crime”.

Wearing a prison-issued uniform, Maxwell apologised to her victims, saying she hopes her sentencing will allow them “peace and finality”.

She told the court meeting Epstein was her “greatest regret”.

Maxwell said: “It is hard for me to address the court after listening to the pain and anguish expressed in the statements made here today.

“I believe that Jeffrey Epstein was a manipulative, cunning and controlling man who lived a profoundly compartmentalised life and fooled all of those in his orbit.”

She said the paedophile “should have been here before all you”, admitting: “Today is not about Epstein. It is for me to ultimately be sentenced.”

Looking at her victims, Maxwell added: “I am sorry for the pain that you experienced.

“I hope my conviction and harsh incarceration brings you brings you closure, peace and finality”.

Maxwell said the knowledge of the effects of her crimes “tortures me every single day”.

Annie Farmer said Maxwell’s last-ditch attempt to apologise to her victims sounded “hollow” but that the victims were “happy” with the sentence.

She told reporters outside the court: “Her statement very like a very hollow apology to me and she did not take responsibility for the crimes that she committed.

“It felt like once more her trying to do something to benefit her and not at all about the harm she had caused.”