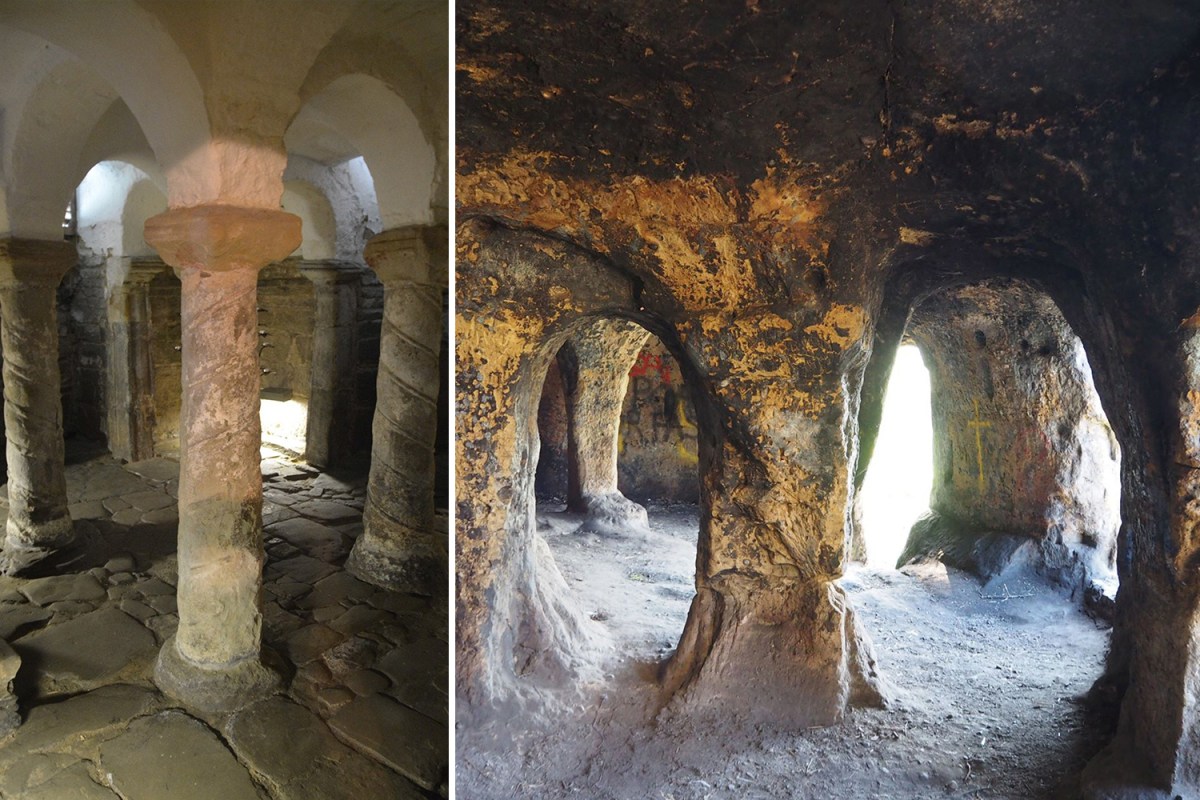 
AN Anglo-Saxon cave house that could be the UK’s “oldest intact domestic interior” has been identified.

The cave home is said to date back to the early ninth century and may have housed a lonely exiled king.

The Grade II-listed Anchor Church Caves are located in Derbyshire.

They were previously thought to be 18th Century follies, which are structures built purely for decoration.

However, new research suggests the cave structure dates back to early medieval times and was used as a dwelling and potentially a chapel.

The Royal Agricultural University’s (RAU) Cultural Heritage Institute carried out an investigation at the caves along with Wessex Archaeology.

Edmund Simons, principal investigator of the project, said: “Our findings demonstrate that this odd little rock-cut building in Derbyshire is more likely from the 9th century than from the 18th century as everyone had originally thought.

“This makes it probably the oldest intact domestic interior in the UK – with doors, floor, roof, windows etc – and, what’s more, it may well have been lived in by a king who became a saint!

“Using detailed measurements, a drone survey, and a study of architectural details, it was possible to reconstruct the original plan of three rooms and easterly facing oratory, or chapel, with three apses.”

“These cave dwellings have often been overlooked by historians”

The structure of the design is said to closely resemble Saxon architecture with its narrow windows and doorways.

Caves like this one are often associated with anonymous medieval hermits, meaning someone who lives alone, sometimes for religious reasons.

A fragment of a 16th century printed book says that at “that time Saint Hardulph has a cell in a cliff a little from the Trent”.

The location described correlates well with the Anchor Church Caves.

Some modern scholars think Saint Hardulph was King Eardwulf, who was forcefully removed as king of Northumbria in AD806.

Simons said: “The architectural similarities with Saxon buildings, and the documented association with Hardulph/Eardwulf, make a convincing case that these caves were constructed, or enlarged, to house the exiled king.

“It was not unusual for deposed or retired royalty to take up a take up a religious life during this period, gaining sanctity and in some cases canonisation. Living in a cave as a hermit would have been one way this could have been achieved.

“These cave dwellings have often been overlooked by historians but may be the only intact domestic building to have survived from the Saxon period. This project has so far identified more than 20 other sites in the West Midlands that could date from as early as the 5th century.”

In other archeology news, an ancient banquet hall dating back to the time of Jesus has been opened to the public in Jerusalem.

A mysterious tomb just a few miles from Dublin is older than the Pyramids of Giza and continues to baffle scientists.

And, the first humans to set foot on the North American continent could have arrived 30,000 years ago, according to new evidence.