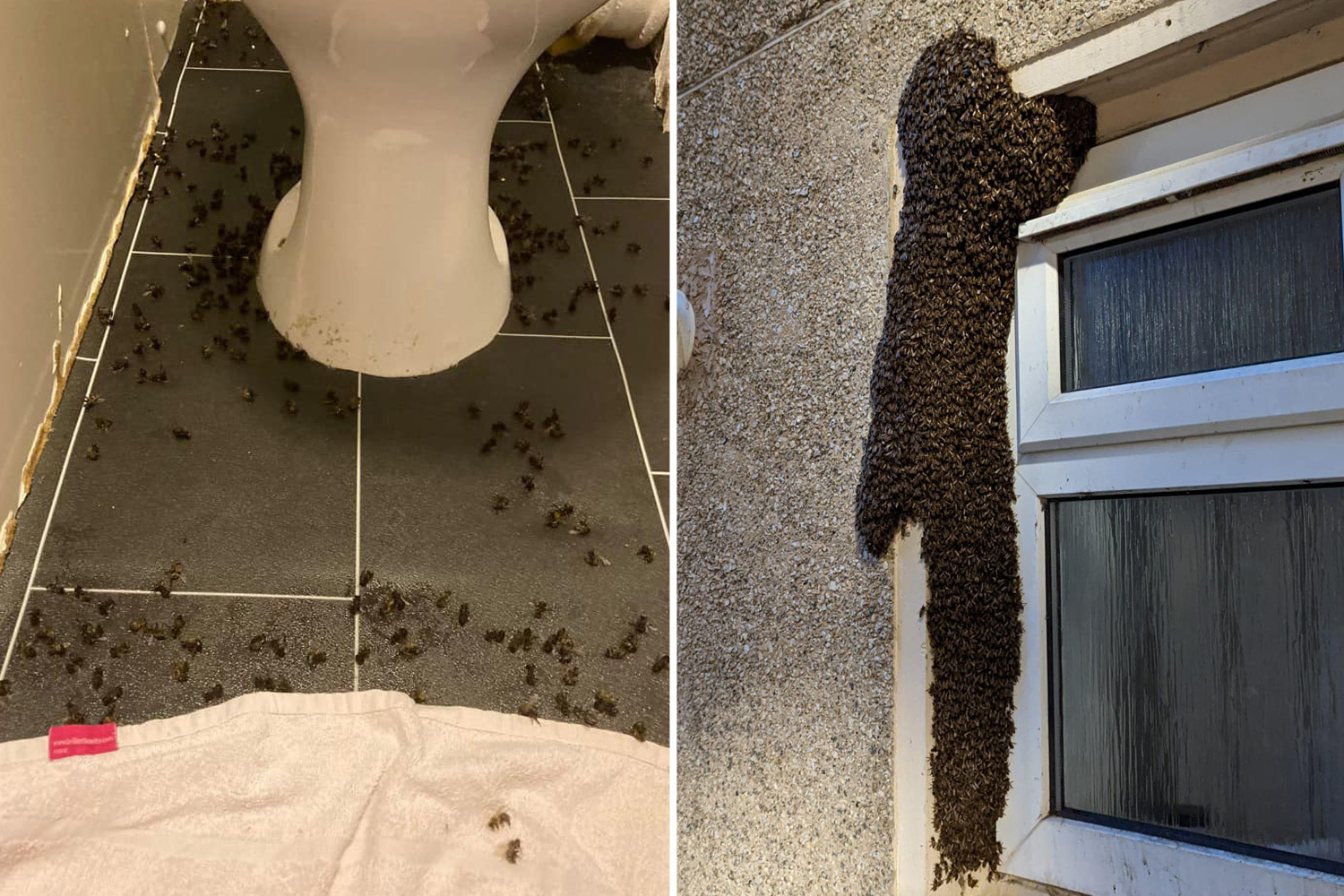 
A MUM has told how she and her daughter are living in fear after thousands of BEES swarmed their home.

Kayley Harding, 30, said her council-owned flat in West Bletchley, Bucks., has been “completely taken over” by three colonies of bees.

Shocking images show thousands of the insects in a dark mass around Kayley’s window, while hundreds lie scattered around her bathroom floor.

The mum said they have been appearing at her four-floor block of flats, where she lives with her nine-year-old daughter Lacey, every summer for the last three years.

But despite begging authorities for help, she claims little is being done to resolve the matter.

“They all seem to congregate on the ground floor overnight but in the morning they disperse and they’re all over the building.

“When they’re swarming, it honestly looks like a tornado. It’s awful.

“They sometimes swarm at the back of the building so we can’t really use the courtyard.”

She added: “You can stand on them at any time because they’re all on the stairwell.

“If my daughter gets stung, how do I know she’s not going to have an allergic reaction?”

Kayley said one of her neighbours in the Milton Keynes estate is allergic to bees and has had to lock herself away.

And she doesn’t want “get to the point where someone’s life is at risk”.

She explained: “My neighbour with an EpiPen is being moved to a hotel for tonight.

“But what is one night going to do? These bees have taken over.

“The council just don’t listen. I don’t think they’re taking it seriously at all.

“There are other children in the block. It’s just ridiculous.”

A Milton Keynes Council spokesperson said: “We’re carrying out a cleaning operation to remove the bees and have provided hotel accommodation for one resident.

“The council is looking at long-term solutions with our contractor.”