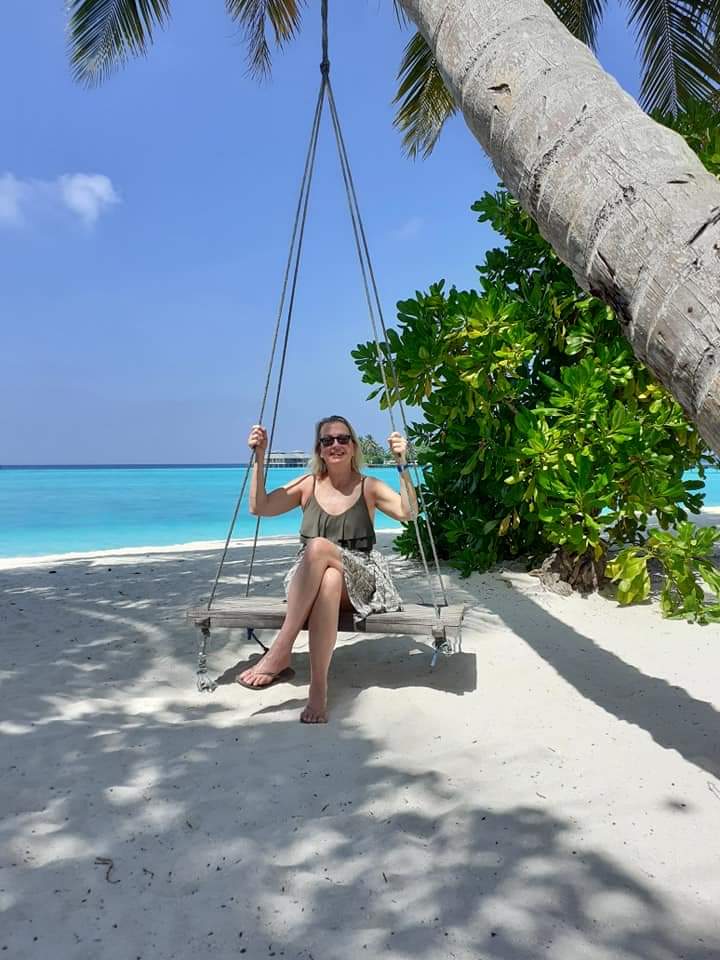 
POLLY Kildaras has just returned from a trip of a lifetime – and unlike most other people coming back from a holiday, she hasn’t spent a penny.

That’s because she won an all-expenses paid holiday in a competition – and it’s just one of thousands of prize she’s won over the past 20 years.

The 63-year-old from Kent has bagged everything from cash prizes and home appliances, to cars, bikes and musical instruments from her years of entering competitions.

Her lucky wins have also seen her travel the world, with holidays in the Maldives, Disney and Australia to name a few.

Last year, she bagged the sell-out Playstation 5 for her grandson after entering a prize draw she spotted on the back of a pack of Doritos.

Polly, who is semi-retired and works part-time as an exam invigilator, told UK Times: “I’ve been extremely successful and still enjoy my hobby.

“Just today, I got a winning text from Tesco for a night in a country hotel with a fancy dinner and travel allowance.

“I joke that comping is my job but I do actually put a lot of work into it, it’s not just luck.”

So how can you maximise your chances of winning top prizes – and is it worth the effort? We picked Polly’s brains to find out.

“It’s changed my life, because I never would have been able to afford all these trips.”

How did you start entering competitions?

I entered my first competition back in 1996. It was an all-expenses paid trip to New York, travelling there on the QE2 ship and returning on Concorde.

I spotted it on a packet of pork in my local supermarket and thought it sounded great. To enter, you had to write a slogan.

I didn’t win, but I did get the runner-up prize – a week’s all-inclusive trip to Alton Towers, staying in its newly opened hotel with £600 spending money.

I seemed to have a run of beginner’s luck and got three really good prizes in a row, and it got me hooked.

My other first wins were a dishwasher and a stereo.

In the past you often had to come up with a slogan or purchase an entry to a competition, but these days you can usually just fill in a form or enter on social media.

It’s not as much fun, but they’re certainly easier to find.

I usually look for competitions while I’m watching telly in the evening, and just enter whatever I can for around two hours.

What are the best prizes you’ve won?

One of my biggest wins was a trip around the US on a Miller beer branded jet worth a whopping £20,000 – holidays tend to be the most valuable prizes.

Because of competitions, I’ve barely every paid for a trip myself. Even when I want to go and visit my brother in the US, I use money I’ve won to buy the ticket.

I’ve probably win several thousand pounds’ worth of prizes every year on average.

I recently a £50 voucher for Harvey Nichols but because there isn’t one near me, I sold it for £30.

In the past I’ve won a flat screen TV and used the cash I got from selling it to pay my mortgage for two months.

The one prize I regret selling on is a piece of artwork by Damian Hirst. I reckon that’s increased in value significantly since then as he’s become more famous.

Getting on social media is important these days, and I find a lot of competitions on Instagram and Twitter.

Once you start entering them, you start to get ads in your feed for other competitions too.

Following brands you like can help you spot prize entry opportunities, and so can searching hashtags like #win or #winholiday.

You can search on Facebook too, or even Google, particularly if you have a specific prize in mind like a trip to a specific location.”

Local newspapers and free magazines are also a good source of potential prizes – and you might have a better chance of winning than with something more widely publicised as they’ll probably get fewer entries.

I follow Kent council online because it has prizes to win tickets to places like Leeds Castle.

It could also pay to find niche areas, like those based on hobbies, as there are likely to be fewer entries, plus you could win something you really want.

Target whatever’s going on in your life – if you’re having a baby, look for prizes offering a free pushchair.

Is there anything to watch out for?

Yes! You need to be sure that the competition you’re entering is from a legitimate brand and account, to avoid falling into a scam.

Jeremy Stern founder of PromoVeritas, a company behind promotions for the likes of Cadbury and Virgin, said: “Of course most promotions are completely legit, but beware that some people are definitely out to con you.

“Check there’s a link to the promotion on the brand’s website or other social pages.

“Ask yourself, is the prize too good to be true? And if it’s on social media, is there a blue tick to prove it’s genuine?”

What’s your advice to newbies?

You will get dry spells with no prizes, no matter how hard you work at it.

But then it’s like busses and you’ll get three wins at once.

People tell me I’m lucky, but I think it’s perseverance. They complain they didn’t win, but they didn’t enter.

Most people think if they don’t win the first one they enter, or they don’t win something in a couple of weeks that nobody does, and they give up. But if you keep at it you will win.