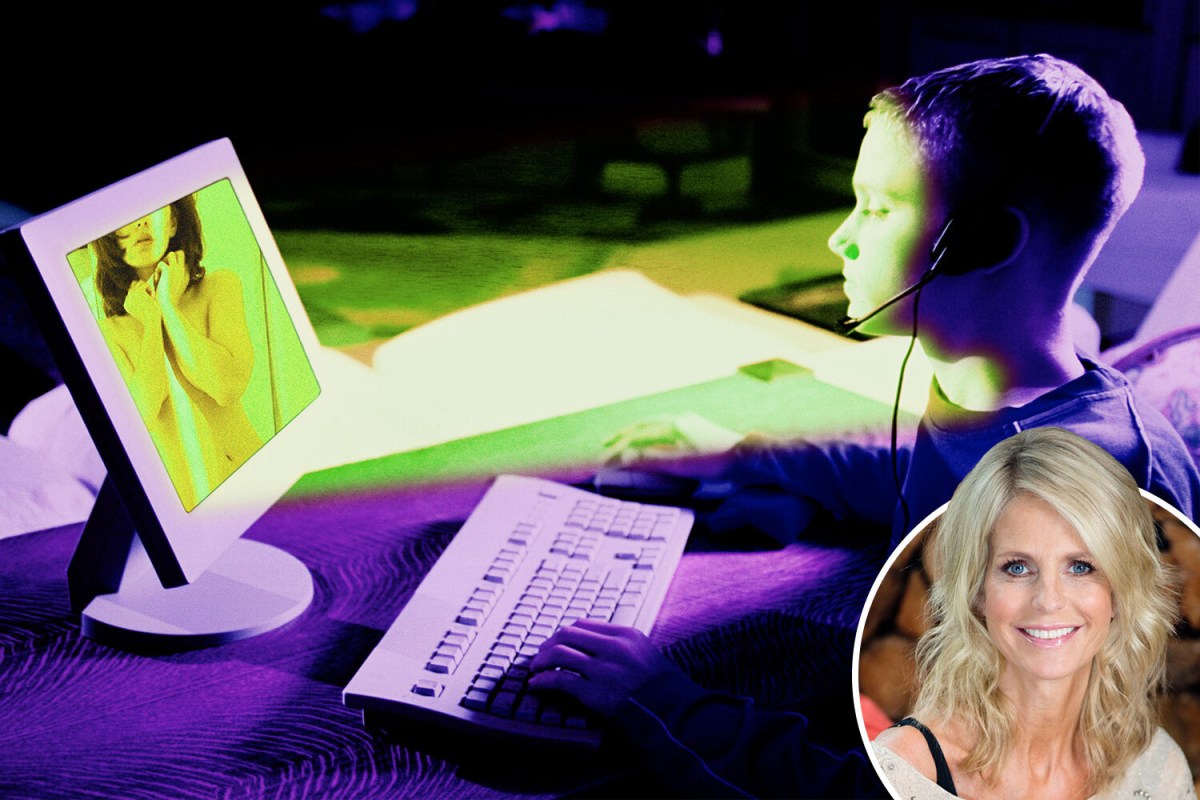 
I’VE always had a keen interest in sex education.

Not necessarily when I was being taught it. At that point I wasn’t quite sure what to make of all the plumbing and feats of engineering required to make this monumental act of love and pleasure happen.

But as an adult and, more importantly, as a mother of two boys and two girls.

Despite believing I have my finger on the pulse of young people, you can’t help inadvertently taking your eye off certain balls now and then.

I have always trusted schools and educators to do what is best. It has been a relief while raising four children, to hand over certain aspects of life to those who are professionally trained.

But I repeatedly come to the conclusion that we are failing our children in a crucial area: Sex education.

I don’t hold teachers responsible for this. There is a curriculum to which they are duty-bound to adhere.

It feels like this facet of education has not kept up with the lived experience of our kids.

This is an unedifying diet of spanking, choking and pounding in which the narrative, more often than not, is of punitive sex acts that serve to dominate and often degrade women for their sexuality and sexual desire.

There is no light and shade, no nuancing and no differentiation between sex, love-making and f***ing.

That is my interpretation of what I  have seen.

I have been on the receiving end of the sort of sexual behaviour which emanates from this stuff. And it seems so have very many young girls who, anecdotally, expect to be “choked” even when being kissed.

Vigorous sex can be enjoyable. But if we teach our children one thing at school while they experience something totally different in real life, there is clearly a problem.

I had it in my head that women were subordinate and I went forth into the world with that view.

To that end, I was keen to express to my own children that sex is an act of love. We know it isn’t always — it can simply be an act of enjoyment.

But I wanted them to see it as a loving, measured, egalitarian activity.

As parents, we play a crucial role. Schools are clearly not equipped to handle this alone — nor should they have to. It is up to us, as architects of our children’s personalities, to assert ourselves and guide them.

For many parents this will be awkward. Others will object on religious grounds. But we must never lose sight of the fact we are building the next generation.

Where is the discussion about contraception or the scene when things become painfully awkward, embarrassing and uncomfortable?

We have come a long way in discussions about our bodies and our sexuality, yet this crucial element has been largely ignored.

It need not be as complicated as some people think.

We must catch our children before they fall further into this demoralising, damaging pit of dislocation.

While walking my dog by the Thames, several boats of male rowers passed us.

As the last one went by, I said to myself: “Oh, ding, dong!”. It was a cheap, childish, sexist whisper under my breath.

Then, without warning, four fingers were in my mouth and a loud wolf-whistle emerged across the river – from my sweet, innocent lips to their firm, glistening bodies. Loud enough to make the men look around. Oh, how I giggled. I understand it wasn’t funny or clever. It was by no means an act of misandry.

It was purely a dabble of objectification and puerile, momentary lust in some warped quid pro quo for all those times I’ve walked past scaffolding or cars occupied by men who’ve viewed me as totty, a piece of meat or a symbol of their sexual arousal.

At the time, I will have blushed and cringed and hanged my head in shame, my body burning with embarrassment and awkwardness and tinged with fear.

Yes, Tuesday was a small act of rebellion. It wasn’t revenge.

I was a single woman by the river, observing lots of men.

But it made me chuckle to myself. It gave me a very brief moment of joy and fun.

THERE are many reasons why I’m not an athlete, Olympic or otherwise. A quick glance at my body offers one justification.

When I run, it looks like I’m running for help. I swim well enough but can’t put the shot or ride a bike at lightning speed.

To me, athletes at high level are superhuman. They possess something us mere mortals don’t. They are driven and fuelled by something different.

I count a couple as good friends but at the same time, I can’t deny I’ve felt a clear disconnect from this breed of human.

It’s their sense of self, their unwavering confidence, their values and mentality.

Suddenly, a light has been shone on elite sports, revealing the intense pressure under which they operate.  Gymnast Simone Biles, tennis star Naomi Osaka and England cricketer Ben Stokes have each opened up about their mental health and showed these amazing beings aren’t machines but are made of the same stuff as us.

But when former Olympic wrestling champ Henry Cejudo tells Biles she needs “to check herself”, you realise not all of them are capable of emotional intelligence.

I feel humbled by those brilliant sportsmen and women who have showed no fear in discussing their mental wellbeing – and proved that, in spite of being so special, they are mortal too.