I was embarrassed over my mixed race family as a kid, says Rochelle Humes 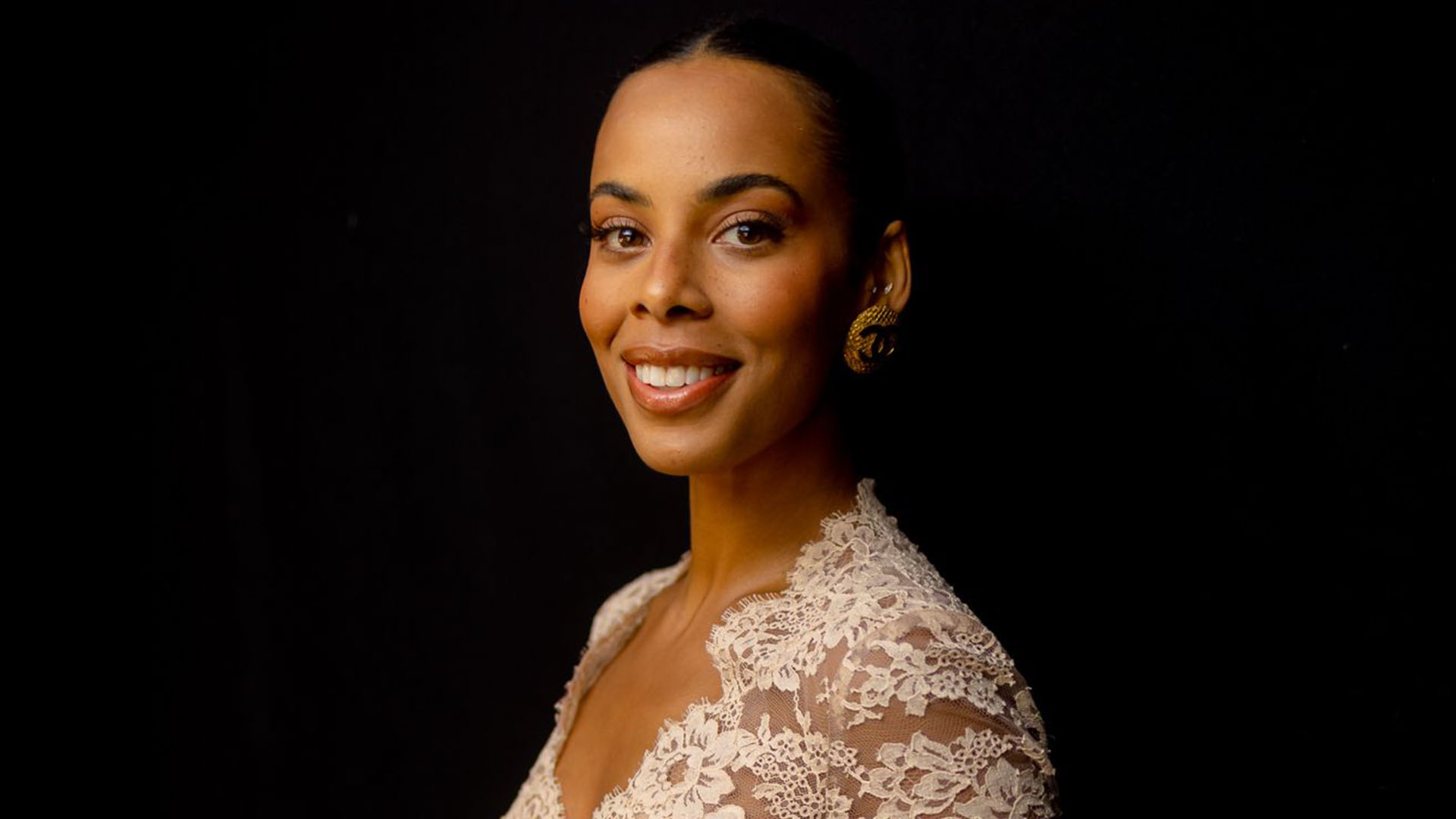 
ROCHELLE Humes has admitted she felt “embarrassed” growing up as a mixed-race child in a white household.

As a teen, the This Morning star felt she came with a “disclaimer”, forcing her to explain that her Jamaican-born biological father was not in her life and that she lived with her mum, stepdad and their daughter.

Rochelle, 33, had dreamed of one day having the ‘picture perfect’ family, but says becoming a mother helped her realise appearances do not matter.

She has slammed the stereotype of a traditional family — and now “doesn’t give a s**t” what other people think.

Rochelle, who grew up with her mum Roz Wiseman, stepdad and sister Emily, 29, in Barking, East London, said: “My mum and dad split when I was less than one, and then she moved on and had my sister with another guy, who was lovely. But me and my sister looked completely different, she is white and I am half black.

“And we’re all brainwashed to think things should look a certain way. I think that was a lot of what was wrong when I was young.

“I was embarrassed if I had my stepdad turn up to school. I used to feel I had to explain everything. ‘Oh this is my sister, I know we don’t look alike’.

“I’d come with this whole disclaimer defending what people saw because I was worried people would think, ‘Oh, what’s going on there then?’

“But actually the older I’ve got, I actually don’t give a s**t — that’s my family and that is what’s made me, me.”

‘IT HAS BEEN SUCH A ROLLERCOASTER OF A JOURNEY’

Rochelle went on: “People feel entitled to know a lot as well, and it doesn’t come from a bad place, just a place where they have grown up with their parents their whole life.

“Well, then that is lovely for you. But that isn’t the way it looks for everybody. I actually think the older you get, you realise it’s rare.

“I always wanted this ‘picture perfect’ family as a kid. When I got older and I had my own, on paper, people would think we are picture perfect. But now I really don’t care about that.

“If we stepped into a room, my sister Emily would be the last person that you would think is my sister, but she is my sister.

“I go against every stereotype when it comes to family, because mine has been such a rollercoaster of a journey to get to where I am now.”

Rochelle, who shot to fame in 2007 with girl group The Saturdays and has gone on to launch a successful career as a TV presenter, has never had a relationship with her father, Mark Piper.

Roz, a former paramedic, had tried to ease her daughter’s suffering by telling her that he had left the family home because “some dads aren’t very good at looking after daughters. Mummies are better with girls”.

But the former S Club 8 singer has told previously how she was devastated to learn as a teenager that Mark had gone on to father three more children — Jake and Lili, both 26, and Sophie, 23 — with his partner, Julie.

Rochelle eventually reunited with her sisters and brother in her late twenties after Lili’s friend Love Islander Kem Cetinay, 26, passed on her number at a Christmas party.

Today, Rochelle — who married JLS singer and radio DJ Marvin, 37, in 2012 — has a strong relationship with her siblings.

She told how she refuses to call them “step” or “half” siblings, saying: “They are not half of me, they are very much the whole of me.

“I have three sisters, and one brother, and we have a few different genes between us. But we are all siblings. That’s the way I look at it.”

It took becoming a mother to Alaia, eight, Valentina, five, and one-year-old Blake for Rochelle to rule out any future relationship with her dad Mark.

I go against every stereotype when it comes to family, because mine has been such a rollercoaster of a journey to get to where I am now.

She admits that in an ideal world she would want them to get to know their grandfather, but she fears he would let them down just as he did to her. Rochelle, who was speaking on Kate Ferdinand’s Blended podcast, said: “I found out as an early teen that my dad had two other daughters.

‘I DIDN’T KNOW MY DAD ENOUGH TO RESPECT HIM’

“I remember thinking, ‘Oh, so he’s looking after them. Why am I the one who doesn’t have a part of him?’

“And obviously that was a big part for me and my family because that was my black side of the family — the whole culture that for a time I missed out on.

“It was my life and I didn’t know any different. At certain times it upset me, but that was the norm. It wasn’t until I had my own kids that I thought, ‘Oh my goodness’. I just couldn’t understand. That’s where my respect went — from not having much because I didn’t know him enough to respect him.

“I completely lost interest in getting to know that side of me, because I just didn’t understand how you could have that choice and not be present.

“It went against everything I felt naturally towards my own kids. But it resolved it for me, weirdly, because I was always curious until then.”

She went on: “A lot of people have that thing where they say, ‘I’ve got my own kids, I want them to know their grandparents’.

“Which of course, in an ideal world, that would be exactly what I would want.

“However, because of my own experiences, I don’t think I would put my children in a position for them to be the ones that were waiting for grandad.

“I’ve been let down, and I’ve got control over that.

Why would I do that again to kids that I’m raising, when I have the control to not make that a thing?

“But I really respect that my siblings’ stories are different and I would never want to cloud their vision of who and what he is to them.

“They do have an experience of him being a dad to them so I would never discredit that. I just have a relationship with my siblings and that’s the way it is.

“When I became close to them, my mum was super happy for me. I’m so lucky because they — particularly Lili — have quite a close relationship with her and it’s evolved into something special.