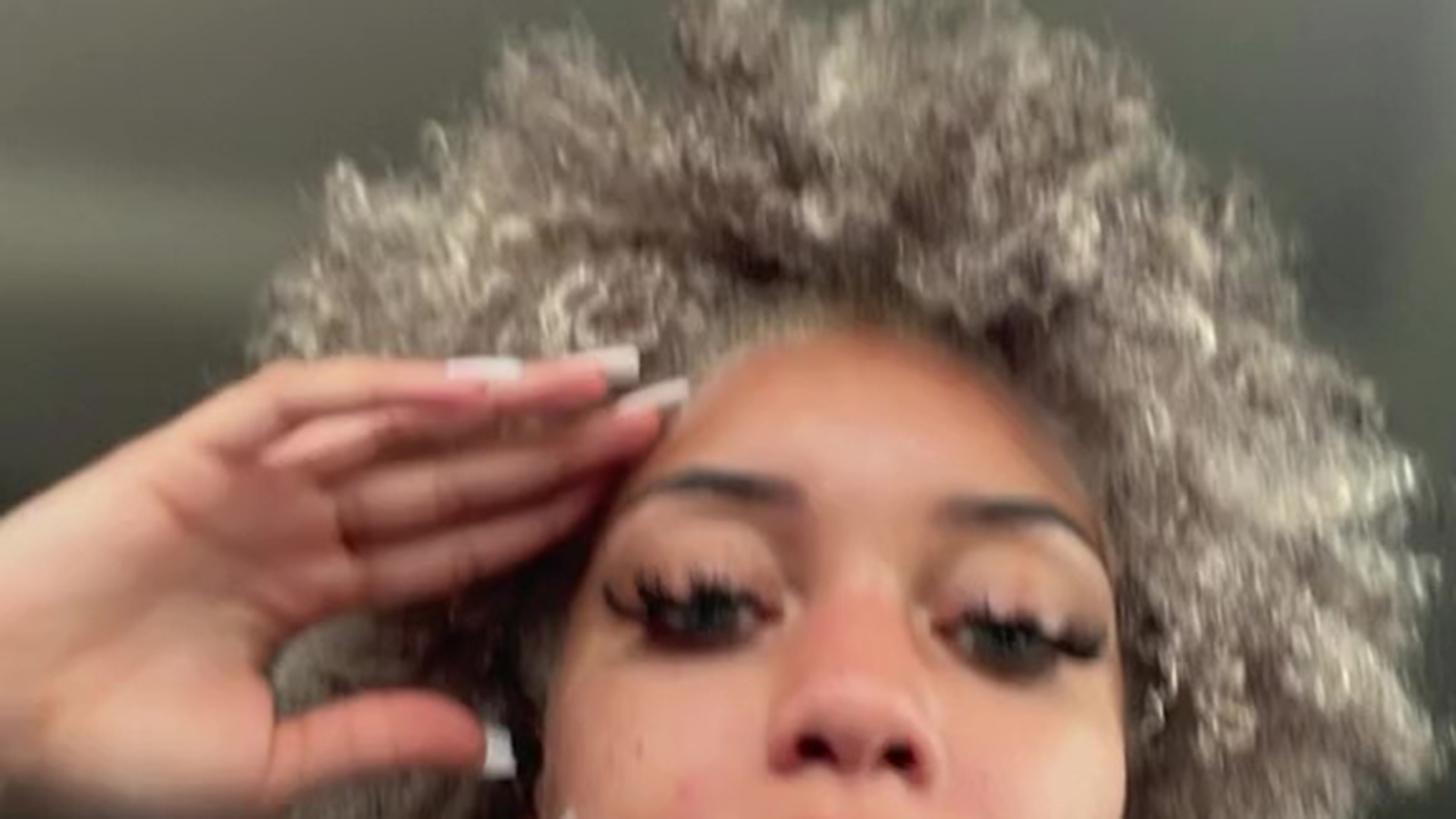 
GOING to get your hair done is something very exciting, after all, who doesn’t love a trip to the salon?

But one woman was left horrified after her visit didn’t go as she’d hoped.

Deborah Lynn, from Chicago, US, was hoping to add some highlights to her curly hair but things didn’t go to plan when her hairstylist attempted to bleach it all and left chemical burns on her cheeks from the peroxide.

Deborah took to TikTok to share the drastic before and after of her salon appointment after the stylist caused chemical burns on her face.

She revealed that she was hoping to add some highlights to her curly hair but her salon appointment ended in her looking like “Frankenstein’s bride”, according to her followers.

In the video, Deborah shows a picture of the hairstyle that she asked her hairdresser for.

She then shows a picture of what her hair looked like before the appointment.

Following this, she said: “After he bleached my hair without permission, cut more than half of it off and burned my face.”

She explained: “PSA: I’m aware you have to use bleach to highlight hair, but he bleached MY WHOLE HEAD from the root when we already discussed what I wanted.”

Deborah explained that the hairstylist had tried to bleach her thick, black curls rather than just part them like she wanted, but it was the fact that she was left with chemical burns on her skin that left people stunned.

Deborah’s video has clearly shocked many, as it has racked up a whopping 2million views.

She was then met with overwhelming support from TikTokers who shared in her outrage at the shocking result.

One user said: “He gave you that bride of Frankenstein dye.”

Another wrote: “Omg, they bleached everything and not even the right colour. I bet they didn’t use a toner.”

A third commented: “He wasn’t supposed to bleach the whole head. You wanted silver highlights so he should’ve bleached the golden tones in your hair, and tone them.”