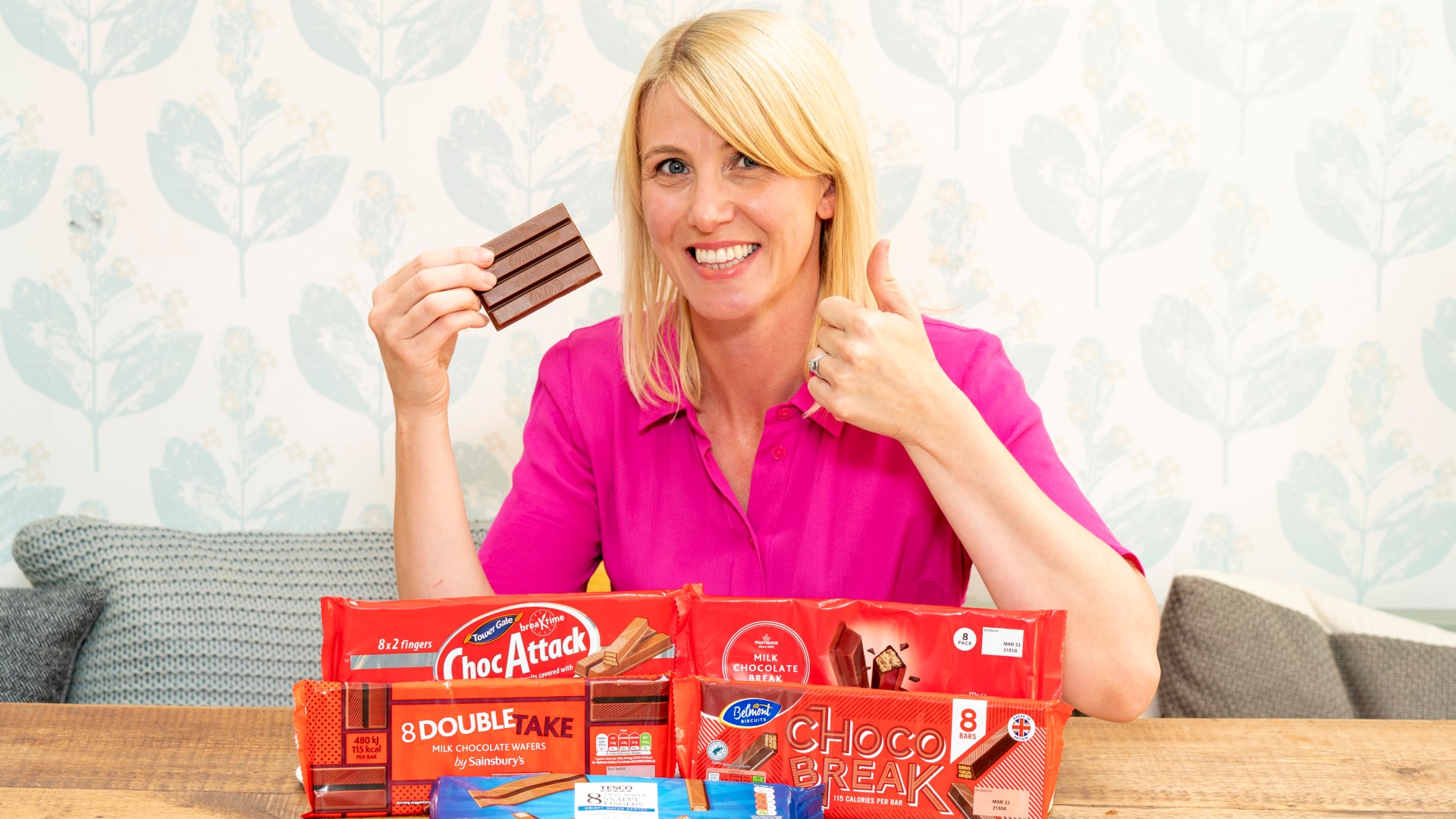 
HAVING a break and having a KitKat . . . is breaking the bank!

The treat is soaring in price, with maker Nestle putting them up by 6.5 per cent already this year.

It’s another blow to cash-strapped households, but can you get that chocolate/biscuit combo fix for less elsewhere?

Mum-of-three Lynsey Hope puts some own-brand alternatives to the test and gives her verdict and marks out of ten.

The chocolate on these fell short on flavour and tasted quite cheap.

All of the own brands have the same criss-cross pattern on the chocolate and look virtually identical.

I wasn’t too sure on the “snappy fingers” branding.

The Morrisons version didn’t have the “snap” you get from a KitKat, but, actually, they tasted pretty good.

The chocolate was smooth and tasty, the wafer had a nice crunch and wasn’t dry like some of the other alternatives.

A winning option from Morrisons.

Tasted pretty good, but the best thing about it was the price.

Plus it is 15p cheaper per 100g than the original KitKat and small savings add up.

The chocolate was lovely and with your eyes closed you wouldn’t know you weren’t eating the real thing.

If I was being picky I’d say the Aldi version was a little dry.

The wafer didn’t have quite the right crunch and the chocolate was a little tasteless.

They are, however, the cheapest around and most kids would have no idea they are eating a KitKat dupe.

I liked the Sainsbury’s Double Take.

It was a little bigger than the KitKat and the chocolate seemed a little thicker.

They had a lovely flavour and were so nice, in fact, I actually thought they were better than the original.